Pete Santilli deemed a flight risk,
a danger to the population and possible mental health issues!

A Federal Magistrate has held Sandy Hook Hoaxer Pete Santilli without bail pending Santilli's trial for Conspiracy to Impede a Federal Official for his role, among other things, as a III % participating in the armed occupation of Malheur National Refuge, in Burns, Oregon.  Santilli's attorney indicated they would appeal the ruling to another Judge tomorrow.  This blog post will be updated with that ruling.

[The judge] cited Santilli's lack of ties to Oregon, the nature of his alleged offense, his role in the nearly month-long refuge occupation, the lack of an appropriate plan offered for his release, unstable residence and mental health concerns, according to Beckerman's detention order. She also cited statements he made in October, regarding complying with a government order. OregonLive http://www.oregonlive.com/oregon-standoff/2016/02/pete_santilli_ordered_held_wil.h 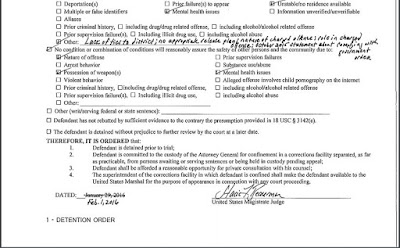 Santilli promising to march Bundy's militia on Newtown because Pete Santilli belevies Sandy Hook was a hoax, along with every other conspiracy theory that comes his way.
http://sandyhookanalysis.blogspot.com/2016/01/pete-santilli-promises-to-march-militia.html

Here is Pete Santilli, while wearing his "press" vest and using a bullhorn, screaming at a counter-protester. 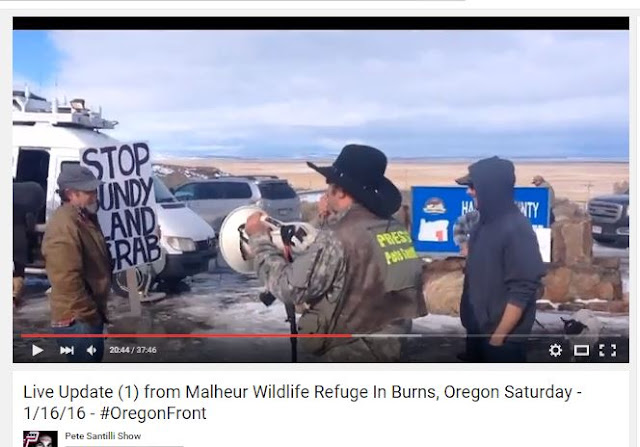 Presented by SandyHookFacts.com at 5:33 PM

I'm sorry, was that my "outside" voice?