This is a comprehensive debunking of claims by Sandy Hook "hoaxers" as researched by Sandy Hook Expert Mike  Flagg.   The Sandy Hook massacre took place December 14, 2014 in a village of Newtown, Connecticut.  Subsequent to that horrific shooting, Sandy Hook Hoax was created by Youtubers and Bloggers.  Sandy Hook Hoax is a fiction, a fabricated "event"  contrived by conspiracy theorists using 'photoshopped' images, fraudulent evidence, and carefully snipped video presented to paint the Sandy Hook Massacre as a "False Flag' operation.   -- C.W. Wade

Part I of Michael Flagg's Debunking can be found here:
http://sandyhookanalysis.blogspot.com/2014/07/sandy-hook-hoax-claims-debunked.html

21. The claim that we were lied about when school evacuation times were, via the final report timeline, due to the dash camera recordings not matching up.

The information contained in this report is based on the documentation, audio, video, and statements, provided to us by Newtown Police Department in September of 2013." https://www.cpcanet.org/site/assets/files/1144/cpca_newtown_report_final.pdf (Archive: https://web.archive.org/web/20140709201732/https://www.cpcanet.org/site/assets/files/1144/cpca_newtown_report_final.pdf)

22. The claim that Lenny Pozner, father of victim Noah Pozner, was not at his son's funeral.
23. The claim that the money shown in a photo, from the final report, was found in Victoria Soto's classroom.

24. The claim that TransAct Technologies, where Benjamin Wyatt works at, is not a real business.

One Hamden Center: http://www.belfontiproperties.com/commercial_onehamden.php (Archive: https://archive.today/WVvDF)
2319 Whitney Ave, Suite 3B
Hamden, CT 06518
25. The claim that Steve DeMartino, who is on the mailing address for sending checks to donate for Allison Wyatt Memorial Fund and Fund For Allison's Sister, is the name of someone who has passed away before December 14, 2012.
26. The claim that two nuns are wearing identification badges, wearing 511 Tactical Shoes, and that one nun is carrying a gun under her coat.

27. The claim that a 2010 forum post, by kathaksung, predicted the Sandy Hook Elementary School shooting.
28. Sandy Hook appearing on the Gotham City map in The Dark Knight Rises movie.
My husband was always doing stuff like that if the movie permitted it and it received approval (directors, producers have the final say). I am sure the people in the film didn’t even know that Sandy Hook was a real place, just sounds cool for a film’s map." http://www.insanemedia.net/susan-getzinger-exclusive-interview-scott-getzinger-batman-map/1287 (Archive: https://archive.today/iCKwl)

30. The claim that Lt. Paul Vance said that anyone who spreads misinformation about the Sandy Hook, December 14th shooting, will be prosecuted.
Lt. Vance is clearly referring to what is found to be state or federal law violations, as also noted in the official press release below.
31. The number of students who attended Sandy Hook Elementary School.
Two students probably left between the time frame of November 30th and December 13th, though getting that confirmed would be great.

Even if you have a whole family on the same account, the last 3 digits of the membership number will be different to denote each individual person. 221 for AL; 201 for Ryan.

Just going by the numbers above, there were 40 people in AL's path. From those 40 people, 28 were shot, which is a 70% ratio (28 divided by 40 x 100). That is going by targets (40 people that could have been shot) and hits (28 people that were shot). Kill-to-wounded ratio is being used in a tactical sense, but this was a school shooting, not a war, and AL had the intention to shoot as many people as he could. After all, AL fired 154 rounds and officers found 253 live rounds on his body.
Considering there were 80 rounds fired in room 8 (1 child unharmed) and 49 rounds fired in room 10 (11 children unharmed), that shows AL was not the "all-time world accuracy record" that has been claimed.

34. The claim that Christopher Manfredonia was in the woods and wearing camo pants.
A guy was being walked out of the woods in handcuffs.
He walked by people, looked into a parent's eyes, and said "I didn't do it."
At the time of the witness being interviewed, the guy was sitting in the front of a police car.
The witness did not see him with a gun.
The witness describes him wearing camo pants with a dark jacket.
"I know Chris. His daughter was in the same class as my son for two years ( k and 1st) I also know the officer who tackled him, by a side door of the school ( by playground, which was near our classes door, and why he went that way. He was there a minute or two before me, saw gun smoke and went to find daughter. Came around the corner with cell phone in hAnd. Was tackled and held until our class came out and his daughter called him daddy. He was wearing khakis, loafers and a polo... Standard fair for an athletic director." (Facebook message.)

"Chris Manfredonia, whose 6-year-old daughter attends the school, was heading there Friday morning to help make gingerbread houses with first-graders when he heard popping sounds and smelled sulfur.

He ran around the school trying to reach his daughter and was briefly handcuffed by police. He later found his child, who had been locked in a small room with a teacher." http://articles.latimes.com/2012/dec/14/nation/la-na-1215-newtown-school-shooting-20121215 (Archive: https://archive.today/XIx8J)

"On Friday morning, her husband, Chris, went to help make gingerbread houses in the first-grade class of the couple’s daughter. As he approached the school, he heard popping sounds, then smelled sulfur.

He attempted to reach his daughter by going around the side of the school. Police had arrived by then, stopped him and briefly handcuffed him." http://articles.latimes.com/2012/dec/14/nation/la-na-nn-sandy-hook-connecticut-school-shooting-20121214 (Archive: https://archive.today/6kshG)

"A couple of FCIAC athletic directors also have close ties to Newtown. Fairfield Warde AD Chris Manfredonia not only has a daughter at Sandy Hook Elementary School, but he had just pulled into the parking lot and was on his way into the school to help his daughter's class build a gingerbread house when he heard shots ring out." http://www.thehour.com/sports/george-albano-column-tragedy-in-newtown-has-hit-home/article_a0812fe4-4b60-5300-aaf1-c08c51ff25fc.html

"Several officers ran to the playground on the side of the school to assist McGowan in arresting Christopher Manfredonia, who was walking into the school to help make gingerbread men when he heard shots. Manfredonia was running towards the side of the building where his daughters classroom was located when police tackled him." http://articles.courant.com/2014-02-24/news/hc-sandy-hook-police-video-20140224_1_officers-school-security-expert-sandy-hook-elementary-school (Archive: https://archive.today/tx8y8)

CFS 1200704559\Book 5\00014498.pdf, page 2 is the summary report of the statement provided by Christopher Manfredonia: https://drive.google.com/file/d/0B3-vhpZ_3PTLMjVnbVdXNUtmTTg/edit?usp=sharing


35. Noah Pozner did not have an autopsy done.
However; Lenny Pozner, father of victim Noah Pozner, got this cleared up after emailing James Gill, Chief Medical Examiner (who also stated they define an autopsy as an external and internal postmortem examination): "Unfortunately, in my cover letter to the State Police, I incorrectly used "26 autopsy reports" and this was then later included in State Police report. I am sorry for the confusion this has caused you and I have contacted Alison Peters of the State Police to let her know." http://imgur.com/kPLK6m1.jpg

Original email: https://drive.google.com/file/d/0B3-vhpZ_3PTLbW1VcjBnU3BjODg/edit?usp=sharing
Unlike what Bridget modified in Leslie's email response with: "We updated the sweat band inside in 2013….but we continued to sell through the previous sweat band until stock levels depleted…However the new sweat band is pictured in this photo you have sent me. This is odd given the information you have given me," the actual truth, straight from Vice President Brian Yang at Flexfit, is: "We have made the inner sweatband changes which took place in 2014. Therefore, the sweatband with “Flexfit” legible ones were produced between 2005, when we launched the product line until 2014 when we made the running change."

Page 1: "Turning to Head-O-Meadow, it is a flat, ADA compliant school, and the only elementary school with air conditioning."  http://www.newtown.k12.ct.us/Portals/Newtown/District/docs/BOARD%20OF%20EDUCATION/BOE%20SubComm/4-13-11.SubComm.minutes.pdf (Archive: https://web.archive.org/web/20140904210320/http://www.newtown.k12.ct.us/Portals/Newtown/District/docs/BOARD%20OF%20EDUCATION/BOE%20SubComm/4-13-11.SubComm.minutes.pdf)
Page 12: "The middle school is also not ADA compliant"

Page 14: Under Savings Scenario:
"Hawley and the middle school’s ADA issues make them less likely candidates""Sandy Hook did not fit any of the likely configuration scenarios" http://www.newtown.k12.ct.us/Portals/Newtown/District/docs/BOARD%20OF%20EDUCATION/BOE%20Presentations/2011-2012%20presentations/Rec%20of%20BoE%20Ad%20Hoc%20Facilities%20Subcomm.pdf (Archive: https://web.archive.org/web/20140904210129/http://www.newtown.k12.ct.us/Portals/Newtown/District/docs/BOARD%20OF%20EDUCATION/BOE%20Presentations/2011-2012%20presentations/Rec%20of%20BoE%20Ad%20Hoc%20Facilities%20Subcomm.pdf)
Since Sandy Hook Elementary School was built in 1956, Crystal Lake Elementary School is a good example to use since it is still an operating school. While there is a lot that can be shown to prove Crystal Lake Elementary was and is still an operating school, I will just show some information as to not go too off-topic.Crystal Lake Elementary School website: http://www.ellingtonpublicschools.org/page.cfm?p=2068 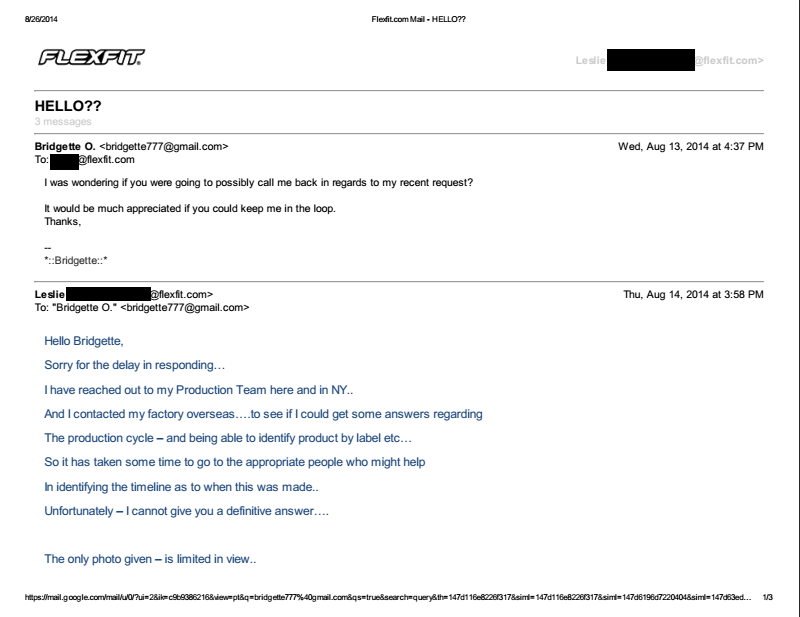 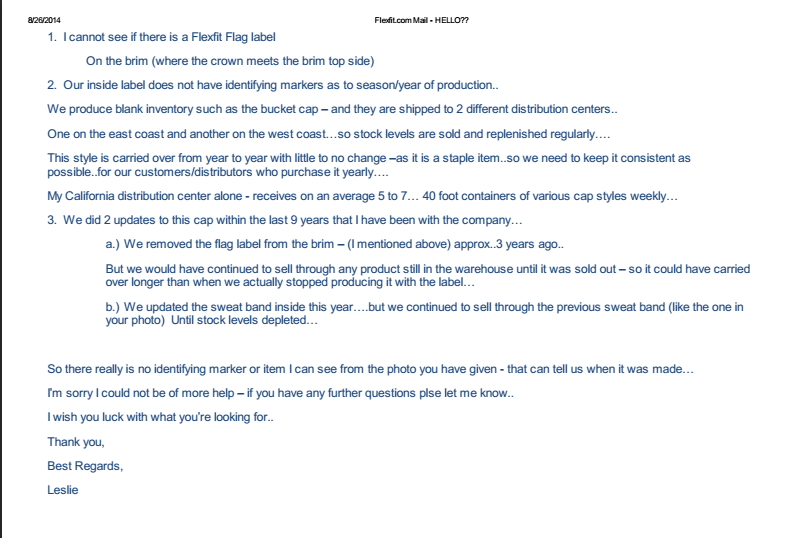 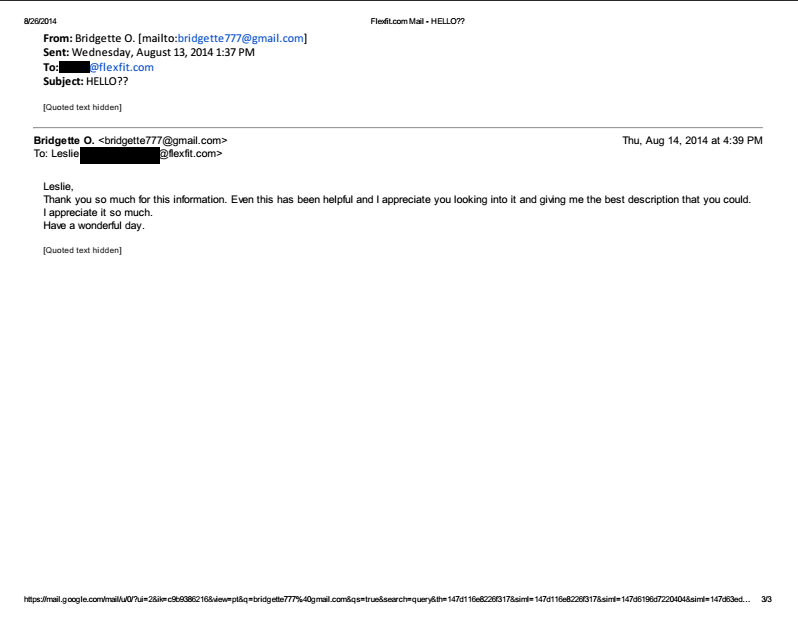 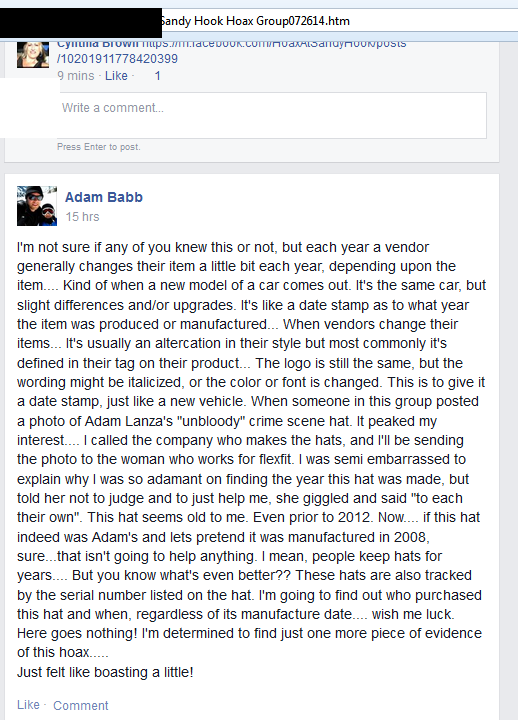 Presented by CW Wade at 8:20 PM No comments: