These documents, which could not be legally or logically forged are proof of the exam conducted by the Chief Medical Examiner after Noah was shot to death at Sandy Hook Elementary School.

It should be noted that these documents add final clarity to the misinformation that has been spread around the internet that Noah Pozner was shot eleven times. Misinformation Lenny Pozner has attempted to quash many times.

According to the documents released by Lenny Pozner, Noah was shot three times. Once to his finger, once to the face, and once through both cavities of his chest, a shot that also passed through his arm.


In regards to the hand wound of Noah, Lenny stated:

"I asked if the injury to the hand was a defensive wound and was told "probably not." I didn't believe it when [Dr. H. Wayne] Carver said that to me as I assumed he didn't want me to dwell on children suffering in fear."


These documents have been released by the father as part of his concerted effort to reach out and help answer legitimate questions in regards to the events that befell his family that day.

These documents add to other documents Lenny has also released: Noah Pozners Death Certificate and Kindergarten report card in addition to another medical exam document.


As to the postmortem exam itself, horrific and heartbreaking are the only words I can use to describe these documents.  I found it difficult to contain emotion reading them.

Ironically, Sandy Hook Conspiracy Theorists known as "Hoaxers" have claimed that the lack of details concerning the victims and their wounds and the lack of death certificates are proof of hoax.  You would think that the release of such significant documents and proof would cause them some pause or empathy, since the proof is now before them in black and white.


That is not the response you find from many Sandy Hook Conspiracy Theorists.  The leadership response of Sandy Hook Hoaxers has been despicable. 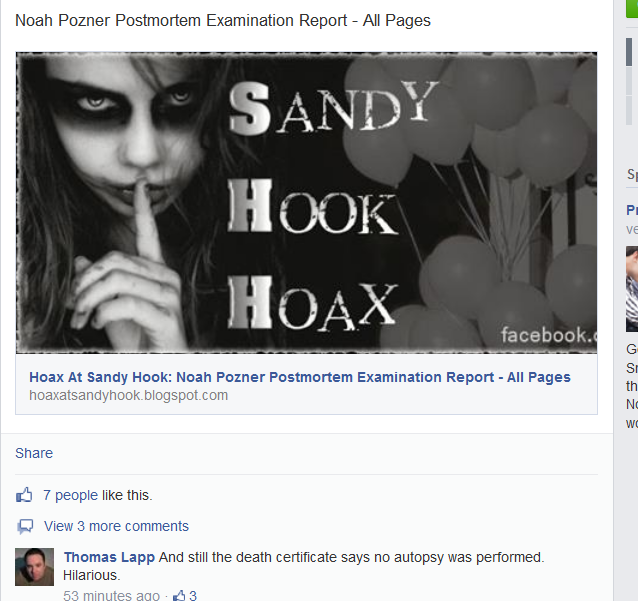 
"And still the death certificate says no autopsy was performed. Hilarious."

It is beyond my comprehension to see how anyone could find the documents describing gunshot wounds to a murdered child as "hilarious"; however, apparently Thomas Lapp finds the this sort of thing amusing.

Thomas Lapp is not alone in his vitriol. Many Sandy Hook Conspiracy Theorists have expressed similar sentiment towards Lenny Pozner's attempts to making himself answer their questions and to make these personal documents available.


"LMAO - nobody gives a shit about you Lenny Pozner
they realize you are a complete waste of time."

Deborah Thornton  also found it amusing on some level:


"Funny, it's the Pozners, the most suspect family of all,
coming out with these faked b&d certificates.  Sorry perps, not buyin' it."


"For us to believe your documents, we must believe
you had a son that died and we don't."

Evee Disa Froebig has responded that Lenny should instead try to:


"Become a whitleblower" and "save yourself from criminal prosecution"

I could literally copy and paste similar responses from these vile and disturbed people all day; however, to what end?

This exemplifies the harassment endured by the victims of the Sandy Hook tragedy.

I believe society should take note of people who act in such a fashion because so often the warning signs of violence and mental disease are there and simply ignored.  Similar to Andrew Truelove the accused burglar of Sandy Hook memorial signs,  Adam Heller, the teacher in New York, and Sandy Hook Hoaxer and Las Vegas shooter Jared Miller, these Sandy Hoaxers could very well represent a danger to themselves, their families, to children, and to others.


Do we continue, as a society, continue to ignore these warning signs? 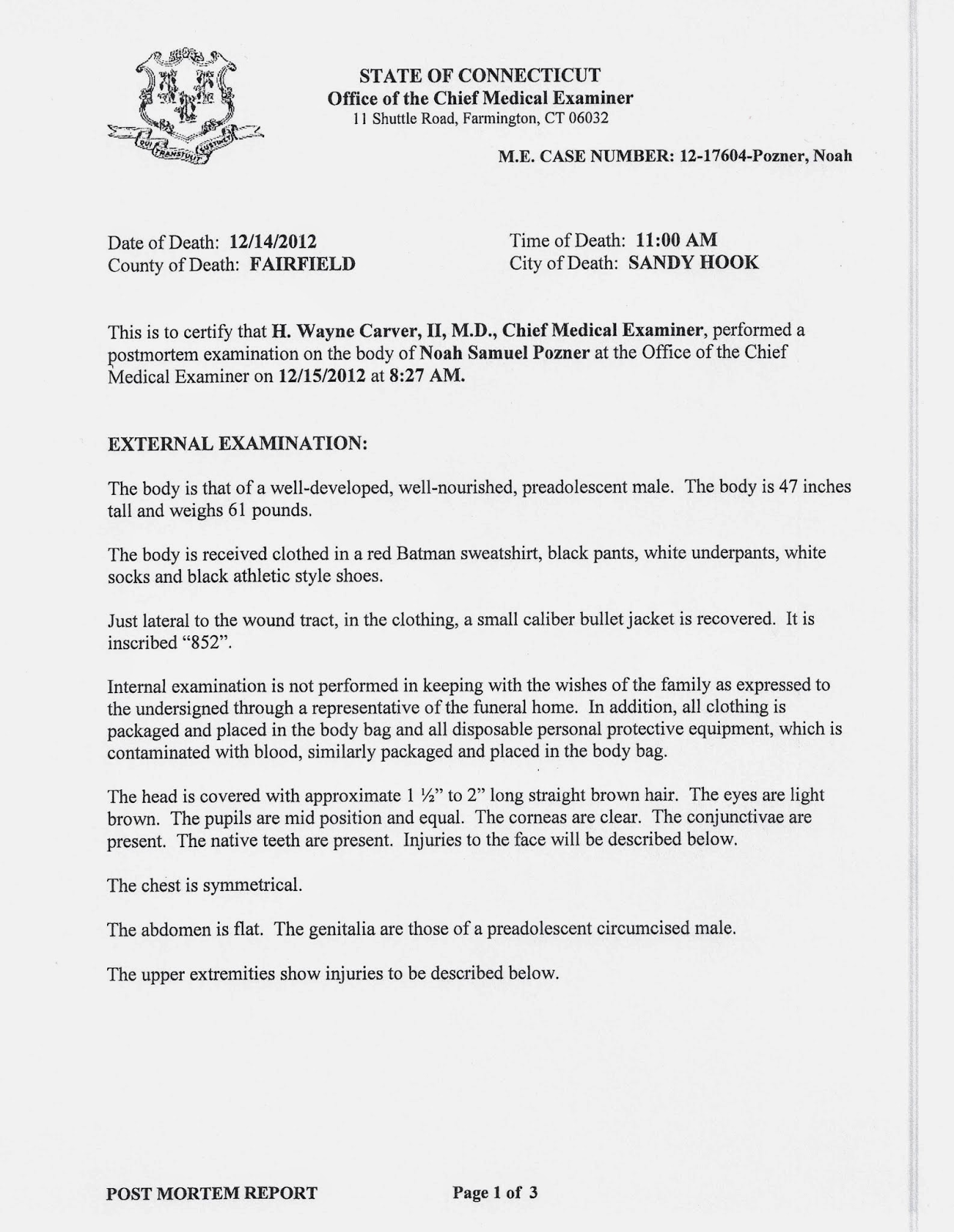 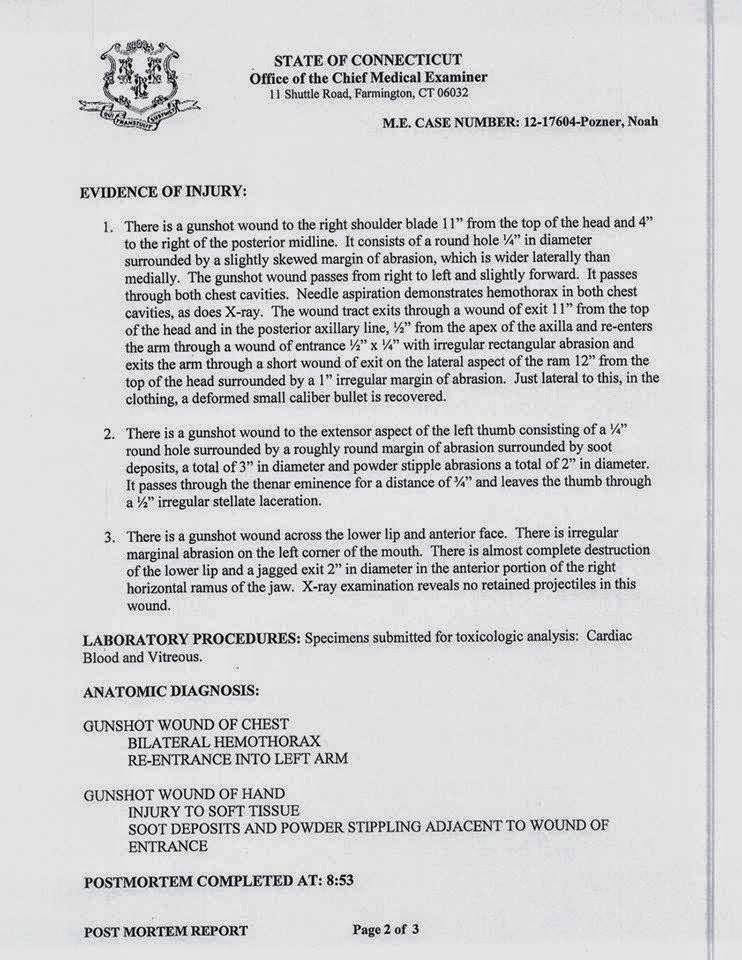 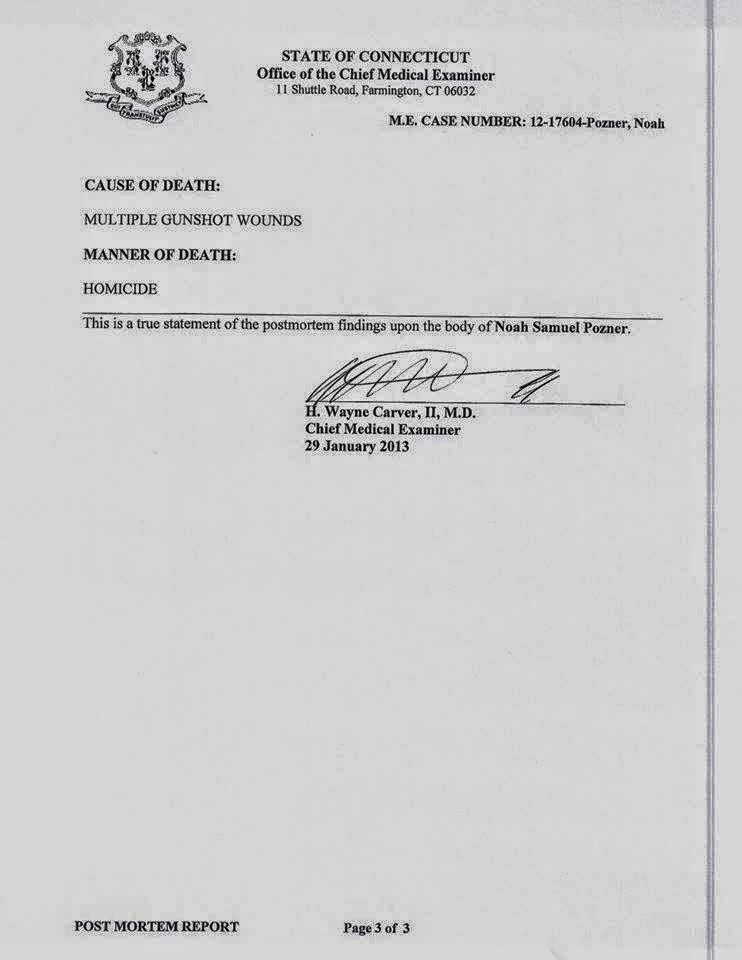 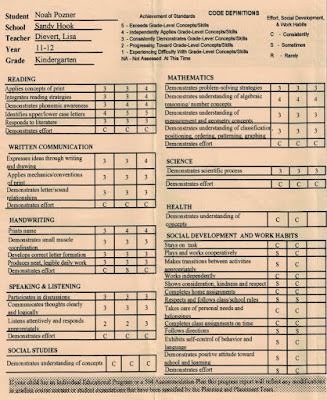 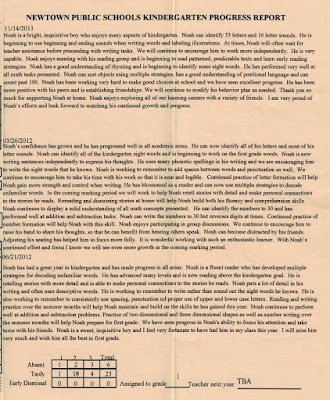 Rest in Peace Noah Pozner,
you and your classmates are missed. 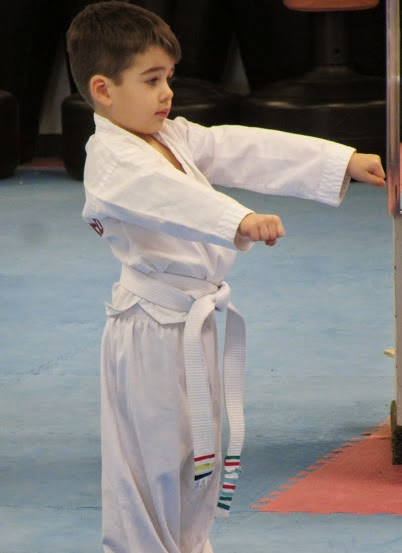 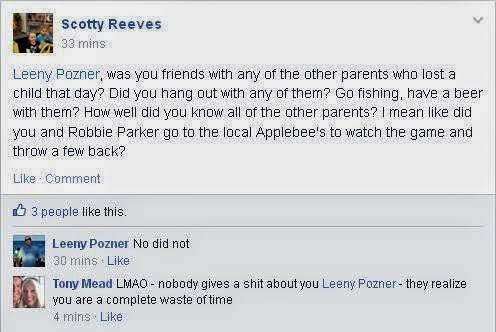 is sandy hook a city or a county?
where is newton?

Sandy Hook is a district within the Town of Newtown.