Circulating the internet from unverified sources is a screen shot of what appears to be a thread posted to 4chan yesterday.  The anonymous poster claims they played starfighter with Adam Lanza and the photo is a capture of the Sandy Hook shooter. 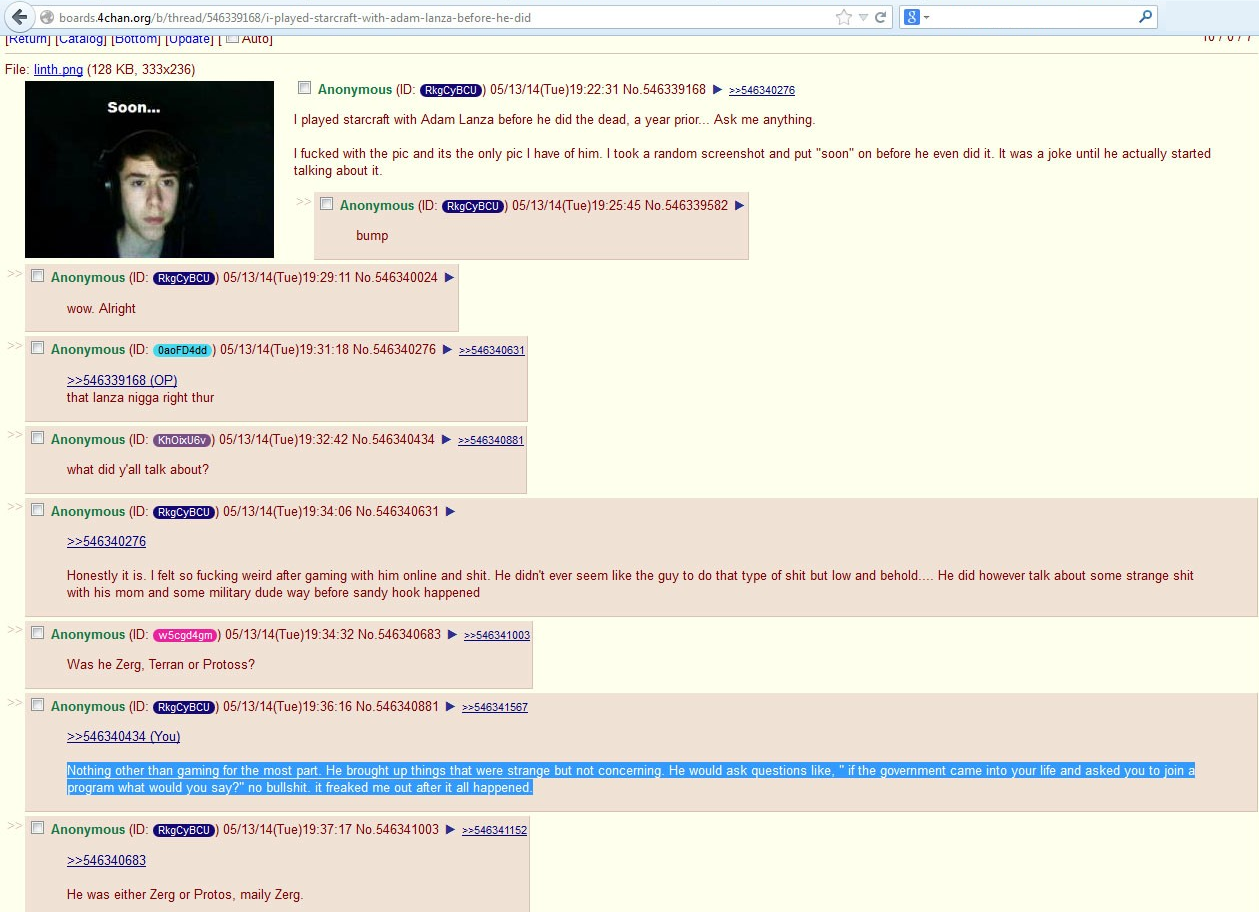 The OP also indicates they typed "Soon.." on it just to mess with Adam.

The obvious questions come to mind such as: why did the OP wait until May 13, 2014 to post his surprise revelation?  I was unable to locate the original thread or a Cache! of the thread.

The photo is a very close match to the shooter and there have been numerous reports that Adam Lanza played Star Craft. 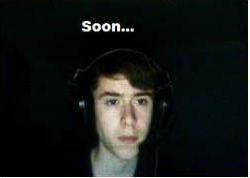 Interestingly, this is not the first time we have heard Adam Lanza's name in connection with .4chan's message board.  Soon after the event, an anonymous post made on 4chan made it's way through news websites and blogs. It read:

“I’m going to kill myself on Friday and it will make the news. be watching at 9:00 am.”
“I live in Connecticut, that’s as much as I’ll say.”

This anonymous post was confirmed in the Connecticut Final Report; however, it was never determined that Adam Lanza made the post.

This one is unconfirmed; however, it was compelling enough to mention and keep a record of here in my research blog.

If anyone gets any info on this, please pass it along. 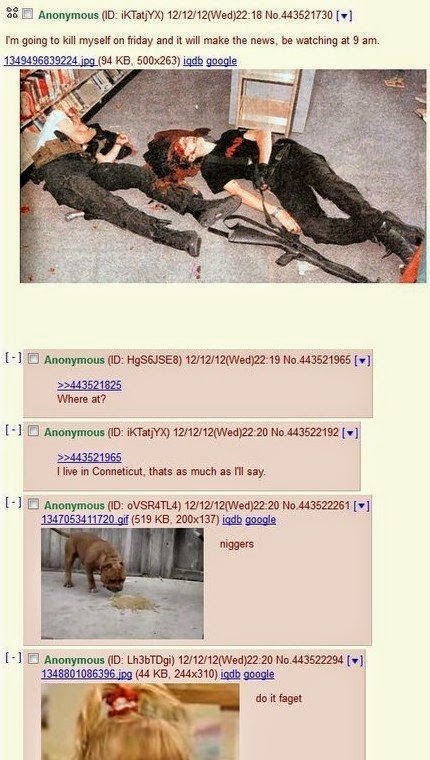 State Police Mention of this in the report: 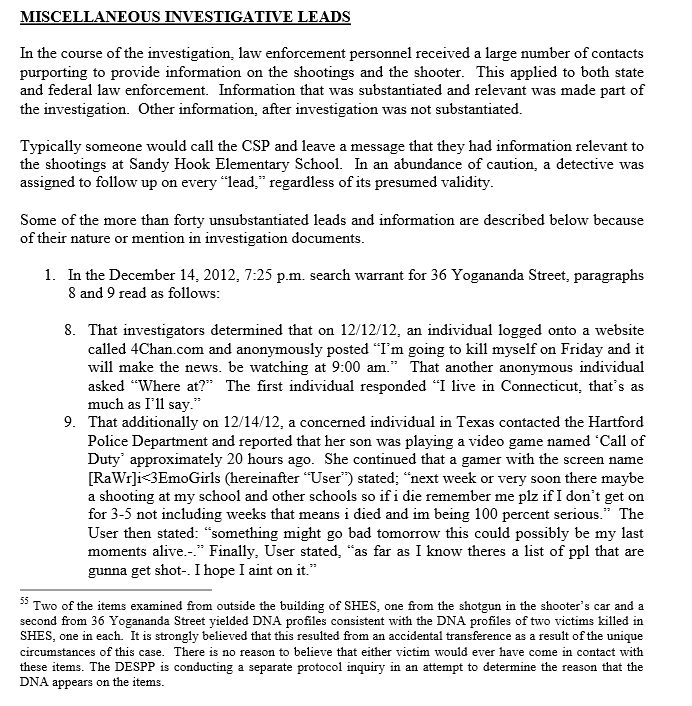