The People versus Pete Santilli the Shill

"Santilli claims he didn't help take over the refuge because that would be illegal.
This is a little like a narc who wont try the cocaine for the drug buy." -- Sandy Hook Facts

As covered before, Pete Santilli was arrested for illegally having a loaded gun in his car.    According to the "story", the Newtown, Ohio Police Chief pulled Santilli over for driving too slow.  When the Chief  ran a check on Santilli, Santilli came back on some sort of  'watch list'. The Chief asked Santilli if he had any guns on him. Santilli answered in the affirmative and Santilli was subsequently arrested at gun point.  Santilli reportedly illegally had a loaded pistol concealed in the car.  You can hear the audio of this arrest below.

Shortly after the arrest, Pete Santilli appears in Burns, Oregon pretending to support the conspiracy theorist militants that have conquered a reserve in the Malheur National Forest.  Santilli claims he didn't partake in the actual take over because that would be 'illegal'. This seems a little like a narc who wont try the cocaine for the drug buy. 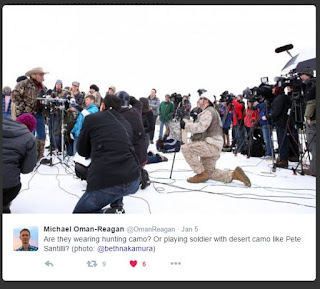 Meanwhile, back in Hamilton County, Ohio, a criminal court case has been filed and the tax payers are footing the bill for Pete Santilli's Public Defender.  Apparently, despite Santilli's rants, Santilli is willing to accept this public assistance.  The case is marked, oddly, as "ignored". 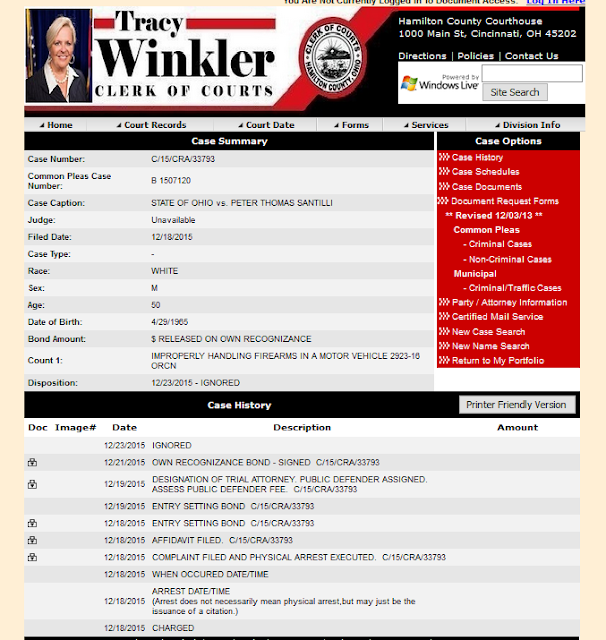 You can view the case yourself here:
http://www.courtclerk.org/case_summary.asp?sec=history&casenumber=C/15/CRA/33793

All the documents is case are marked as "Locked". I must admit, this is pretty good service by a Public Defender especially when there has been no appearance by the Defendant.  You would almost expect a PD to do little-to-nothing at this early stage of proceedings, like they do with everyone else on any docket anywhere.  What's so special about this heretofore unknown Youtube jockey?

The Police Chief. of course, has "No Comment" on the disposition of the charges, as can be heard in the video below. 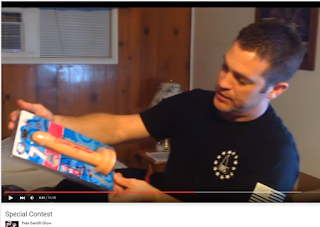 Pete Santilli is also busily  attempting to escalate the issue to violence. He is bullying residents, intimidating counter protesters, and leading marches on the FBI. A secondary result of the marches right up to the FBI is the ease at which the  the FBI can slowly and painstakingly identify every militant with Santilli.  If there is an agenda by the Feds; no one has been more helpful than Pete Santilli.

The Anti Defamation League was able to easily put out complete Dox on the militants, no doubt, thanks in part to Santilli's efforts.
http://www.adl.org/assets/pdf/combating-hate/Anatomy-of-a-Standoff-MalheurOccupiers.pdf 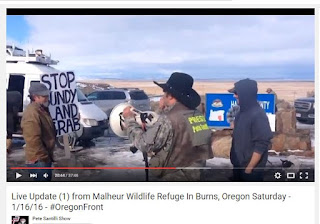 There is a dispute between militant Blaine Cooper, who has been personally begging Pete Santilli to remove the video of Blaine's kids from Santilli's feed all day. The video shows Blaine and his wife geting their kids from CPS.  In the video, the mother, Melissa, asks not to be recorded.  Several Bundy supporters have pleaded with Santilli to remove the video and even though the video clearly crosses any line of decency, the video remains up, complete with "Donate to Pete link".  Nothing like striking up a little inner strife for excellent shillary, if I must say so myself.

Blaine Cooper to Pete Santilli: "Pull it would you brother".

It's odd that Blaine is so stupid as to think Santilli is his "brother". 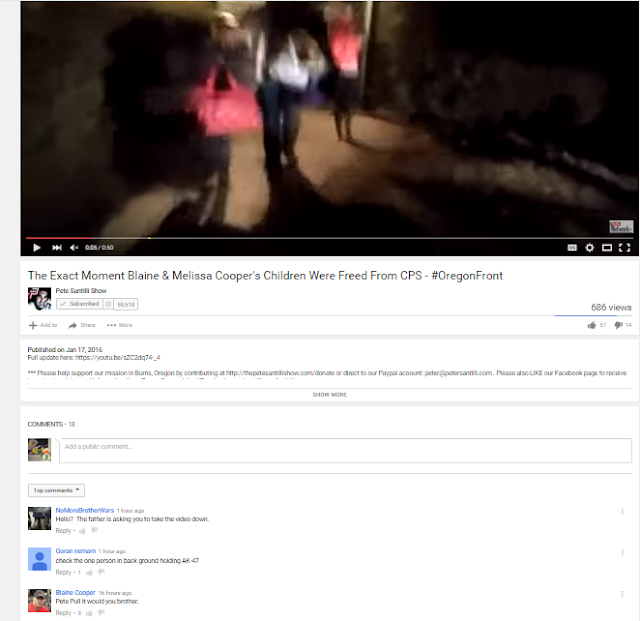 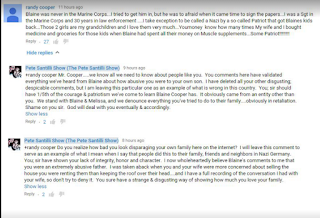 Once again, Santilli proves the only people shilling for money, on behalf of unknown powers, for an agenda we can't quite place our finger on, are the Sandy Hook Hoaxers themselves.

Raw audio of  Pete Santilli arrest (where he sings the praises of the Police Chief, almost ad adnauseum):


The arrest was covered in Main Stream Press in this video:


Joel has produced a video on Santilli here:

Should have been titled: "Pete Santilli vs. Reality"