Here is the full complaint of the lawsuit Lenny Pozner vs. Alex Jones

The pdf can be downloaded from here:
https://www.courthousenews.com/wp-content/uploads/2018/04/Infowars.2.pdf 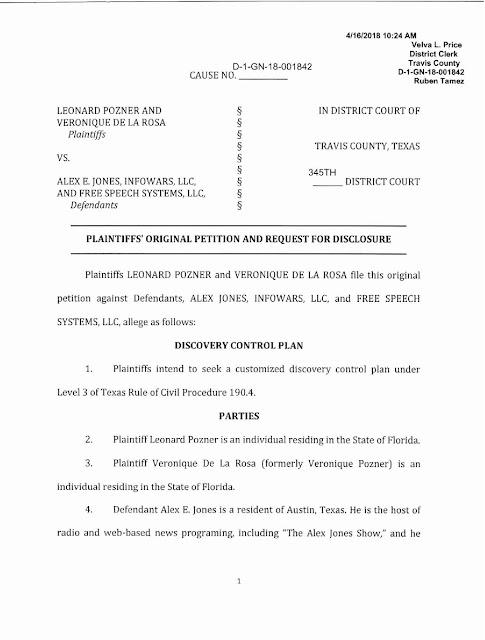 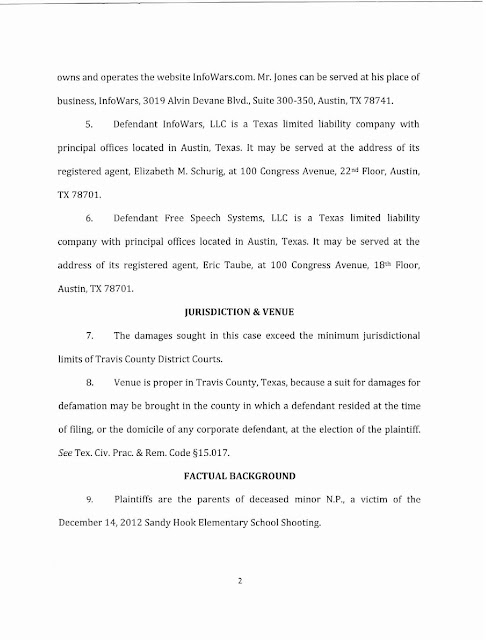 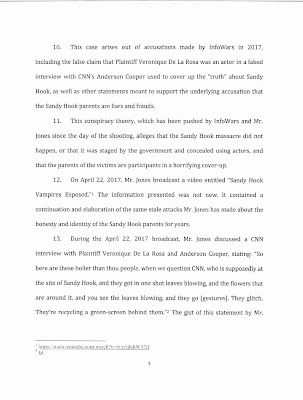 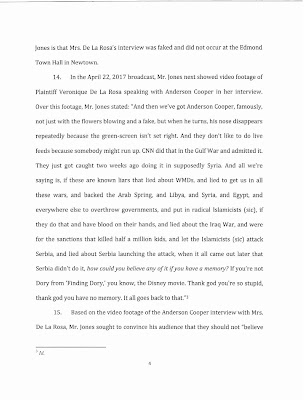 Read more »
Presented by SandyHookFacts.com at 6:48 PM No comments: 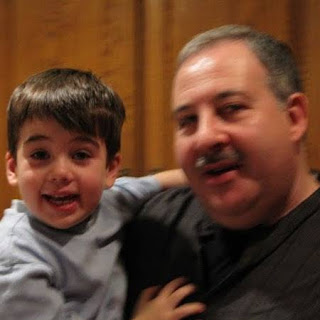 Sandy Hook Hoax has not only been debunked, it has been proven to be pushed with fraudulent intent. That is to say that in many cases, it can be demonstrated the the pushers of the information are knowingly pushing false information.    This article shows the top ten proofs the claim that "Sandy Hook was a hoax" is nothing but a fraud.

In this article I will present the top ten proofs Sandy Hook hoax is not only completely debunked, the memes pushed are total fakery.

Proof 1: Misrepresenting and manipulating videos"Everyone must check in" & "Walking in Circles"

From Alex Jones to nearly every hoax video published, two videos are used to hook people into believing hoax. Both videos are knowingly and fraudulently represented by the Sandy Hook hoax leadership as they are aware the videos have long been debunked.

Gene Rosen's interview in the front the "Everyone Must Check-In" sign is core hoaxer lore. The hoaxers use it to suggest that the sign is proof of a drill on the morning of the shooting, directing the "participants" to check in before the shooting.

"Everyone must check" debunked as fraudulent
Everyone must check in" was debunked as fraudulent by CW Wade on March 24, 2014; a debunking that sent shock waves through the hoaxer community. Their tricks had been outted!  It was also when CW Wade really began to realize hoaxers were not simply misguided researchers; they are fakes intentionally falsifying their claims.
https://www.youtube.com/watch?v=PLNJ5nWBvug

The trickery is obvious. The interview with Gene Rosen in front of the flashing sign was conducted days after the shooting; yet the hoaxers snip the video or push the photo to represent that the sign was there on the morning of the shooting, Friday. That is false. It was delivered to help control the press late Saturday or early Sunday. 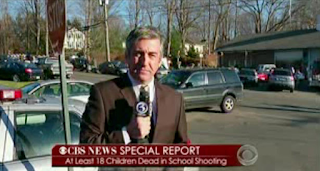 Another popular hoax video concept that is used to trick people into believing hoax is the claim that  "Everyone was walking in circles" at the fire house.  Alex Jones uses a modified and even more fraudulent version of the claim; falsely stating the "kids are walking in circles".

The fraud was exposed when it was proven the hoaxers looped the video, added "going in circles music", and photoshopped arrows.  A total fakery!

The hoaxer video "We need to talk about Sandy Hook" pushed the theory as true, despite the fact the Nazi supporter Peter Klein (aka Tyranny News Network) looped the video 18 times in the film, while claiming authenticity!

Alex Jones directly lied about this in his Megyn Kelly interview.
https://www.youtube.com/watch?v=WkV1b8Q0J60   Fraud on top of  fraud.
Read more »
Presented by SandyHookFacts.com at 8:29 PM 2 comments: