It's time to take a good look at the evacuation.

For orientation purposes, this is Sandy Hook Elementary School as it was on December 14, 2012. 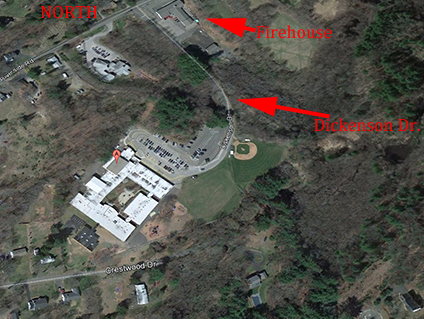 After orientating yourself to the school and particularly Dickenson Drive, the next consideration is  the time frame involved.

Many people associate their view from the news broadcasts from after the shooting.   Most news photos are taken well after the evacuation. This is particularly true of the helicopter photos.

The evacuation of students began at about 10:00 a.m.    By the time the helicopters were on scene, the evacuation was over.


An example is this still from footage taken by a news helicopter.  Many will recognize this photo fro the raw helicopter footage posted on numerous sites. 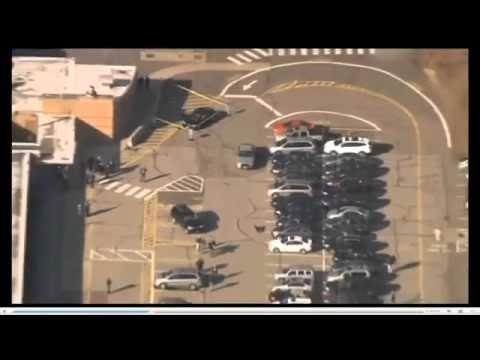 That overhead shot was taken at about 11:20 a.m. as proven in my video:  Helicopter vs Time Shadow analysis.


Shannon Hicks of the Newtown Bee was the first reporter on scene.  She documented several events that are described in the time line from those early minutes.  Thus far, her photos serve as the only documentation of the evacuation.

Included in the Final Report are three dash cams; however, all evacuations have been redacted from the video recordings.  Based on my research, I have determined that Trooper Dennis Keane's action described above was likely photographed by Shannon Hicks, memorialized in this photo: 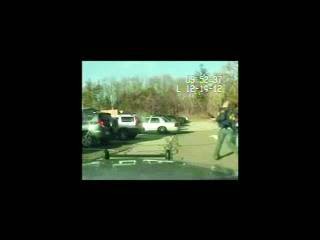 According to the time line for Lt. Davis' dash cam, TFC [Christopher] Zullo is seen running at 9:52:36.  He can be seen in these stills of the dash cam footage: 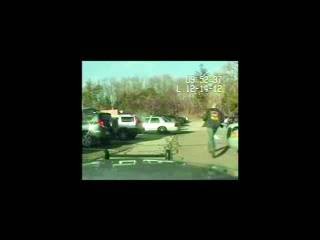 Shannon Hicks had photographed him moments before the dash cam sequence in this memorable photo:

While the dash cam video is redacted, the time line provides that the dash cam recorded Officer Chapman, carrying REDACTED (believed to be Olivia Engel), a mortally wounded first grader from  Room 10 at 9:56:16 towards the fire station.  Officer Chapman was assisted by Newtown Lt Vanghele (white shirt.)

This heart breaking event was captured by Shannon Hicks with this photograph:


According to Shannon Hicks, she snapped the most famous photo at about 10:09, these sequences are completely redacted from the final report videos.

Lt. Paul Vance has confirmed for this writer via email that the photographs shows Connecticut State Police Detective Rachael VanNess (female officer in the windbreaker) escorting children and teachers from the school. These photos affirm Detective VanNess' statement in the Final Report.

In the second photo above on the left side, TFC Keane can be seen with his hand raised.  He can be
seen in a similar positions on Dashcam just prior to the REDACTION. 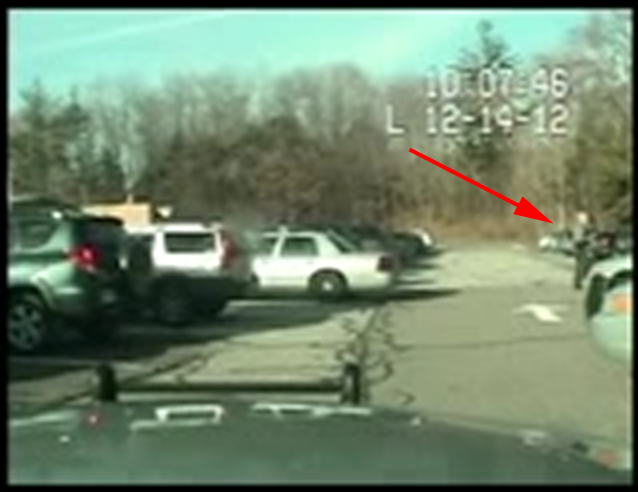 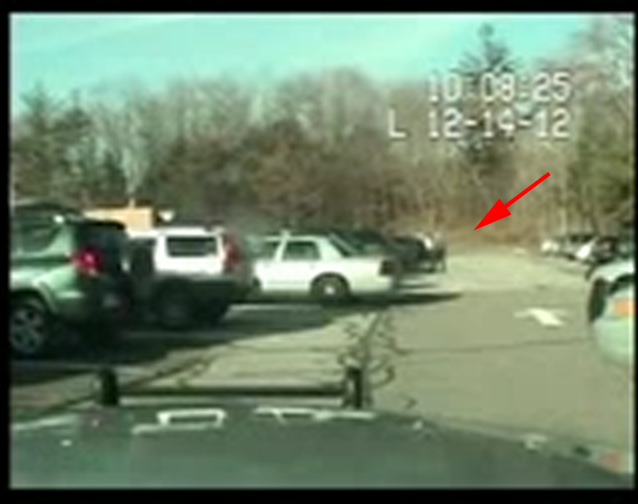 This evacuation photo shows the north side of the parking lot near the baseball field.  These students were likely evacuated from the North East corner exit. 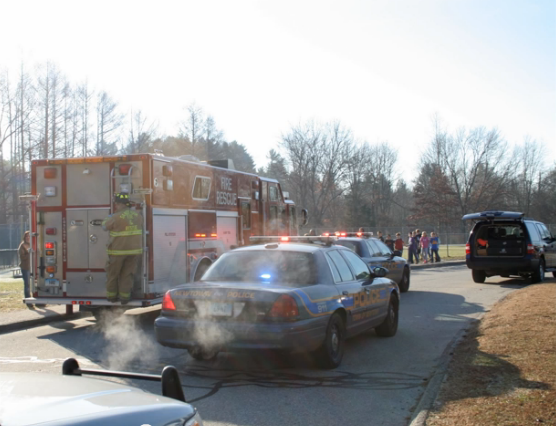 The following Newtown Bee photo is facing east down Dickenson Dr. from the direction of the fire house towards the school. 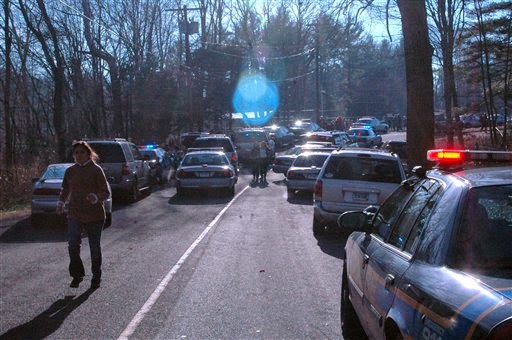 To get perspective on the above photo, note the position of the tan van and then look at the photo below. This photo depicts Dickenson Drive looking towards the Firehouse from the road near the parking lot of Sandy Hook Elementary School: 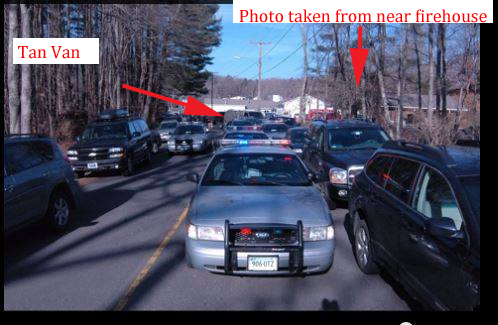 Both of those photos show Dickenson Drive during the evacuation.   Enlarging the photos and adjusting the lighting reveals that both photos depict a massive scale evacuation of dozens children and teachers.

It is easy to locate children leaving the fire house after the evacuation. A simple Google search reveals hundreds of children in countless photographs.  Some of these photos are here: 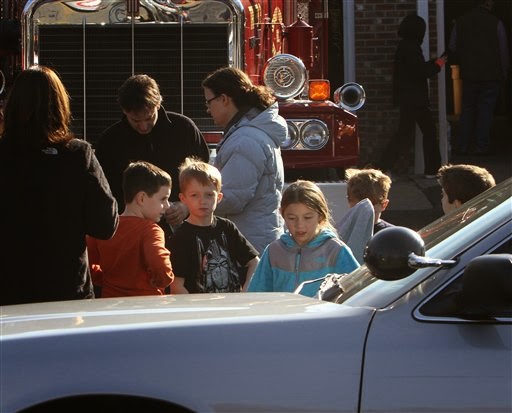 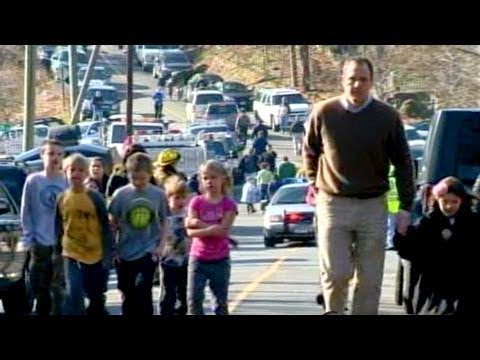 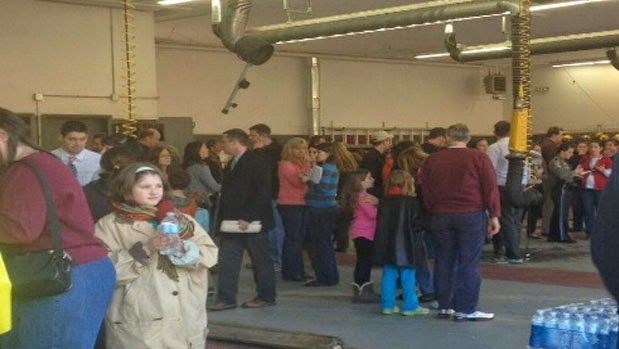 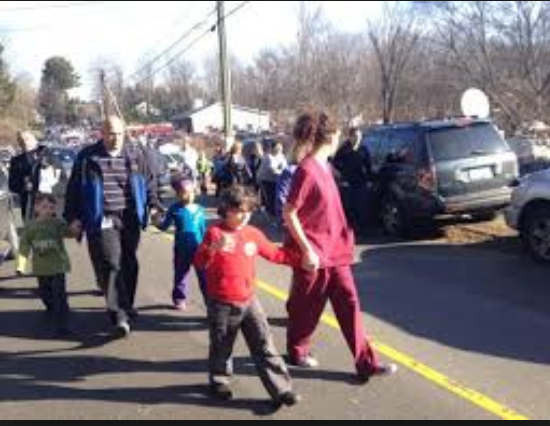 The evacuation was quick and efficient.  The children evacuated to the fire house and were retrieved by their parents/guardians.


Copyright Notes: The above images may be subject to copyright; however, many have been republished so many times, it is difficult to ascertain the original source.
Presented by CW Wade at 5:36 AM

I am a truther (or hoaxer as you say) that has been convinced that much of what I thought has been wrong. I comment regularly at mhb however when I try to inform other regulars there, I am met with ridicule and censorship. In fact I cannot link to your website as jft has banned me for attempting to post links to "known disinfo" sites. I only want open discussion of both sides regardless of whether it lines up with someone elses views.

given that I have successfully posted several of your pictures in good faith (I hope you are ok with me using them)as well as the link to your video, at the following:

I really don't think the posts will stay up, but if they do - and they promote further discussion - I believe you would be best suited to explain your findings and viewpoint. You will likely be met with volatile and condescending talk from people who really don't want to hear it. and I must say that there are some knowledgeable regulars that you will be up against, so I wouldn't take them lightly.

that said, thanks (in advance) for letting me post your pics and video link, and again I am sorry I could not attribute them to you without losing the postings altogether.

James Tracy is afraid of real research and does not allow real researchers to post on his website, unfortunately.

Can I ask what the photo was that was removed?

Hi CW Wade, Do you have any photos of the Sandy Hook School with EMS and ambulances around the site? I know there are pictures that are on the internet with up to 8 ambulance/EMS vehicles at the firehouse close by. From my experience I would have expected to see many of those vehicles right at the site. Many of the photos show police vehicles in the Sandy Hook school parking lot. Do you have photos with more than 2 ambulances? Thank you.

The ambulances were staged at the fire house and not brought into the active shooter scene in accordance with Active Shooter protocols in place at the time and by direction of the duty sergeant through dispatch.. all of this is on radio chatter that is available and in fact there are several transmissions of this very thing... I covered it in my video "Fallen Angel". You might want to research these items as they are available.. thus, there are no photos of something that didnt happen. Most photos and all helicopter footage are well after the victims were presumed dead.

Where is the evacuation video that was added 2-1-15? How would that violate YouTube's terms of service?