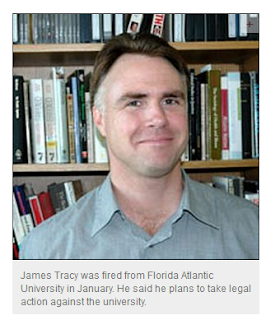 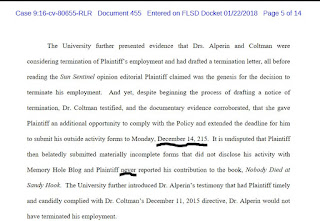 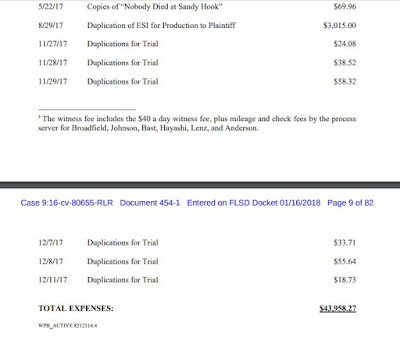 Presented by SandyHookFacts.com at 8:00 AM 3 comments:

"Many hoaxers are doing more than issuing trolling type threats; they are promising to go to the homes of these families, drag them out in the street, and kill them.   The hoaxers are going beyond mere words,  they are also taking steps to making their violent conspiracy happen.  The hoaxers are creating a database of addresses of the families so that hoaxers can easily locate, terrorize, and attack the families."


The hoaxers, created and led by Alex Jones and bolstered by hoaxer leaders such as Pete Santilli and Wolfgang Halbig, are openly plotting violent attacks on families and friends of Sandy Hook and Parkland shooting.

In the hoaxer fantasy world, tens of thousands of people, including children, are involved in a secret conspiracy with FEMA and other government agencies to push fake shootings to take firearms. Once the firearms are taken, all Americans will put in FEMA camps and executed or given drugs to turn them gay; or something like that.

Those unstable enough to believe such tripe become cult like followers. Among those, many are issuing threats and openly plotting violence against anyone they perceive as "involved in false flags"; whether they be supporters, family, friends, or children.  "Many hoaxers are doing more than issuing trolling type threats; they are promising to go to the homes of these families, drag them out in the street, and kill them.   The hoaxers are going beyond mere words,  they are also taking steps to making their violent conspiracy happen.  The hoaxers are creating a database of addresses of the families so that hoaxers can easily locate, terrorize, and attack the families."

Many alt right Sandy Hook hoaxer "Infowarriors" have already gone off the deep end. Saturated with Alex Jones "you are the resistance" propaganda, they have killed or engaged in shoot outs.  These include three that have been covered by Sandy Hook Facts: Justin Hess, Jerad Miller, and Brent Cole. 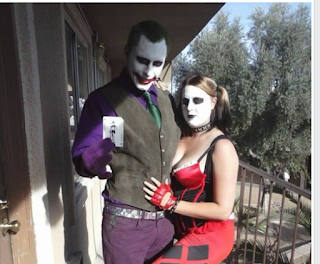 Do the hoaxer plans sound outrageous? Listen for yourself.  Right now, "Infowarrior" Jerry is planning to go to the homes of "crisis actors" (and yes he includes High School children as "crisis actors"), drag them out of their house, and murder them with a bat.  His words, not mine.

The authorities won't act to stop it, so we wait to see who these hoaxers attack. After all, Alex Jones has taught them they are "the resistance", and they believe they need to do violence to fulfill their mission.

Here is a video that shows the plans of the hoaxer:

The threats of violence are very real and the credible.  Let's hope the FBI does not wait to act until it is too late. 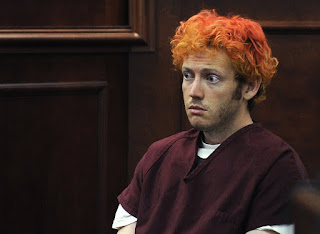 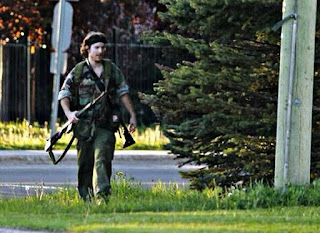 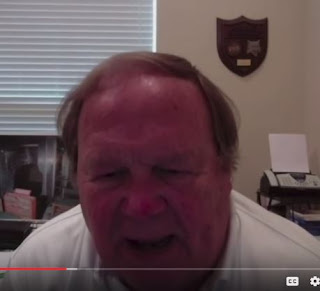 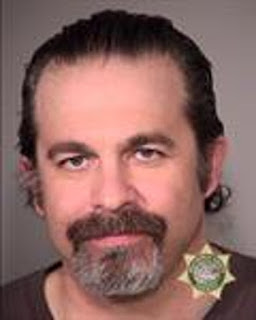 Presented by SandyHookFacts.com at 7:50 AM No comments:

Sandy Hook Facts is attempting to obtain more information about the violent attempted murder  perpetrated by Sandy Hook Hoax leader "Professor Doom"; known in "real life" as Phillip Craigie. Obviously, Doom is no Professor, but he is a career criminal.

What is known about the latest crime of Doom is what is in this article:
http://www.krtv.com/story/37508446/craigie-pleads-guilty-to-assault-charge 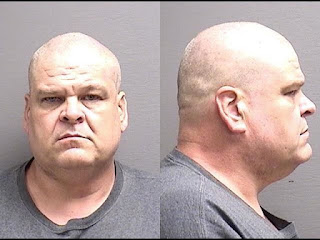 Montana Armed Robbery and Attempted Murder by Hoaxer Phillip Craigie Professor Doom
According to the article:


(T)he Great Falls police responded to a stabbing at Park Manor on September 25.
Police obtained security footage, which showed another man identified as Samuel Darling leaving Park Manor with the victim.
The victim was ambushed in the alley and the footage shows Phillip Craigie wielding a knife.
Craigie's wife Samantha was identified as driving a vehicle into the alley during the assault.
According to the plea agreement, the state will recommend 15 years to the Montana State Prison with five suspended.

More details of the Craigie's knife ambush are found in an article by the Great Falls Tribute:

Craigie is just another to whom authorities turned a blind eye.  His threats were reported numerous times; however, no action was ever taken.

More threats - this time with "Spitfire"...
Doom threatened to go on a killing rampage, going after everyone on his "scrub list". Doom's co-host, Eric Wilkinson, sickeningly laughs it up calling it "the purge" and appearing to encourage it.

To say that these are two very violent and scary Sandy Hook Hoaxers is an understatement.  Unlike Wilkinson, I find nothing funny about Professor Doom's threats about his intent as to a "scrub list".  I doubt the man Craigie stabbed nearly to death is laughing about Craigie's propensity, either.


Life Sentence - Armed Robber - Three Striker
Professor Doom was given a life sentence in California based on California's Three Strikes law; however, he was released early due to prison reform. California's "prison reform" continues to this day, loosing numerous dangerous people back onto the streets.  While Craigie was a violent felon and career criminal who committed armed robbery; one of his felonies, Auto theft, his "third strike" was later considered to be "non violent" and, thus, Craigie was released from prison after 10 years. Craigie, of course, leaves California to avoid his third strike here.

Craigie's most violent known felony was an attempted to rob an elderly man with a shotgun.  When the victim had no money, Craigie kidnapped him and locked him in a shed.   All of this was well known to his hoaxer partners, as Doom himself showed the documents in a video and openly discussed his crimes once he was "doxed" as a career criminal.

In my files somewhere is a recording of Craigie boasting something to the effect of "If I threaten you with a shotgun, you know I'll do it". This, to my recollection, was said to a live chat of his fellow hoaxers.

Craigie as "Professor Doom" was one of the "experts" used in the hoaxer tripe called "We Need to Talk About Sandy Hook". Professor Doom claimed "legal expertise".  Of course, his only real "expertise" was filing a complaint that he was deprived of "toilet paper" for a whole day!  It was obviously dismissed by the courts as frivolous nonsense.

Phillip Craigie - Nazi Low Rider
In addition to being a wild eyed conspiracy theorist and a violent felon, Craigie is also a card carrying member of the Nazi Low Riders. Doubtless, he joined in prison. However, even after release he flew their banner.  His email address speaks for itself:

Phillip Craigie's email adress is n_l_r88@yahoo.com
NLR is obviously Nazi Low Rider and the 88 refers to "HH" or "Heil Hitler". His antisemetic rants can be found throughout the internet.

Pete Santilli and Phillip Craigie.. and the Bundy's
Doom teamed with Santilli to spread propaganda during the Bundy takeover of Malheur.  Here is a video of "final four" occupier David Fry addressing Professor Doom.  Craigie often encouraged people to arm up and go to Oregon. 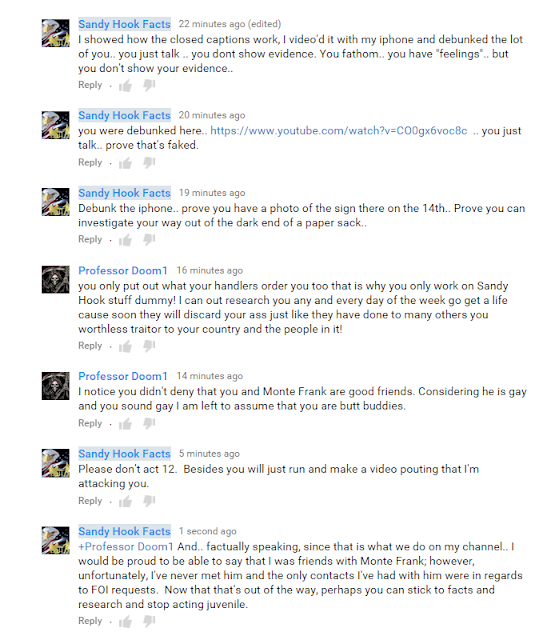 He made several videos about or directed to Sandy Hook Facts; however, the most enjoyable was when the unhinged Craigie accused Sandy Hook Facts of using ducks to prove pre-knowledge of the Umpqua - Oregon shooting. 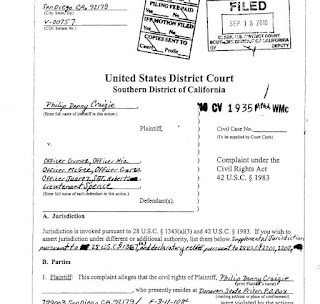 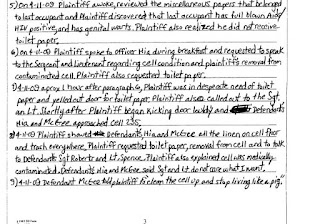 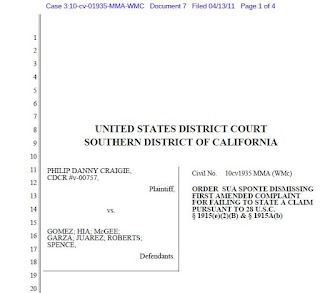 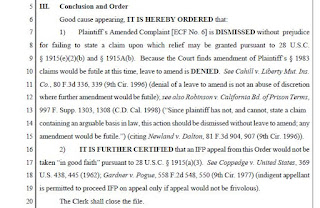 Presented by SandyHookFacts.com at 6:17 AM 5 comments: 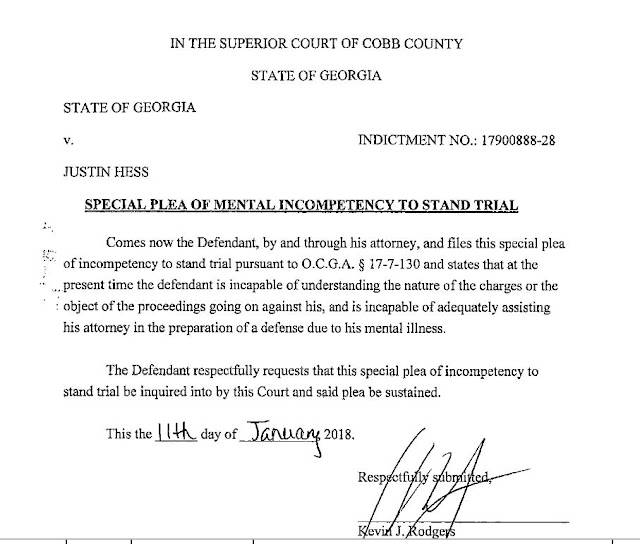 Presented by SandyHookFacts.com at 5:48 AM No comments: