For those reasonable people with doubt, these official government documents should be a wake up call at the horrific tragedy suffered by the Pozner family.

Other documents Lenny has released include the Noah's Birth Certificate, and his two page Kindergarten Report Card from Sandy Hook Elementary School, which bear out the fact that Noah was a wonderful and smart child.  Lenny Pozner has also released the medical examiners report.

Please see my related post: Lenny Pozner Setting the Record Straight and get an idea of what this nightmare has been like for this family. 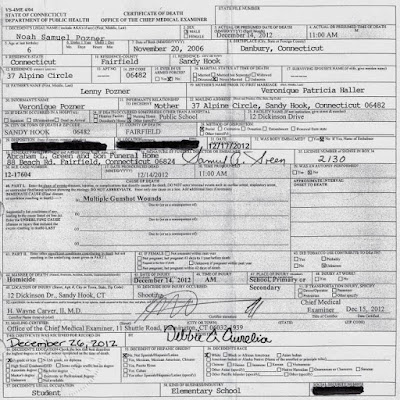