The FBI released video of the Lavoy Finicum shooting.  This video debunks the Bundy contentions that Lavoy was shot with his hands up.  The video proves without a doubt Lavoy drove his truck recklessly at a Police roadblock, nearly stricking an officer. Finnicum jumps out of the truck, then as officers engage him, Finnicum reached at least twice into his jacket.  Oregon State Troopers shoot and kill him.   FBI report that Finnicum had a 9 mm semi-automatic pistol in the pocket where he was reaching.  FBI also report they found two rifles (5.56 likely AR's) and a pistol in the pick-up.  This is case closed on the conspiracy theories. 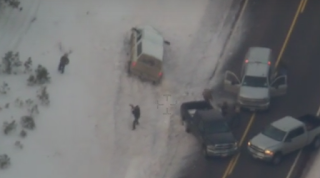 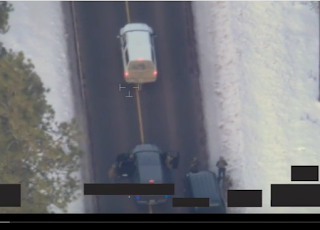 Lavoy was stopped for about 4 minutes in the road before he
took off speeding away and towards police road block.

Trying to get around the road block, Lavoy nearly kills a officer. According to the FBI, the police are using deadly force at this time. 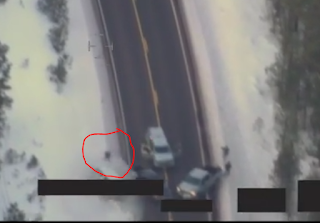 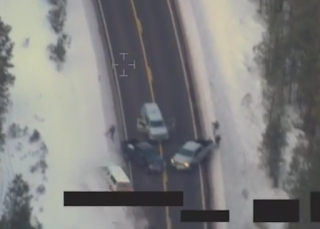 Lavoy reaches for his gun three times.  His hands are clearly not up nor has he stopped charging around. 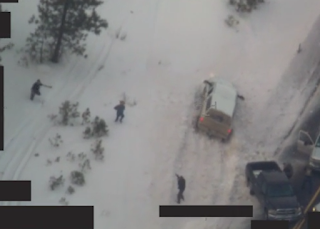 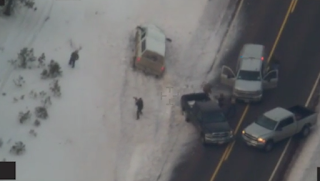 The moment Lavoy falls, shot.  FBI claims he was shot multiple times, in the "single digits". 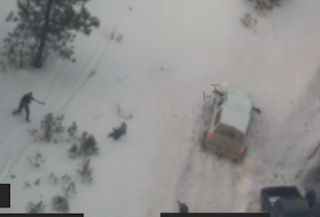 Victoria Sharp in a Youtube interview claimed Lavoy even died with his hands up. As with much of her story, that is not true. His hands were down when he initially went down. He then reached one arm outwards, and died in that position.

This photo still is before Lavoy reaches out. 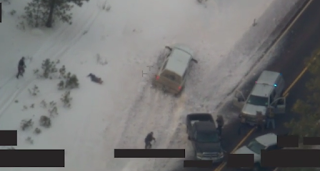 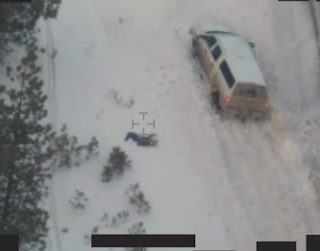 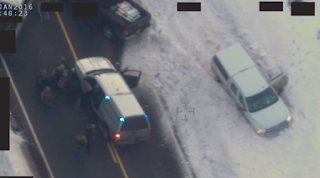 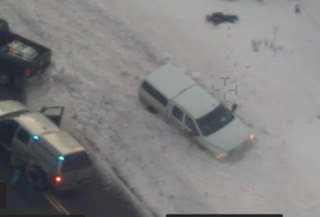 Ryan Bundy gets out of the truck, hands high, follows commands, and lives. 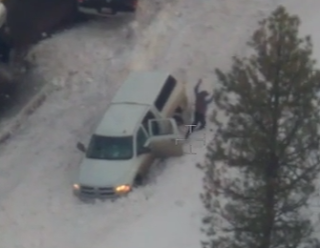 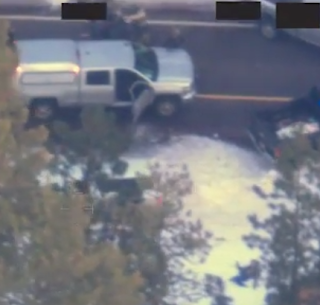 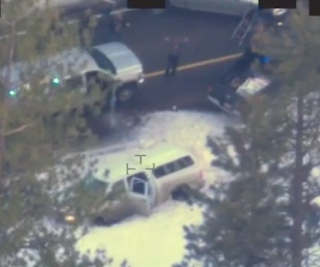 Victoria Sharp, an 18 y/o girl Lavoy put in danger, gets out with lasers fixed.
She too follows instructions an lives.    This is how you live through a lawful felony stop. 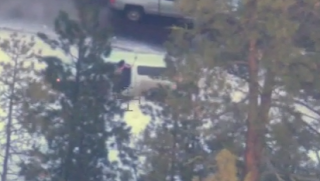 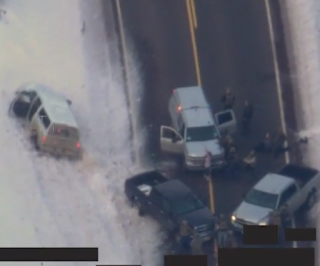 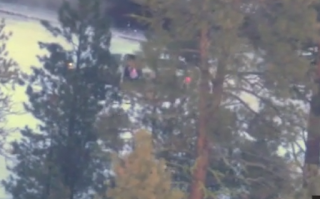 She is in custody 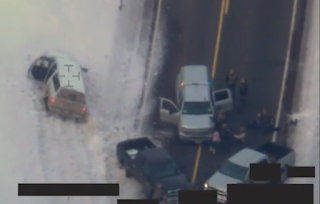 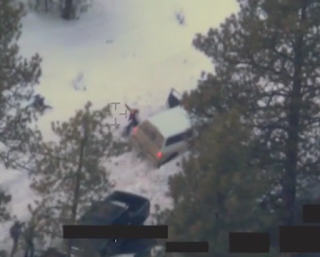 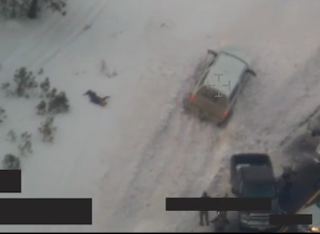 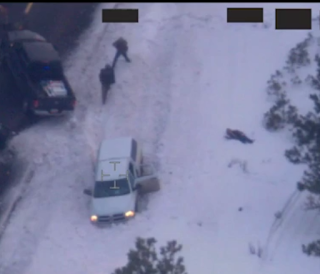 Pete Santilli stream on 1-28-16 - lies even from jail through Deb Jordan calling it a "ambush" and a
"murder". It's clear Lavoy committed suicide by cop.