Sandy Hook Facts loves when Sandy Hook hoaxers face justice for their idiocy; so it is with great pleasure we bring the charging documents that follow the news that Pete Santilli has traded his pocket constitution for orange pockets and shackles as he faces felony Federal charges.

Reading the complaint, it is obvious Pete Santilli's own mouth is his worst enemy.  Most of the complaint comes straight from Santilli's Youtube channel.  Congrats mouth, there go your vet benefits. 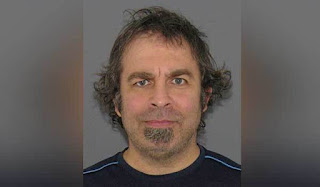 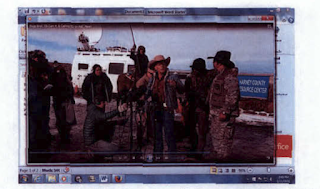 Screen Shot from the Complaint.  The complaint uses numerous "Pete Santilli Show" statements in the portion of the complaint about the Santilli show and mentions Santilli's affiliation with the curiously absent Idaho III%'s.

Protective Custoy?
Frankly, I have suspected Pete "The Shill" Santilli was simply taken into protective custody and charges might be dropped at some point after it's over.  After all, it would be impossible to have any hope for this to end peacefully with Pete running around instigating with his lies, threats, and bull horn.  The Government has charged him with a serious offense; lets hope the charges stick.

The entire complaint can be downloaded here:
https://assets.documentcloud.org/documents/2699334/United-States-v-Bundy-et-al.pdf

The complaint does not charge the 'YallQueda with appropriate terrorism related charges; however, Ammon Bundy, Jon Ritzheimer, Joseph O'Shaugnessy, Ryan Payne, Ryan Bundy, Brian Cavalier, Shawna Cox, and Pete Santelli are charged with Felony Conspiracy to Impede Officers of the United States from discharging their official duties through the use of force, intimidation, or threats.


There is a hearing on custody Friday.  I'd be very surprised to see them released if the occupiers are still in the refuge.

I don't think Santilli will sit in jail for more than a few months before he whimpers into his plea deal.
For the purposes of the blog, the highlights of the complaint would be the section against Pete Santilli.

By way of a few notes of opinion. Lavoy Finicum essentially appears to have committed suicide by cop, running from the police and then charging them. That's too bad, Sandy Hook Facts does with this could have ended without loss of life, and especially Lavoy's.  I wish he had made better choice because his death really meant nothing; unlike what he believed.
https://www.youtube.com/watch?v=ibbVgfiXeHI

The only live feed I know of comes by way of a gamer channel DefendYourBase:
https://www.youtube.com/user/DefendYourBase

Delusional Holdouts
It is hoped that the remaining few holdouts realize there is no "revolution"; the time to surrender is now.  No reason to die for nothing.  If you listen to the live feed, the hold outs are so out of touch with reality, they still think people are coming to help them. They believe Navy Seals are coming to rescue them via helicopter, III%'ers, etc.  That is obviously not happening.  When I hear them talk I hear people on the verge of surrender; just in denial that they are going to jail.  I anticipate that after some psyops by the FBI and the demoralizing realization NO ONE IS COMING TO HELP, the remaining militants will be calling it a day.

If not, the rag tag gaggle really has no hope against the trained force that has amassed against them.  They talk of a miracle; there will be none, unless the FBI figures out a way to take them without killing them.  That would be a nice miracle.

As to Pete Santilli, in addition to be a filthy hoaxer, Santilli is a minister of lies and misinformation.  Hopefully this Felony Complaint shuts Santilli down permanently. 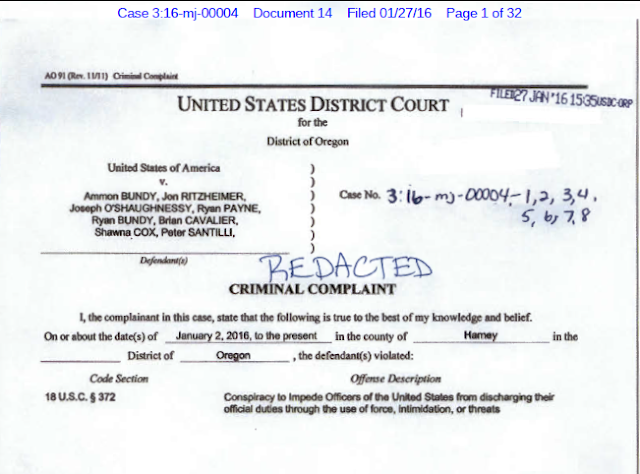 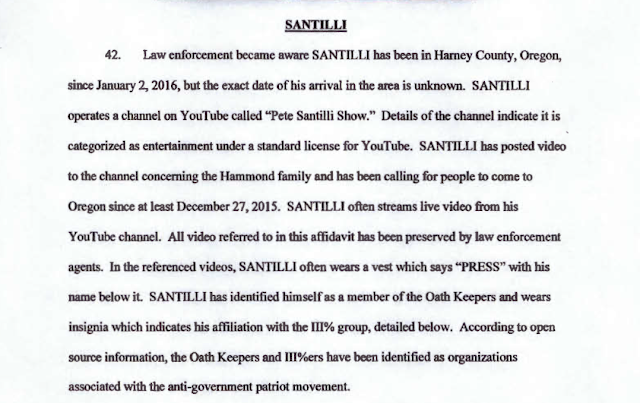 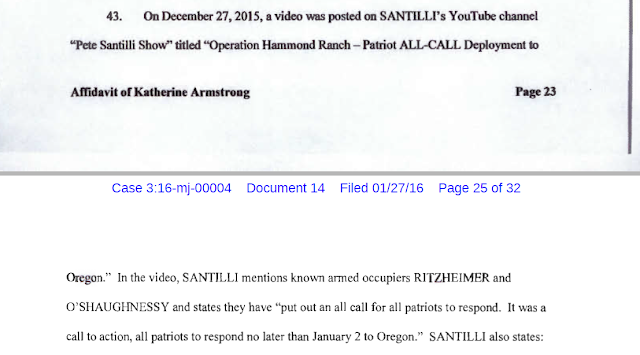 Continue to read the rest of the complaint vs Pete Santilli. 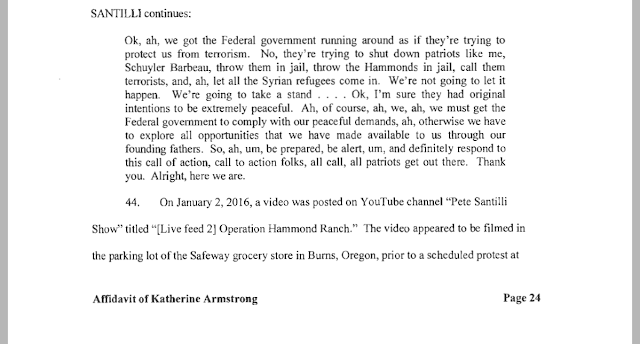 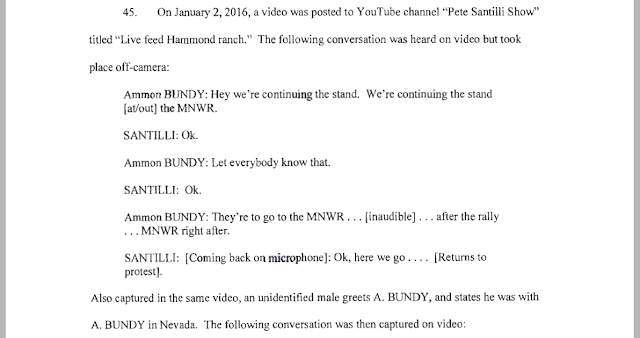 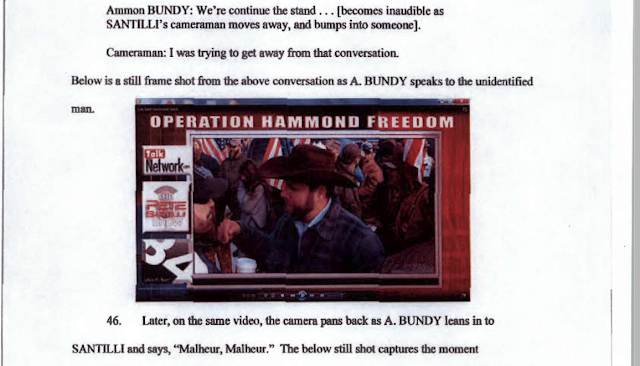 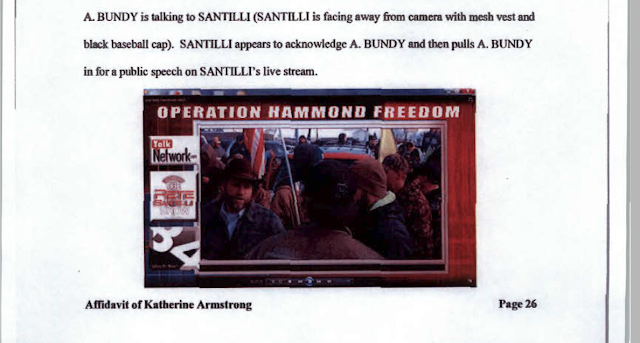 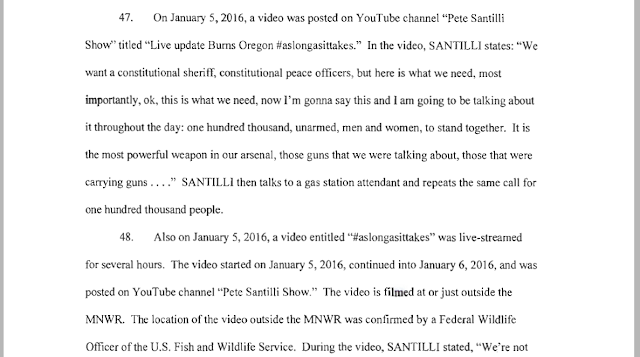 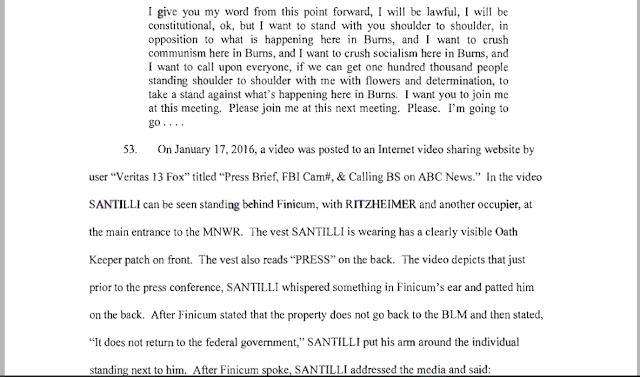 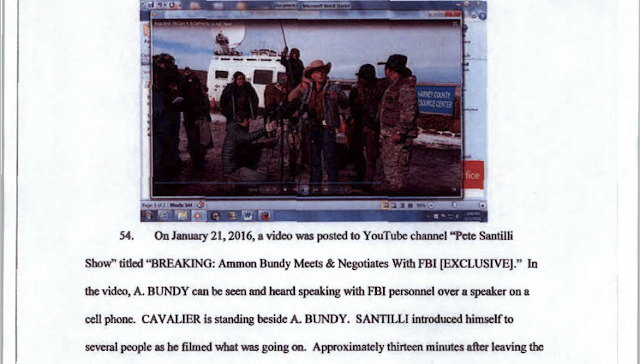 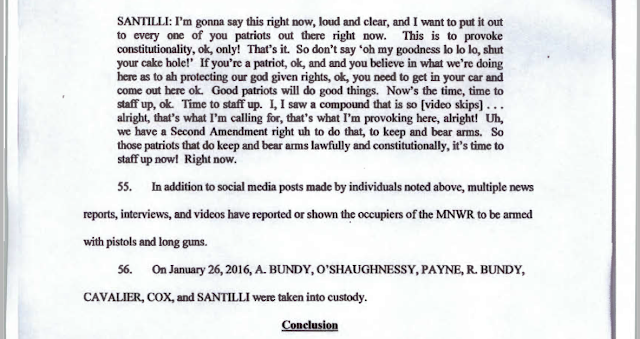 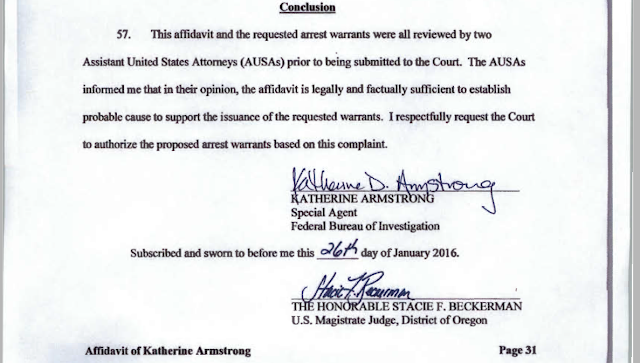