“Check-in signs” - Update
Sandy Hook Facts (and also Keith Johnson) have made mention of the fact we were obtaining documents as to the actual delivery of the infamous “Check – In” sign.

In early June, Sandy Hook Facts contacts had received email notice from the Lead Counsel for the Connecticut Department of Homeland Security stating that the “variable message signs” were delivered to Sandy Hook Elementary scene on late December 14, 2012 or early December 15, 2012.  There was no indication as to when they were put in service.

It should be noted that most hoaxers  incorrectly assumed that First Selectman Pat Llodra meant the Federal Department of Homeland Security during the FOI hearings.

CT Homeland Security further advised that the signs were provided through mutual aid from the Cities of Danbury and Waterbury.     In response,  documents were requested to support the claims made in the email. The document we were provided alludes to signage; however, nothing specifically addresses these “variable message sign" that was parked in front of the Sandy Hook Fire House.

The remaining options are to seek FOIA through the cities of Danbury and Waterbury and see what can be fished out of the city records or to let the matter go.  Since the consumption of time and energy in trying to track down this sign outweighs any possible relevance, Sandy Hook Facts has decided to drop the matter.

The hoaxer contention has been that the signs were there as a “check-in” for a drill and that the sign was there on the morning of the 14th.  The hoaxers have been thoroughly debunked by video evidence, time stamped police dash cam evidence, and now by the CT Department of Homeland Security.

Since the signs were demonstrably not there on the morning of the 14th, the hoaxer premise loses all  "hoax evidence" value.  At this point, whether the sign(s) were delivered late 14th or early 15th and at some point were put in service, and whether that specific sign was from mutual assistance from Danbury or Waterbury really has no bearing on the original over-debunked (and absurd) hoaxer claims. 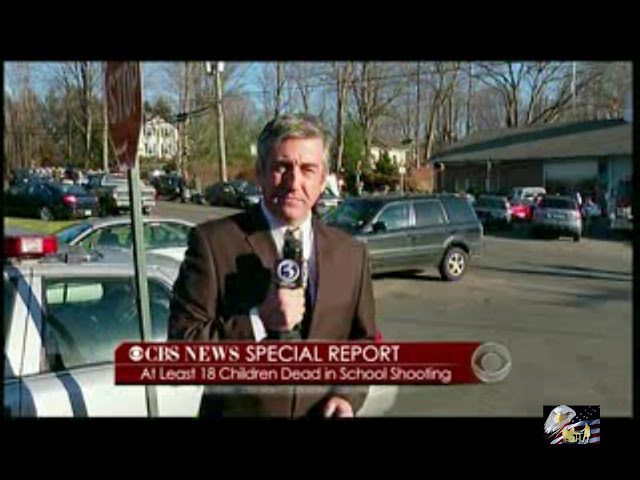 Presented by SandyHookFacts.com at 12:01 PM

Maybe Lumpy Failbig can go to his sheep and raise the funds to petition Waterbury and Danbury for the information to expose his claim of "drill".

Glad your doing this. I looked at the hoxers videos and can say I was intrigued. I then saw your site and came back to earth. The info you post is great. Lanza committed this crime!!!. Wolfgang is wrong and silly in his mission. Fraud!!!