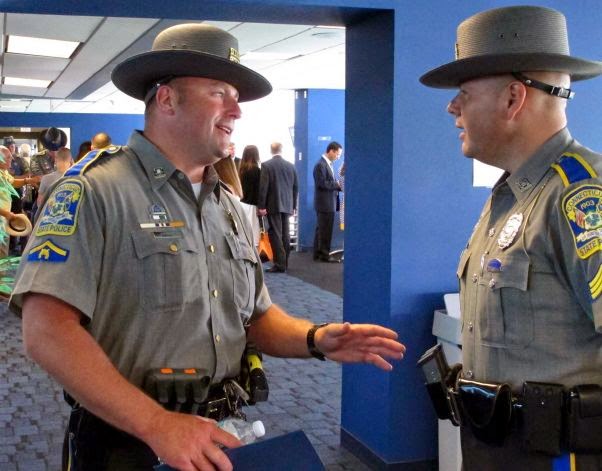 Recently, the Connecticut State Police hosted an award ceremony for responders and investigators of the Sandy Hook tragedy.

To 99% of the population who are even aware of a ceremony, that would be all that is needed.

However, there are the few of us who research and know the Sandy Hook response; we know the officer's names and their actions; indeed, to us, it was glaringly obvious that a "who's who" of first response from the Newtown Police Department were not recognized at that ceremony. 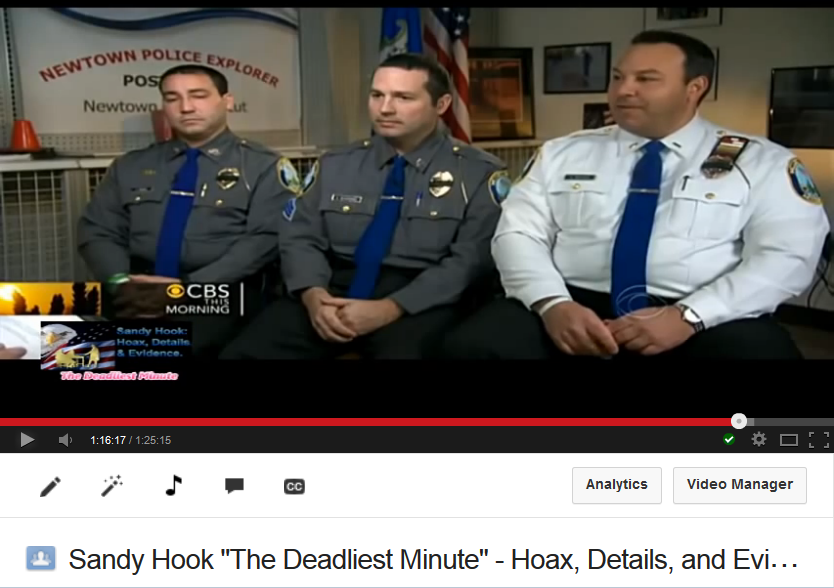 The key actions taken by Newtown Police Department in first response are not in doubt by rational people.  Beginning with what is perhaps the most famous 911 dispatch in history (recited from memory by me here), Dispatcher Bob Nute's first call: "67, Sandy Hook School; caller's indicating she thinks there is somebody shooting in the building." to the three Newtown Officers who entered into the Mech / Boiler building in the first minutes; to a Newtown officer carrying a dying first grade girl to a waiting ambulance, Newtown Police Department was first on scene and first in the building.

Since these names are missing, the big question for many is, "Why?"

This Newtown Patch article offers some of the concerns and a response:
http://newtown.patch.com/groups/police-and-fire/p/emergency-services-commissioner-responds-to--sandy-hook-responder-awards-backlash

Since December 14, 2012, tons of support has been heaped upon Newtown, and rightfully so.  This small town of 27,000 people suffered a war crime proportion tragedy and support poured in from around the world. From plastic ducks to truck loads of teddy bears to awards and donations, Newtown has been the recipient of the heart felt support of a sorrowful and shocked nation.

There have been other award ceremonies and countless well deserved pat's on the back for the Newtown Police.  No one has forgotten the Newtown Police Department, not for a moment.  It was not a slight or part of a "grand conspiracy to exclude". them.

For this particular award ceremony, the spot light was on the many other responders and investigators, those names most people don't know.   They too deserve our affection, support, and praise.

It's is important to remember that and to keep it in this perspective.
Presented by CW Wade at 8:37 PM