James Fetzer has introduced his newest "find" into the Sandy Hoax community via his blog Veteran's Today, Paul Preston of California.  The headline reads:

That is quite a claim indeed.

First, it's important to understand that Veteran's Today openly admits their articles are 40% untruthful.  I think it's clear that they overstate their truthfulness by quite a margin, even at that, and especially when it comes to their Sandy Hook Coverage. 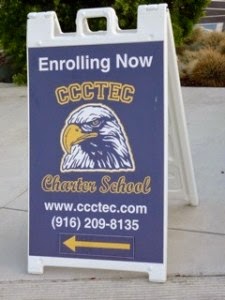 “I have a lot of sources in regards to as to what’s going on with the president and the administration and so on, and every one of my sources said it was a false flag”--Paul Preston


Since anyone can simply make up a "claim" from whole cloth and present it, especially if they provide no evidence whatsoever, we must consider the source of the claim: Paul Preston.

Paul Preston appears to be an established scam artist that has bilked California tax payers out of hundreds of thousands of dollars; well documented and easily researched in numerous articles online. WhiteChalk, an education watch dog blog declared, in regards to Preston "Another Charter School Scam".

Preston reportedly obtained hundreds of thousands of dollars of tax payer funds in the form of start up grants.  In this case he founded "California College, Career and Technical Education Center" (CCCTEC), alleged to be a charter high school.

That article describes $750,000 grant money the school reportedly received; yet bounced checks to staff and ultimately the abrupt shutdown of the school, leaving enrolled students on the street.   Teacher Kathy Schroeder-Kelly stated:

"My paycheck bounced. That's when I thought, well, this is weird. But I got a cashier's check and everything was fine."  Then two months later Schroeder-Kelly said Preston informed teachers their checks would be late.

"Eventually our checks were issued," Schroeder-Kelly said. "Some went through but some of them bounced."


In California, uttering bad checks in such a manner is a felony.

Since 1977 EdSource has been a educational resource and they declare in their article "State burdened by oversight of more charter schools": [T]he Yolo County Board of Education denied a Preston charter school application stating: “The petitioner is demonstrably unlikely to successfully implement the program set forth in the petition."

The California Board of Education investigated Mr. Preston as detailed in their letter here, which proclaims, among other law violations: "2. CCCTEC appears to have violated a provision of law (EC Section 47607[c][4])"...

But what about his research of Sandy Hook?  Well, Preston repeats the same debunked drivel as other Hoaxers; the only thing new he brings to the mix is his unsubstantiated claim that Obama Administration officials have confirmed Sandy Hook is a "false flag".

Really? If you believe that, then I have a ChemTrail machine for sale for you, barely used and only dropped once, please call 1-800-LizardMan for details.

So Mr. Preston, I'm calling you out.  Produce the proof.

If you have proof that the Obama administration or any of Obama's officials have claimed this is a "false flag",  then that is something this country needs to see. You need to step up and prove it.  You need to be a man about it.