But remarkably, they don't end there. They add on overt stalking of Boston Bombing victim Jeff Bauman calling him "legless Jeff" and asking him how he gets around "all of us who know the truth."

For those that don't know, Jeff Bauman lost his legs in the Boston Bombing and his heart breaking photo of being wheeled in a wheel chair by rescuers after losing both legs are iconic to that tragic day.

Conspiracy theorists such as Sandy Hook Hoaxers believe the bombing is "fake" or "staged".

A few days ago, one of their fellow conspiracy theorists, Jared Miller  and his wife Amanda Miller went on a rampage in Las Vegas and two police officers and an innocent civilian lost their life.  How long until society takes notice of these mentally disturbed people?  This is not rational behavior. 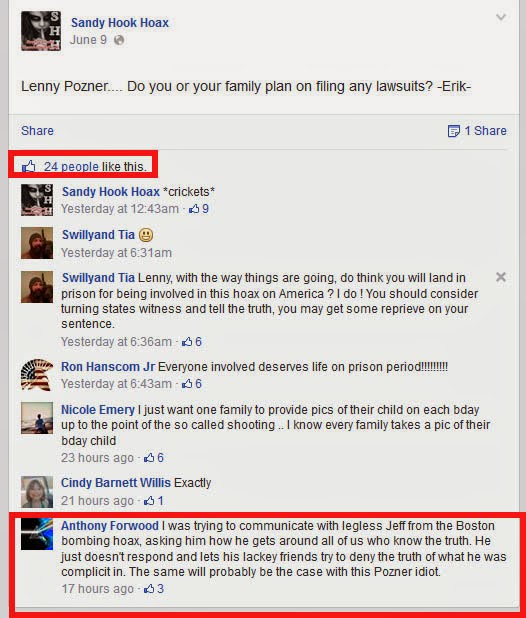 These are the victims of the day for Sandy Hook Hoax Stalkers: 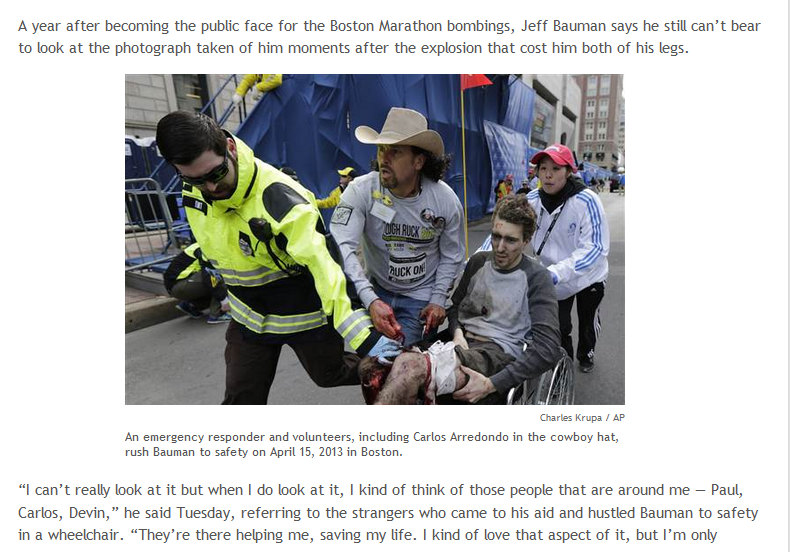 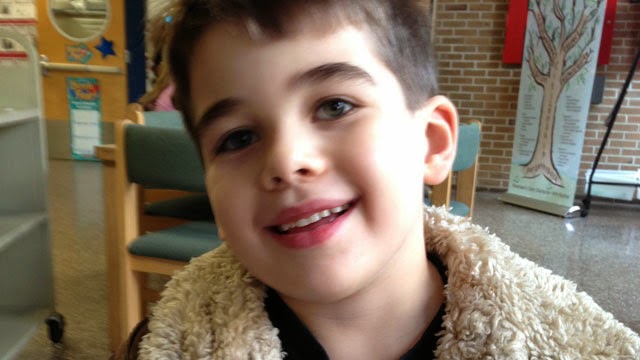 Sandy Hook Hoaxer and  ranting
Conspiracy Theorist Jared Miller is presented
by police after his rampage. 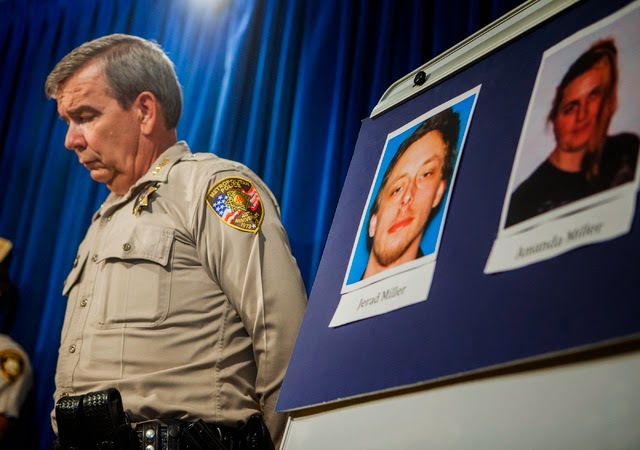