Here is an email Wolfgang sent to the Wilmerhale law firm and several others, attempting to sell that false narrative.  Isn't weird how Halbig doesn't realized how absurd his nonsense sounds? 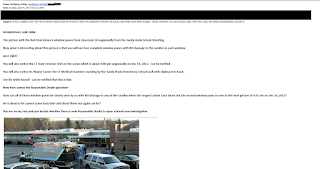 Hoaxers are knowingly pushing a false meme.  Obviously, the Sandy Hook report or "Official Narrative", as hoaxers like to call it, does not make the claim that Animal shot out the windows. claim.

Hoaxers invented the maim by intentionally blurring photos.  John Santiago, demonstrating his talents at photoshopping evidence photos, is the creator of this fake photo meme:

The hoaxers false claim was debunked by me last week in video.

Hoaxer false meme:
The hoaxer contention is that the shooter shot out the three candles from the Room 10 window. Therefore, any photos showing the candles in place are before the shooting. Thus, it's all staged!

The primary pushers of this claim are many of the usual suspects, Jim Fetzer, Wolfgang Halbig, Tony Mead, and Wolfgang's newest side kick, John Santiago (aka Able1212, ScratchingtheSurface).  It looks like Santiago is learning his "create fake evidence" lessons well.


Obviously, the Hoaxer's claim is false.  The report does not the "candles were shot out". In fact, the damage caused can be plainly seen in videos of the crime scene as shown in these still frames. 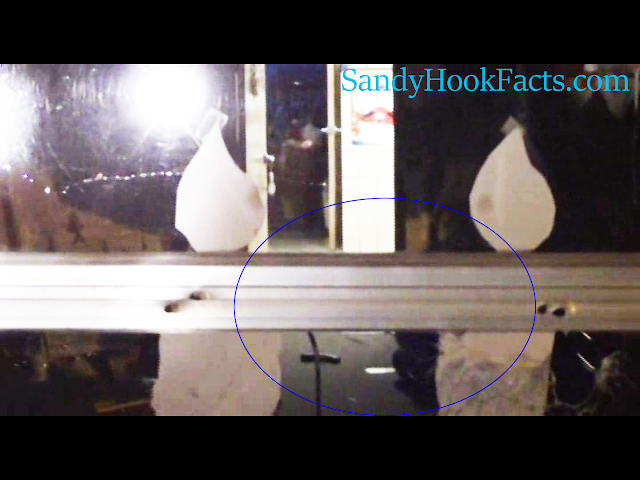 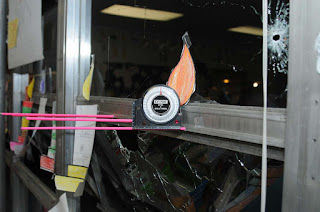 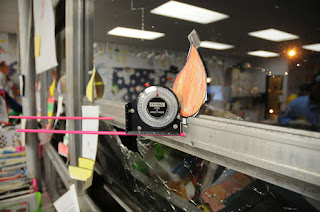 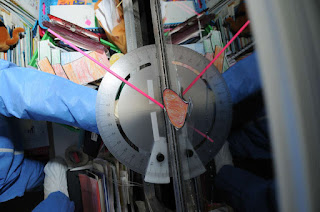 The candles have been removed for trajectory 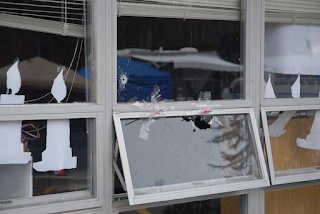 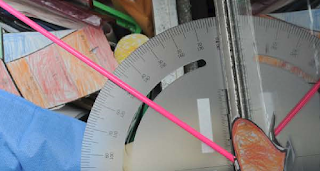 Presented by SandyHookFacts.com at 1:46 PM