Justin Hess aka Youtube "Justin Woolee" has been arrested for double murder!  Hess is accused of shooting his mother to death, then driving to nearby Sandy Springs and stabbing to death an innocent teacher.

Few in the online community are surprised at that murders; in fact, several Youtubers referred to Hess, an avowed Sandy Hook truther, as 'Justin "Adam Lanza" Woollee 'due to his psychotic rants and threats during videos. Hess also had no job and appeared to be supported completely by his mother and owned a cache of expensive weapons that were possibly provided to him by his mother.

Hess drank all of the Alex Jones ultra alt- right kool-aid; From Bundy Ranch to chem trails, FEMA Camps, fake moon landing, all Hoaxes - you name it, if Alex Jones preached it, Hess believed it religiously.

Hess is a radical gun nut, often seen on Youtubes wandering around his mother's basement (literally, he lived in his mother's basement) armed with pistols, knives, rifles, and more. He considered himself a "Sovereign Citizen" and a "III'er".   This Sandy Hook Hoaxer is the type of person Sandy Hook Facts has been warning about and documenting. 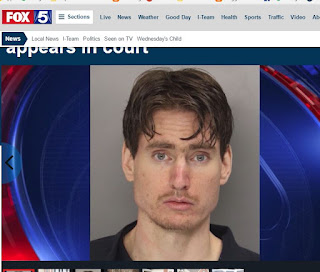 COBB COUNTY, Ga. - A Cobb County man was ordered to be held without bond Monday in the shooting death of this mother, 61-year-old Carol Hess.
Justin Hess, 31, made his first court appearance Monday on charges of felony murder and aggravated assault. His next court date is scheduled for January 10, 2017.
Cobb County Police responded to a call on Saturday evening at Mulberry Farms that shots were fired at 403 Bridle Path Northeast in Marietta. Police arrived on the scene and found a 61-year-old female deceased.

Her son, 31-year-old Justin Hess, lives with her, but was not home when police arrived, according authorities. Cobb County Police issued a lookout for him Saturday evening.  And Sunday morning, officers received a call that Hess was back at the residence.
SWAT arrived and later arrested Hess after a police standoff.
Fox5Atlanta http://www.fox5atlanta.com/news/224345546-story

Is there anyone who watched Justin Hess videos who didn't see this coming?  Justin Hess, also known on Youtube as "Justin Wooley"and "Counter Tyranny Ops" was a rabid Sandy Hook Hoaxer. In fact, he is a radical "gun truther" who believed in just about every conspiracy theory.  Justin Hess is well known for his cheesy martial arts and firearms mixed paranoid anti-government rants laced with vague threats of violence. 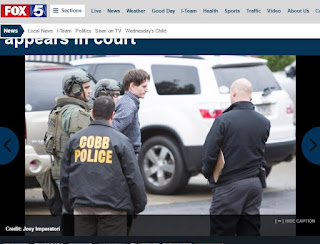 Here is a video I uploaded to my channel.  In the video Hess is preparing for a Trump rally and encourages people to "make American proud and fuck up illegal aliens".


Justin Wooley also made videos asking for rides from Georgia to participate in  the Bundy Malheur occupation and considered himself part of the self-proclaimed "Patriot Movement".


Youtuber "Dave Acton" has covered  Justin Hess quite extensively; going so far as to give him the nickname "Justin 'Adam Lanza' Wooley."  I present his update on Justin Hess. I cover Dave Acton here just because he earned it; having been warning people for some time that Hess was obviously dangerous:


It was not really a matter of if Justin Hess murder someone, but when.  Justin Hess was an avid Alex Jones follower and fully believed he was part of the "resistance".


While I never wrote on him, I did subscribe to Justin Wooley and kept tabs on his videos.  Justin was an "Auto Hoaxer", declaring just about everything a "psyop" and a "hoax";  he was also very much a rabid gun fanatic.  He was very much a stereotypical hoaxer.  He rants could only leave you with the conclusion that he was was quite obviously extremely mentally ill.

His main channel; not surprisingly, has been scrubbed.  Accordoing to various Youtubers, the channel was scrubbed two weeks ago.  A mirror channel of some of his videos is available here:   https://www.youtube.com/channel/UCaJexUt7jimj1zY4jHa0QMQ/videos

This is a screen cap from a video of his I had downloaded called "CFR May try to kill me soon, keep me in your hearts".  I may upload it. 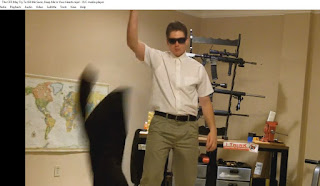 Another Dave Acton video - Cobb County had been warned. Numerous reports of Youtubers that Cobb County Sheriff and the US Secret Service had visited his home.  Hess telegraphed that people around him were going to die, in video after video.  Hess made it clear he was mentally ill; believing just every conspiracy theory that comes down the pike, including claiming Sandy Hook was a hoax.  Society ignored the signs.