On the "back burner" has been a thorough debunking of the misinformation pushed by Sandy Hook Hoaxers claiming that Veronique Haller is Veronique Pozner.

Hoaxers love to claim they are "just asking questions."  When you form your "question" as a baseless attack, misinformation, harmful memes, hoaxer propaganda, and blatant lies, you lose your right to call it "just a question". The misinformation deliberately spread about Veronique Pozner is just such an instance.

The "Veronique Haller" claim is one of the more preposterous and vicious claims made by James Fetzer, disgraced Florida Atlantic Professor James Tracy, and the makers of the debunked and discredited Sandy Hook film "We Need to talk about Sandy Hook".  Countless other hoaxers have followed their lead; the spread of the lie only mitigated through the efforts of HONR Network. 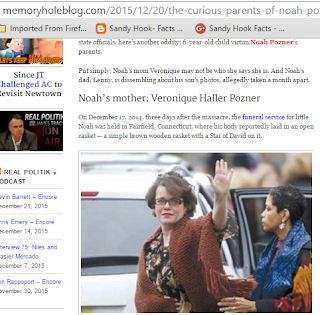 The Hoaxers claim that Veronique Pozner, the mother of victim Noah Pozner, is actually Veronique Haller, a Legal Counselor from Switzerland and a Swiss diplomat. 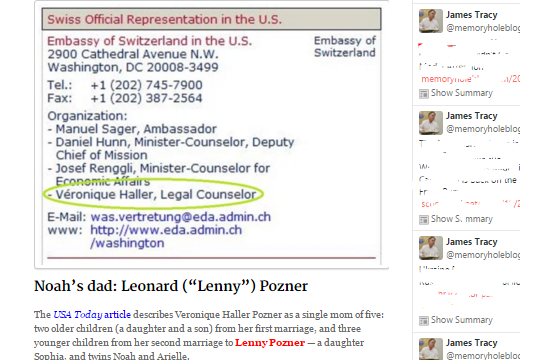 The goal of the conspiracy theorists is simple: tie Veronique Pozner into the "evil U.N." and thus, demonize her.  To a wide-eyed conspiracy theorist tin foil hat nut job, there is nothing more damning that to tie someone into a perceived   "international boogeyman", especially the U.N.

It takes little research to find that Veronique Haller is a different person, working as a Swiss diplomat in numerous international forums. Veronique Haller appears to work in areas of concern for and on behalf of other people, such as Human Rights, Humanitarian Law, and such; Haller hardly seems to be the boogeyman hoaxers seek to uncover. I find no evidence whatsoever Haller is interested in small arms in the United States; she works on much more global issues: 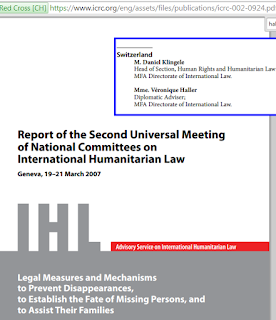 Instead of Real Research: Hoaxer Proof
The "proof" offered by the hoaxers is a screen shot of the name Veronque Haller as working at the Embassy of Switzerland in Washington, D.C.  Meme's like this, conveying this intentionally false hoaxer narrative litter the net.

Since Veronique Pozner's maiden name is Haller, these alleged researchers misrepresent that she is that same person as diplomat from Switzerland.  This name is the only connection.

"We Need to Talk About Sandy Hook" offered the hoaxer's most "conclusive evidence".  This consisted of finding the name of Veronique Haller as a Swiss diplomat on another U.N. Document.

"How can we be certain Veronique Haller is Veronique Pozner?" Mr. Stosh says in the film, at about the 14 minute mark, pretending he is about to provide a factual basis for thei absurdity. 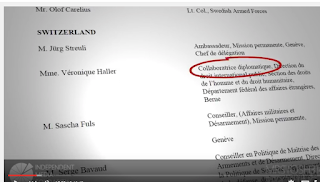 "Get yourself a copy of the Amended Protocol for the prohibition blah blah on Certain conventional weapons blah blah".  (SHF Note: The document concerns munitions such as cluster bombs NOT small arms such as rifles; in other words, the convention had nothing to do with gun control at all, let alone gun control in the U.S.; however, facts never phase a hoaxer).

Then Mr. Stosh  scrolls to Veronique Haller's name and declares "She is listed as a diplomatic collaborator for Switzerland!"

Seriously, how is this proof that Haller is Pozner?  It's Haller's name on a page.

Lenny Pozner points out the following:


"The hoaxers mention a UN Conference in Geneve on Nov 7 thru 17 2006 (WNTTASH 14:37) that Veronique  [Haller] attended. This simply would not have been possible [for Veronique Pozner] because she gave birth to the twins on 11/20/2006. Flying in the last 30 days of pregnancy is not common and because of her age and a twin pregnancy it was categorized high risk. I don't recall for certain, but she may have been on bed reset for the final 30 days." 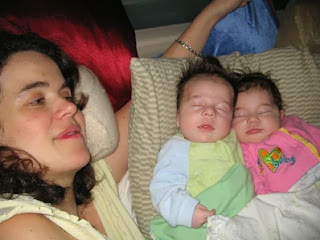 Common sense, unless you are a hoaxer. 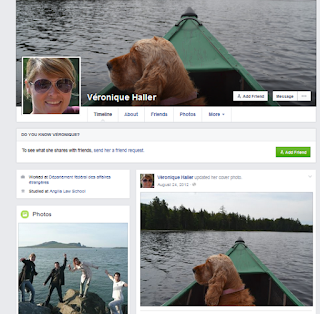 I would bet a dollar that she abandoned that page due to hoaxer harassment.  The friends list can be researched from that page and it is obvious that it is a "real page" and many of her friends are other European diplomats.

In 2010, Veronique Haller  was assigned to the Swiss Embassy in Washington, DC: 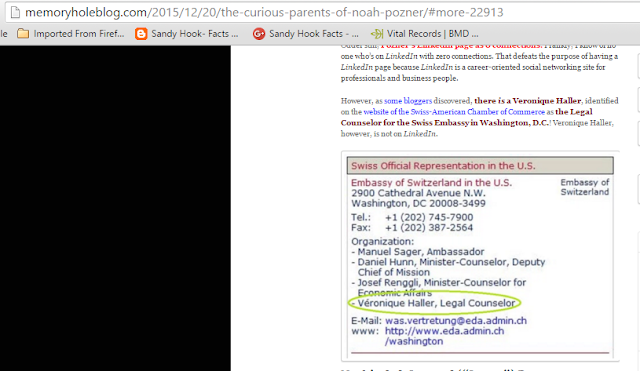 The alternate, much more rational conclusion, that there are actually two people, a Registered Nurse named Veronique Pozner from Connecticut and, Veronique Haller, a legal counselor from Switzerland never enters a hoaxers paranoid, disjointed mind; evidence contrary to their preexisting agenda of harmful disinformation is simply dismissed as evidence of conspiracy.

For professsors and "experts", we can deduce that ignoring rational thought constitutes intentional harm because they should know better.

In December 2014, I set out to debunk the Veronique/"We Need to Talk About Sandy Hook" claim.  I did something James Tracy and others pushing lies don't do, I did research:

First, I asked for and was provided exclusive access to several documents that proved Veronique Pozner was an oncology Nurse working in Connecticut as was being claim.ed.


Veronique Patricia Pozner, Registered Nurse
I was provided a pay stub with understandable redaction's; I am going to go farther and shrink it very small; I simply don't want to give a full-sized view of this to the "hoaxer world". 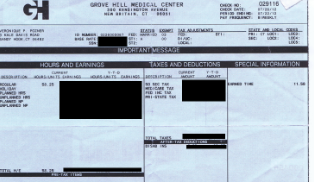 I will give a clear image of the top though:

And Veronique Pozner's 2010 offer of employment from her employer,  Grove Hill Medical Center. She was still working there in 2012.  She was not working in Washington, D.C., let alone working there on behalf of Switzerland. 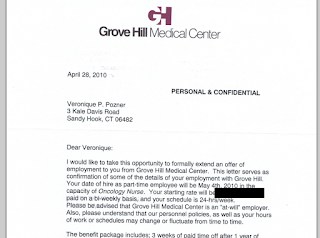 An actual copy of Veronique Pozner's Connecticut RN License at the time of the shooting: 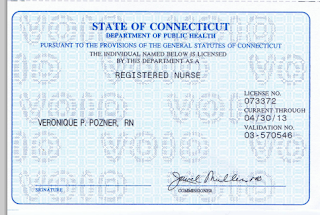 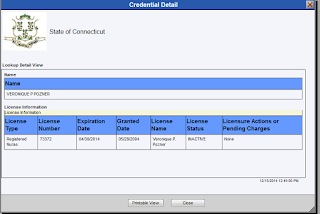 Veronique Pozner had been a Registered Nurse since 1991, recognized in three states, including her current active license in Florida:

Online, I found a recommendation of Veronique Pozner as an Oncology Nurse:

First, her full legal name is listed in many places throughout the internet, including this State Department Diplomatic List:  Veronique Regula Ida Haller.

For obvious reasons, the State Department would use her full legal name in official publications: 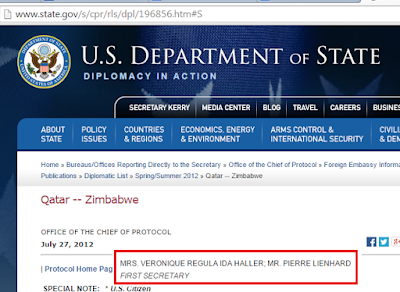 According to her Facebook, she graduated law school in 2004.  Veronique Haller is not a nurse. 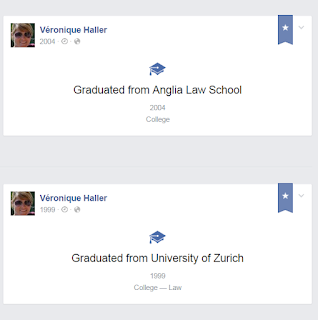 The U.S. Ambassador from Switzerland in Dec. 2014 is now someone else because Veronique Haller is no longer working in Washington, DC. 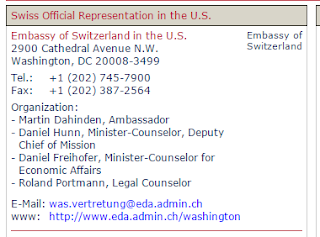 She is now "Head of Section" for Switzerland's Human Security Division, working in Bern, Switzerland. In other words, she is not a nurse in Florida. 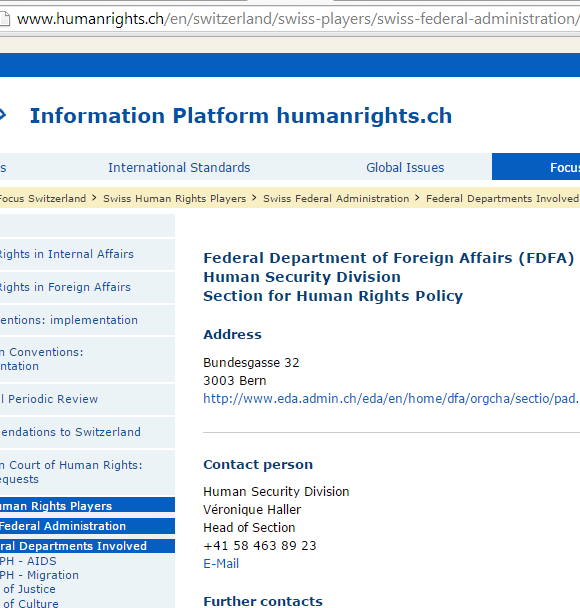 She is all over the internet: 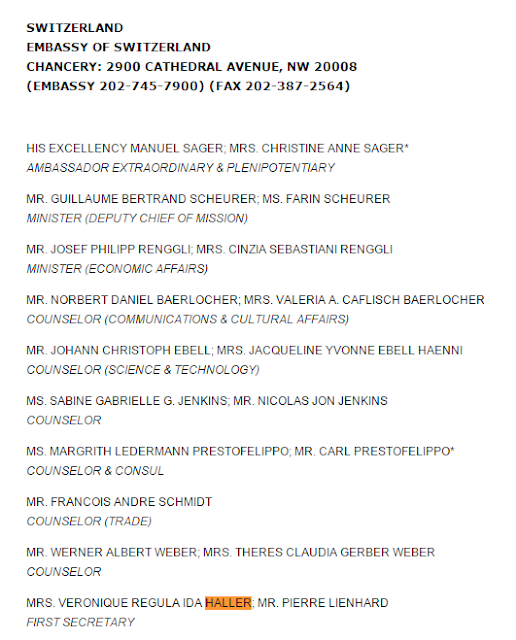 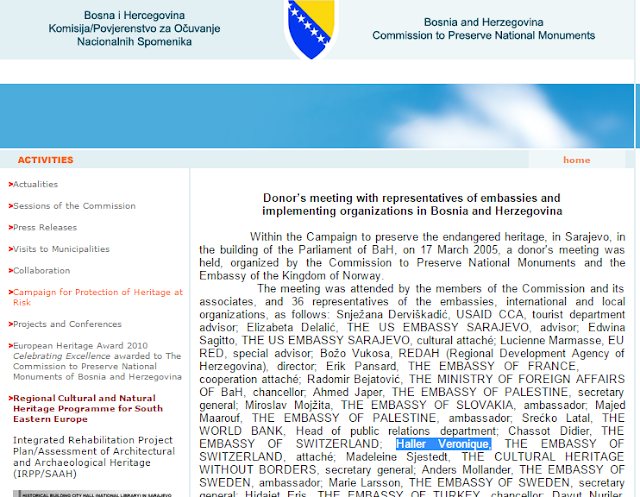 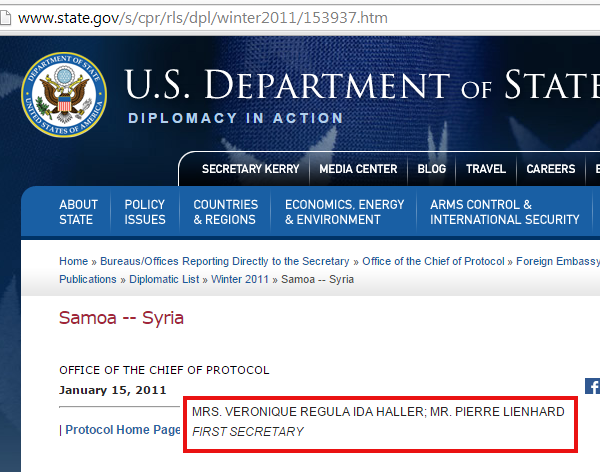 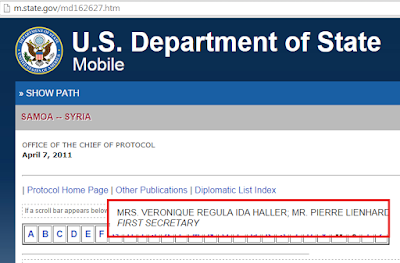 At some point, I discontinued my research into the Veronique Haller and Veronique Pozner thing, putting it on the back burner.

My "Debunk" was re-energized when I found a video of Verinique Haller speaking on behalf of Switzerland to the United Nations.  Veronique Haller is quite obviously not Veronique Pozner..

I'm quite sure they wont. It was  never about the truth with hoaxers, it has always been about personal attacks on victims, intentionally causing emotional harm, and pushing lies.

Thanks to the efforts of the likes of James Fetzer, James Tracy, and Peter Klein, attack after attack has been launched on the Pozners: 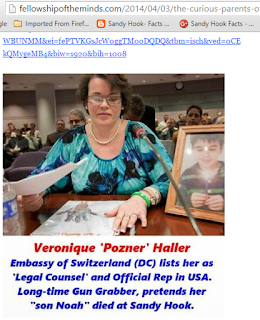 Disgraceful, disgusting, vicious attacks, all based on the lie they spread: 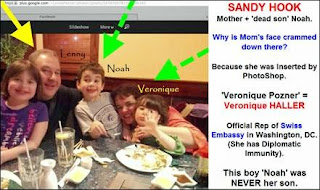 James Fetzer piled on along with James Tracy in Veteran's Today: 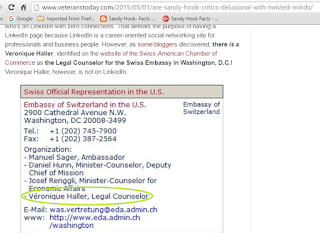 Just for the record, I wish to address this lie in the the Fetzer/Tracy/Halbig book "Noah’s mother has claimed that she has released a photograph of his body. But no one I know can find it. So where is it?"

The original article referenced  a link to an Inquisitr article:
http://www.inquisitr.com/469181/noah-pozners-mom-describes-newtown-victims-body-and-why-we-should-all-listen/

The statement about releasing a photo of the body was not by Veronique Pozner, but by Emmett Till's mother concerning the famous Emmett Till casket photo.

Yet another lie in the Fetzer/Halbig/Tracy book.

These are professors and alleged "court experts" putting out blogs, videos, and books filled with lies and misinformation. These are not simple "reading comprehension errors". As professors and experts, they don't get to pretend they can't research their way out of a paper sack,  These are lies; intentional misinformation.  Vicious lies and propaganda with intent to hurt Sandy Hook victims and families. 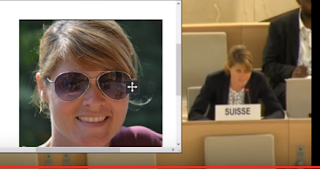 Presented by SandyHookFacts.com at 9:22 PM

You need to fix your article, it should say Swiss, not Swedish.

I appreciate your research but one thing that you do, just as these "hoaxers" you refer to, is you think in black and white. Some "hoaxers" have unanswered questions... and that's why they believe it is a hoax. This is opposed to you lumping them altogether and saying, their sole intent is to cause emotional distress. Some are scammers but some have legitimate questions and I'm one of them. I'm currently watching the documentary you mention in here and it lead me to your blog. I am a seeker of *truth* whether or not it verified this being a hoax or not. That's the reason I'm able to appreciate this blog. I am thoroughly seeking answers and I have not once harassed anyone about anything.