On May 6, 2014 Wolfgang Halbig spoke before the Newtown School Board.

I have posted the video to my channel, you can watch it yourself, and it's included in this post.

This is my take on the speakers who spaketh.

1) Wolfgang questioned why Newtown did not utilize his "expertise" or respond to his contacts.  He then went on to ask a few of the same 16 questions that have been asked and answered multiple times.

Wolf, why would they want to have a fraud like you helping them?  You have posted that your own wife wants you committed. Recognize your illness and seek help. No one will be calling you any time soon for anything "real".  You are officially a nut case. Below is your new crowd.

2) Jim Fetzer spoke, talking about 626 children, then subtracted 20 dead children, and declared 606 children needed to be bused.  While apparently a math wiz, he is quite a vile and disgusting person to speak in such terms to these people.  Obviously, it is well known and documented the parents picked up the children, but that doesn't stop Fetzer's invention of premise to screw up.

3) A guy dressed in colonial garb spoke and thankfully made it brief. He did not like that his home state of New York passed gun laws quicker than Connecticut in the wake of Sandy Hook.

4) Dan Bidondi, of Infowars, diatribe that embarrassed every gun rights advocate out there. Some gems:
"This 'trad-egy' affected us all"
"(100,000 gun owners) has to suffer and turn in their ASSAULT WEAPONS."
"It was the gun of a barrel that won the revolution."
"It's better to have a gun and not wish we had one when we need one."
"Adam Lanza passed up six schools and choose Sandy Hook becuase it was a gun free zone."
"I'm not going to go shoot up everything."

6) Kevin "Laprad (sic) " a self described "regular person", spoke.  Despite the fact he appears to be operating in a substance induced haze, he was able to formulate a few sentences proving he knows exactly nothing; which lives up to his own billing.  "When people are hurt on traiges they are put on tarps every time."  "This is not fate, we are here for a reason".  Oh, brother.

7.  Some New York guy spoke. You couldn't hear him until Mealy Worm adjusted the microphone.  He wants pictures of dead Adam Lanza and he'll be happy.  Hey, CT State Police, leak one or two! Jeez. The world deserves it, so I'll agree there.   Adam deserves nothing.

8.  Thomas Lapp spoke but apparently is not allowed to share what he knows or people will get fired.  Is this guy for real?

9.  Michelle Murphy, from Houston Texas is, according to her statement, a bi-polar mental case and that's why she is interested in Adam Lanza.  She rambled on, leaving her business card. She declares she is not surprised mentally ill people are shooting people but doesn't want all those who suffer mental illness to be suffer because some of them shoot people. Err, or something like that.

Now that I think of it, out of all of them, she was the only one of Halbig's crew who almost made any sense.

The school board responded:

10. Jim Fitzpatrick, a Newtown Resident spoke last, talking about the "circus" and "collection of conspiracy theorist" who are talking about  "shamanism to Halloween".  I wish more Newtown resident's spoke, but I don't blame them for not granting Halbig that honor.

He earned brief applause that was quickly silenced by the school board. 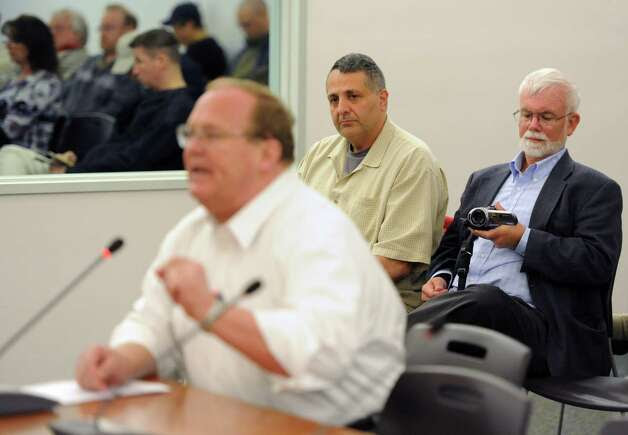 This meeting was covered in the press here:
http://www.newstimes.com/local/article/Newtown-school-board-greets-Sandy-Hook-skeptics-5458442.php#photo-6267956

The video is here

Does not include meals and gas for three days.

I have all the receipts you idiots.