Wolfgang Halbig is actively pursuing the identities of the minor children that comprise the chorus from Sandy Hook Elementary School; the 26 children who sang at the 2013 Super Bowl.

On the off chance you have been living under a rock and don't know, Hoaxers allege these children are the children who died at Sandy Hook in 2012; declaring the children to be alive. The fact the 26 children look nothing like the 20 children who were murdered and the fact the Super Bowl singers are much older than age six or seven, the age of the victims, does not deter them in the least. 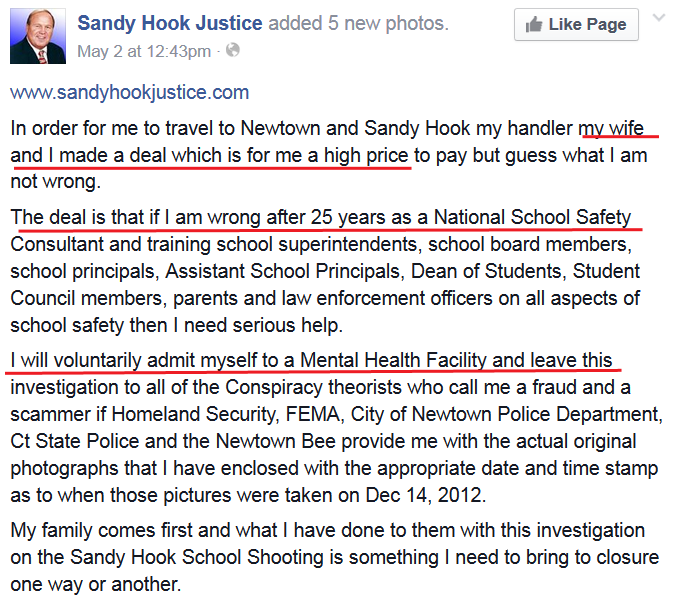 Halbig himself has mentioned the Super Bowl theories, live on air.  This is not about logic with them; that is why they are dangerous.

The pursuit of the identities of living minor children, so he can publish this information to his fellow hoaxers is predatory and sick behavior.   Wolfgang Halbig has retained Carson City, Nevada Attorney Day Williams in a desperate attempt to make a formal attempt get the minor children's identities from the National Football League.  That is beyond the pale and sick.

We all believe in the first Amendment, but is there a limit to the madness we must tolerate from the likes of Sandy Hook Conspiracy Theorist like Wolfgang Halbig? I think that limit is crossed with Cyber Stalking of the identities young minor children.

When it comes to protecting these children from the likes of Wolfgang Halbig and his predatory followers, that line has now been crossed, in this writers opinion.  Nearly every day, and sometimes several times a day, Halbig posts a photo of himself armed, wearing a pistol backwards like a Wyatt Earp character. Is this a message to us? His motto is "They came to my house, no I'm going to theirs."

In movies this would be called "foreshadow".


His post formally calling for their identities and the letter by his attorney Day Williams: 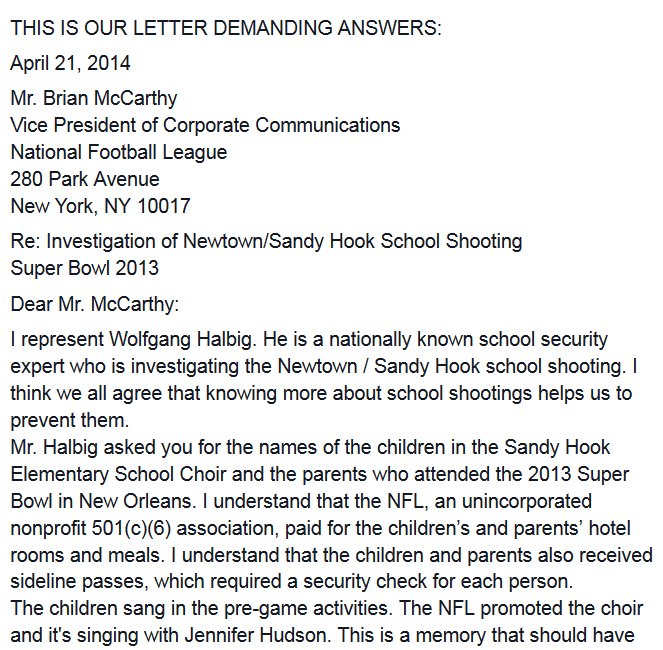 If you have any doubt as to the intent of these people, do a search: