The camera system at Sandy Hook Elementary school has been the subject of much debate.  As a result of a Freedom of Information request (which Newtown responded to within a few short days), the final details of the camera system can now be revealed.  There have been previous videos and articles on the Security System before and those researchers are credited below. Most of the information in this article has been published before. 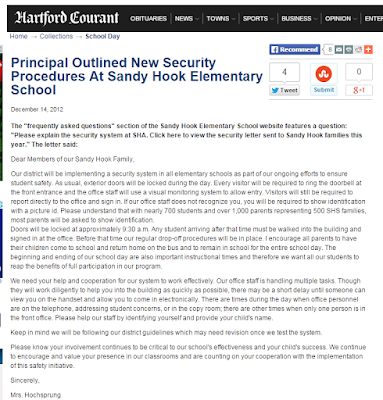 The controversy stems from the fact that Sandy Hook hoax conspiracy theorists have misrepresented an article that was first published by the Hartford Courant showing a notice posted in the "Frequently Asked Questions" section of the  Sandy Hook Elementary School for many years as linked here:
https://web.archive.org/web/20070111203315/http://www.newtown.k12.ct.us/shs/page.php?pid=115

Hawley School's letter is exactly the same and was archived as far back as October 2006.

Hoaxers contend the notice is new and further contend the article states there is a "Brand New High Tech Security system" installed in the school.  Those words are not used in this "recycled" document.  The entire context is invented out of thin air by people misreading and /or fabricating a premise of the notice.

The new security system was budgeted for Hawley School, Sandy Hook School, and Head O'Meadow School for FY2007 at $4,322. 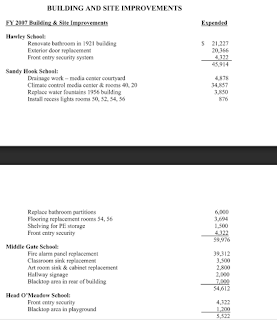 The document received by SandyHookFacts is an invoice showing the installation of the security system at Sandy Hook Elementary School on or about August 6, 2006, which would be a few weeks before the start of the 2006-2007 school year.You will also note the system was discussed in the Newtown Bee in October 2006


The invoice shows the system installed including make and model. 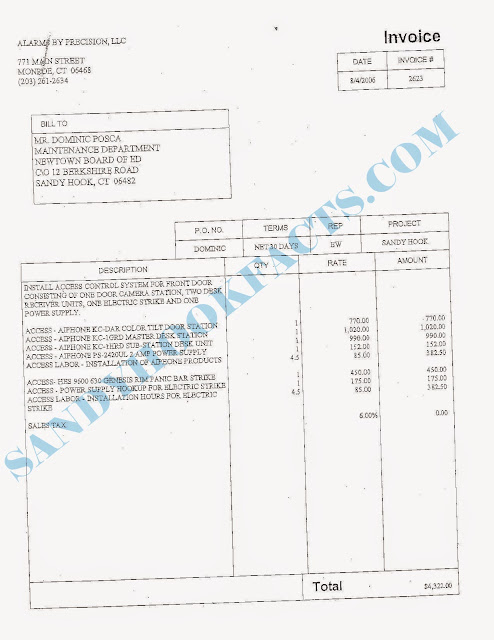 http://dev.aiphone.com/home/products/kc/
As indicated in the police report, there is no recording functionality with this system. 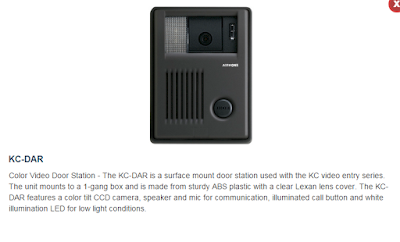 Crime scene photos of the unit mounted on the Door at Sandy Hook shows the camera:
Close up of Farr photo 104: 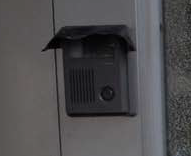 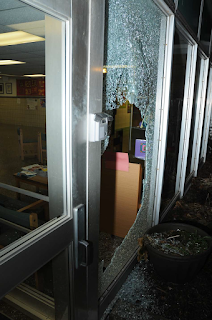 The on desk monitors looked similar to telephones and offered the ability to view the camera, communicate with the camera, an all call button, camera tilt control, door call LED, and a door release button. 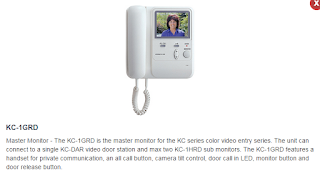 This viewing station can be seen in this screen shot from School Interior Video 4: 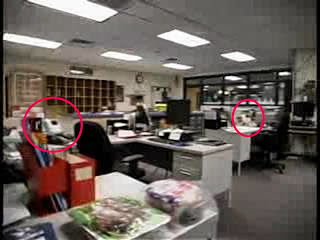 The hoaxer invented myth that there was a "New High Tech Security System" is completely discredited and lacks any evidentiary foundation whatsoever.  The hoaxers have failed to produce even one piece of evidence of a "new high-tech security system".    All of the facts support the historical records, the documents provided by Newtown via FOI, and final report.

The system was a viewing monitor with audio speaker to control access at the front door, had no recording capability, and was not "new" at all. It was installed just prior to the start of 2006-2007 school year and was still in use on December 14, 2012.

Bonus:
During the FOI Hearing Gino Faiella discussed the floor wax build up that Wolfgang Halbig; who obviously lacks real world practical knowledge, and could not understand.

During my file review for this article, I located the machine that was used by custodial staff. 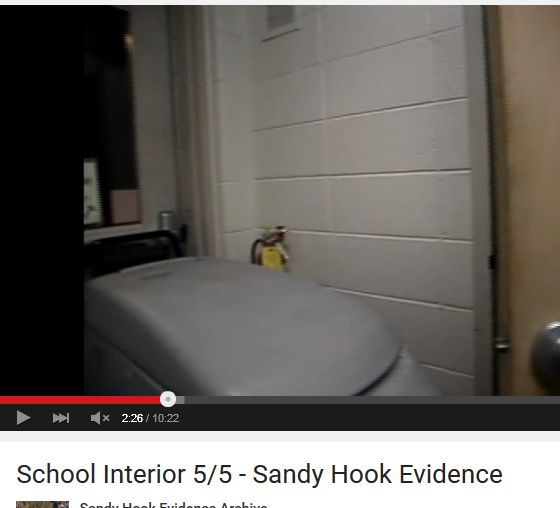 This machine is this type of industrial floor machine: 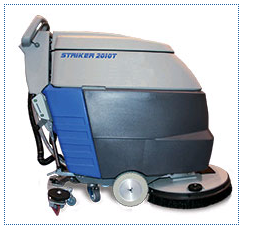 
Outstanding research by Marie Jones and Mike Flagg going back to September 2014 is acknowledged..