As has happened so often in the past, Sandy Hook Hoaxers have once again been caught fabricating evidence to bolster their contention that the shooting at Sandy Hook Elementary School was a "Hoax".

The conspiracy theorist groups use their fabricated 'evidence' to raise funds.


This time, Sandy Hook Hoaxers are claiming that the hat worn by Adam Lanza and photographed in the final report could not have been worn in 2012 because it has the  "new Flexfit band" that was manufactured in 2013.

Unfortunately for the dishonest Sandy Hook Hoaxers, Flexfit did not shy away from providing this writer with the facts.  The facts  prove fraud.


"...our employee’s original email was modified and manipulated before it was put on the website  you provided me. Thus, it was not 100% accurate information at all.  "

The website I showed him?  None other than the Duke Reichert blog!

Thus, Sandy Hook Hoax was caught red handed manipulating emails to suit their purpose; and their purpose is to raise money!

Mr. Yang went on to provide samples of the new Headband that went into production in 2014, and the samples make it clear that Sandy Hook Hoax's scheme is transparent:

"For your reference, the below are the 2 different versions of same bucket hats that we are selling. We have made the inner sweatband changes which took place in 2014. Therefore, the sweatband with “Flexfit” legible ones were produced between 2005, when we launched the product line until 2014 when we made the running change." 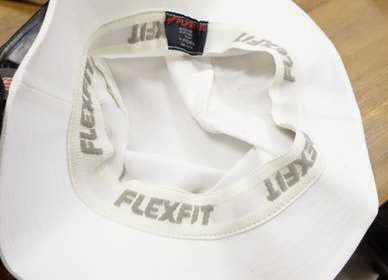 Flexfits new band, launched in 2014, and the obvious glaring difference: 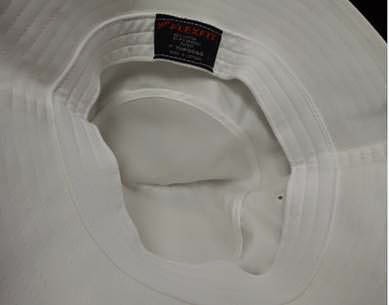 One can easily observe that Flexfit abandoned the big "FLEXFIT" writing with their new sweatband. There is no reasonable way a Flexfit employee would be unable to tell the difference between the two versions of the sweatband, there can be no mistaking the two styles, and there is no doubt Erik Pearson and Tony Mead's Sandy Hook Hoax are again proven to be pathetic fraud! 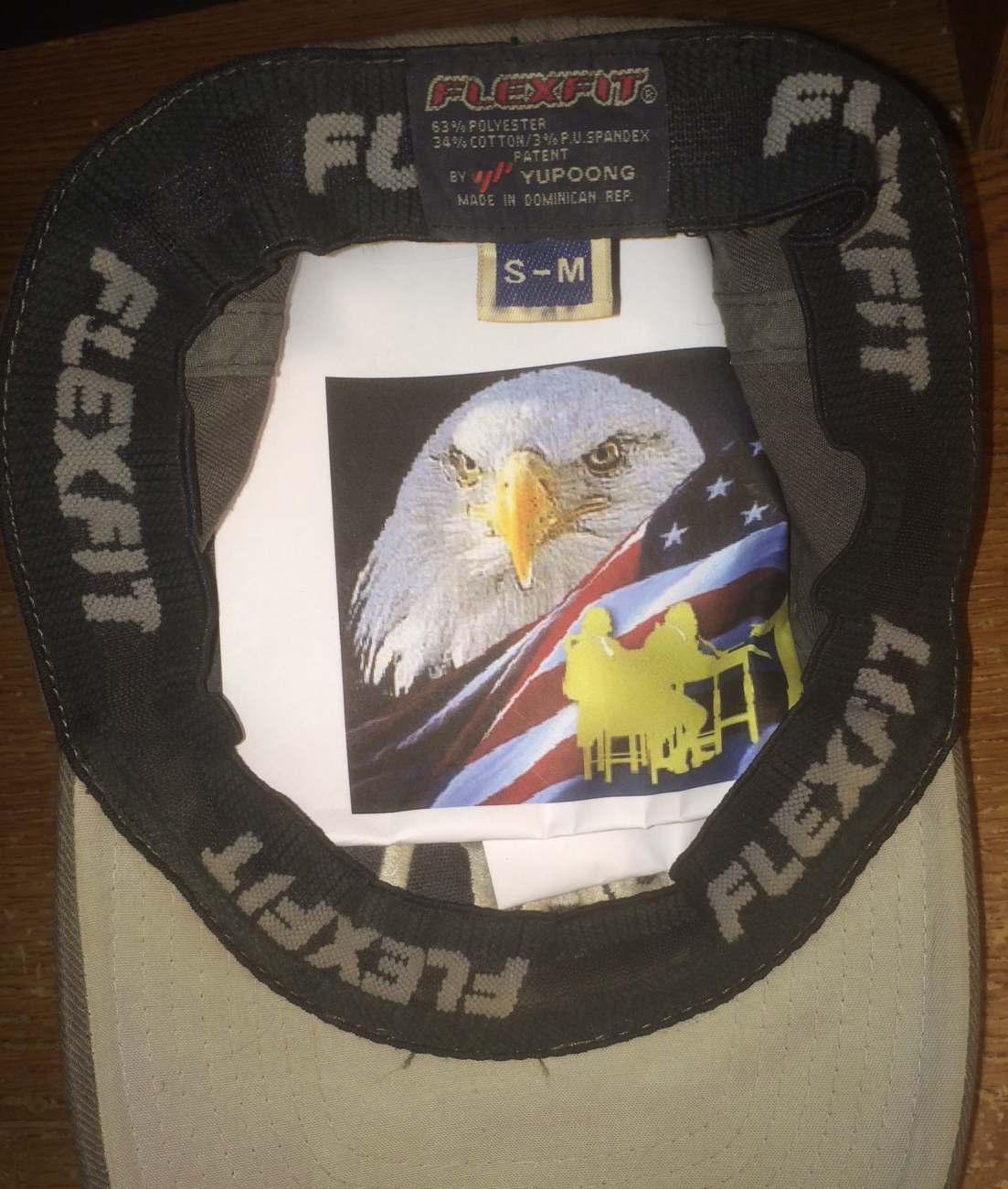 Metabunk did a factual debunking of the claims:
https://www.metabunk.org/threads/debunked-the-band-on-lanzas-hat-wasnt-used-by-flexfit-until-2013.4279/

Bridget:
Hello *******,Sorry for the delay in responding…I have reached out to my Production Team here and in NY..And I contacted my factory overseas….to see if I could get some answers regarding:The production cycle – and being able to identify product by label etc…So it has taken some time to go to the appropriate people who might helpIn identifying the timeline as to when this was made, who purchased the hat and when we changed our labeling.Unfortunately – I cannot give you a 'definitive' answer, although I can give you a really good idea and bet that I am 98% correct. I would just hate to find out that it could be wrong, so please keep that in mind.The only photo given – is limited in view, however I am able to blow the photo up and found more markings and numbers that have helped us in our search.Here are the areas of issue:1. I cannot see if there is a Flexfit 'Flag' label (This specific label was only produced and sold on the east coast for a period of time. I can speculate that it was during this time based on the style of the hat, because I have been working here for well over 20 years, but it is not definitive.) This is on the brim, where the crown meets the brim top side.2. Our inside label has identifying markers as to season/year of production, however the numbers on this hat do not seem to match any that we have produced, which is odd because I have contacted our overseas production department as well, and they also do not use those numbers.We produce blank inventory such as the bucket cap – and they are shipped to 2 different distribution centers. One on the east coast and another on the west coast…so stock levels are sold and replenished regularly, but we do keep track of the numbers on the hats for inventory and identifying sales.This style is carried over from year to year with little to no change –as it is a staple item. So we need to keep it consistent as possible for our customers/distributors who purchase it yearly, but I do recognize that this hat was during a year we had been making changes by the lot.My California distribution center alone - receives on an average 5 to 7… 40 foot containers of various cap styles weekly.3. We have done 5 updates to this cap within the last 20 years that I have been with the company.a.) We removed the flag label from the brim – (I mentioned above) approx. 3 years ago. with that being said, that would have been in 2011. This photo was taken in 2012 [sic. Allegedly]. That does not mean that this person would have not kept on to the hat after the year we removed that label. I would assume most people keep their hats years after their original purchase.But we would have continued to sell through any product still in the warehouse until it was sold out – so it could have carried over longer than when we actually stopped producing it with the label. I know that they stopped selling this item on the east coast and west coast both around the end of 2012. (not sure on the exact month and day).b.) We updated the sweat band inside in 2013….but we continued to sell through the previous sweat band until stock levels depleted…However the new sweat band is pictured in this photo you have sent me. This is odd given the information you have given me.There is an 'identifying marker' on this item I can see from the photo you have given - that can tell us when it was made and where it was purchased…However I am still looking into the number listed on the hat, trying to find out who made it (if it was even Felxtfit and find out the purchaser from this number.)I’m sorry I could not be of more help right now – if you have any further questions please let me know. Until then I will continue to look into this and get back with you as my time allows. Sorry for the delayed response.I wish you luck with what you’re looking for. I know it meant a lot to you.Thank you,Best Regards,
L 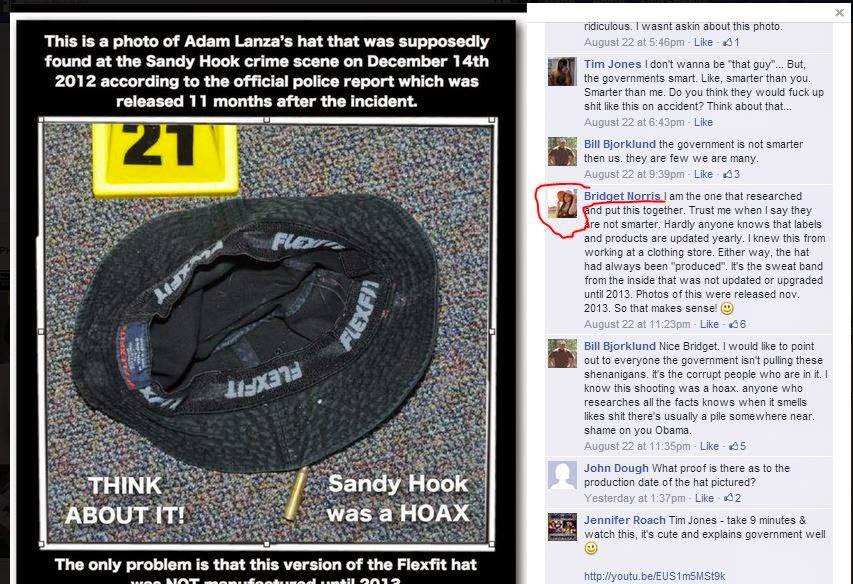 
Evidence has been obtained that links Sandy Hook Hoax's to direct complicity in creating this fraudulent evidence.