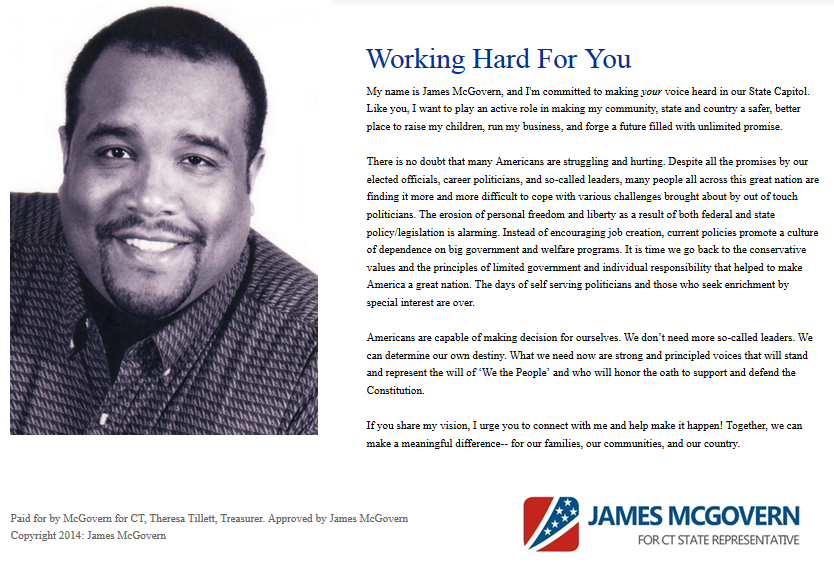 Recently they received posts by a candidate for Connecticut State Legislature, James McGovern.

Posting side by side a photo made to appear as an undead child, holding her dirty fingers to her lips, a grotesque mock of the first graders who were murdered December 14, 2012, is Connecticut Candidate for State Representative, James McGovern. 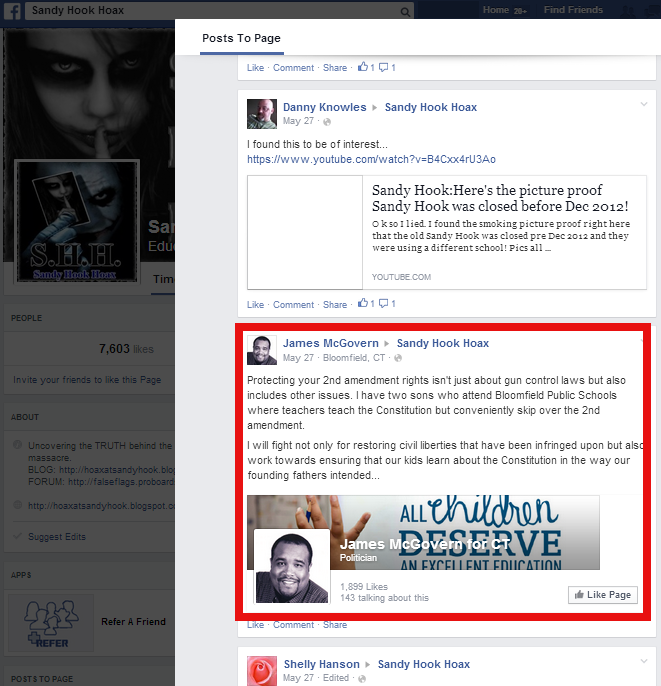 Why are you posting there?  Why are you inciting, inspiring, and aiding these people? 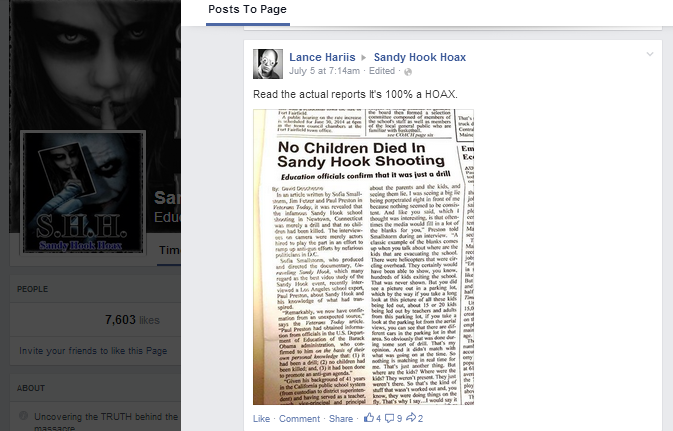 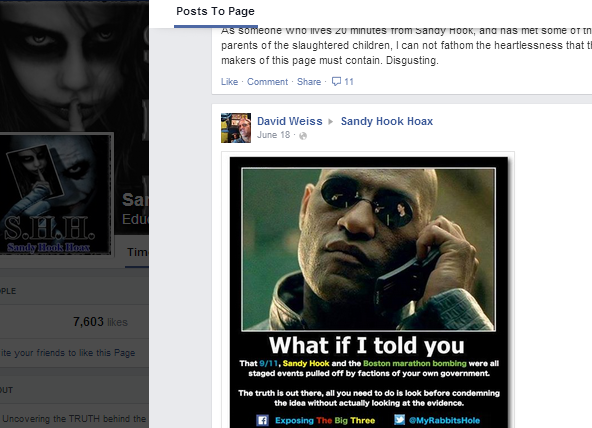 9/11, Sandy Hook, and Boston Bombing... Are you you a complete tin-foil hat wearing wack job Mr. McGovern?  Connecticut voters have a right to know. 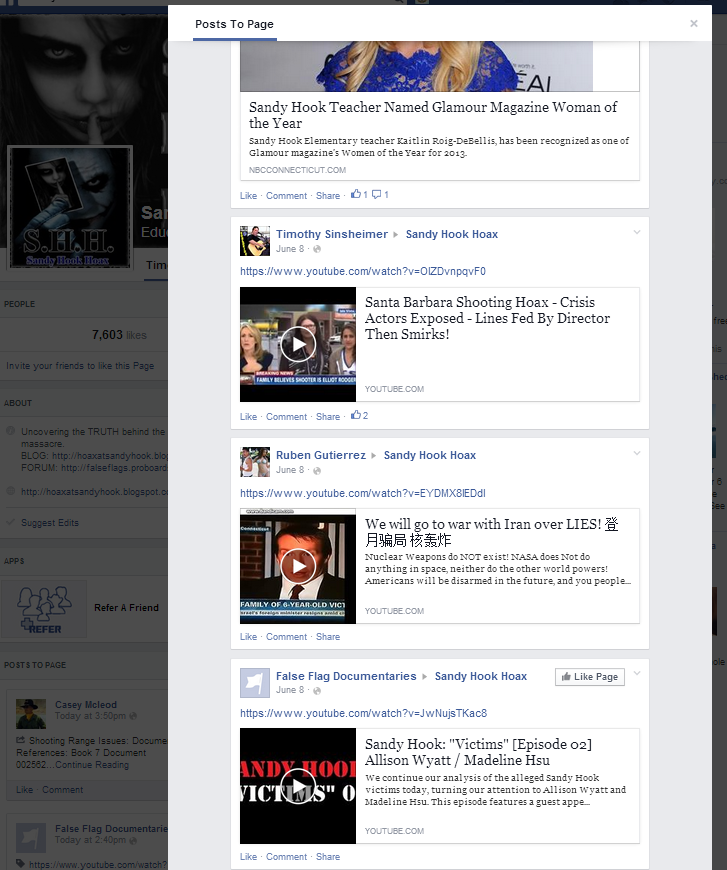 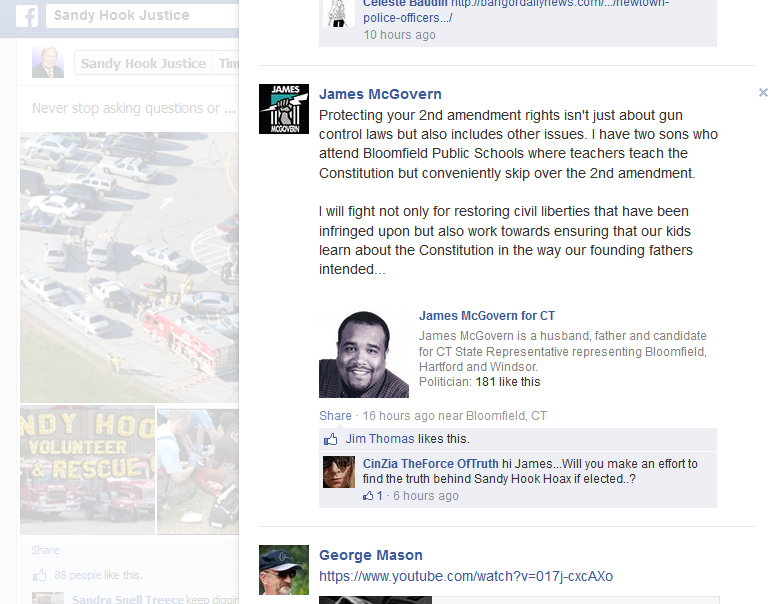 Are you comfortable with your friends in that post? 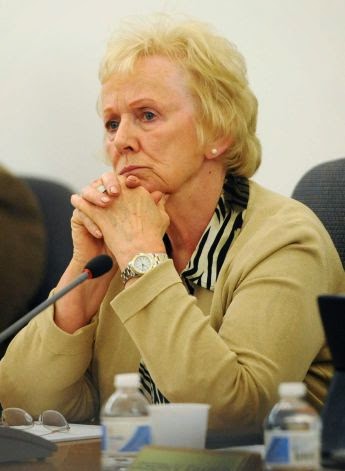 And I confronted you.


I gave you the information. You could have distanced yourself from them, but you didn't.   You stood firm!

Oh, you don't have an opinion?  You don't have an opinion of out of state conspiracy theorists that stalk Connecticut residents, seek to dig up graves, seek the identities of minor children in Newtown, and make a mockery of a tragedy where your state's teachers and first graders were slaughtered, yet you go there and try to make new friends and inspire them about guns?


Well, that is your right. But I sure have an opinion about that.  We don't need people like you in government, at all.  That's my opinion. 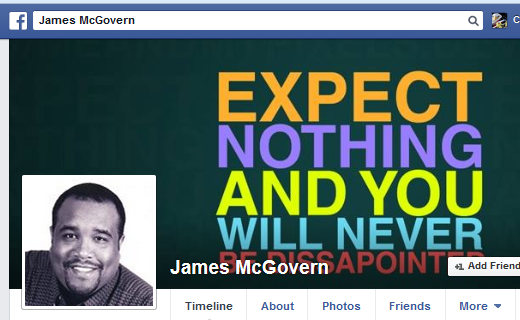 Apparently, you have taken your motto to heart.  Hopefully Connecticut residents expect more and are disappointed in you.