New information has been released by Lenny Pozner clearing up a few 'nagging' issues.

The question was, if Noah Pozner did not receive a full autopsy, why did the report state they received "the autopsy reports for the twenty-six victims"?

For the answer, Lenny Pozner went straight to the source, Dr. Gill of the State of Connecticut Office of the Chief Medical Examiner (OCME).  Dr. Gill was the author of the letter that was in the final report.  Dr. Gill also gave permission to publish this clarification.

The Pozner's had requested no autopsy be performed on Noah for religious reasons. This request was granted and only an external examination was performed by OCME.  Lenny Ponzer previously released Noah Ponzer's Postmortem examination here and the Death Certificate (below) affirms that no autopsy was performed. 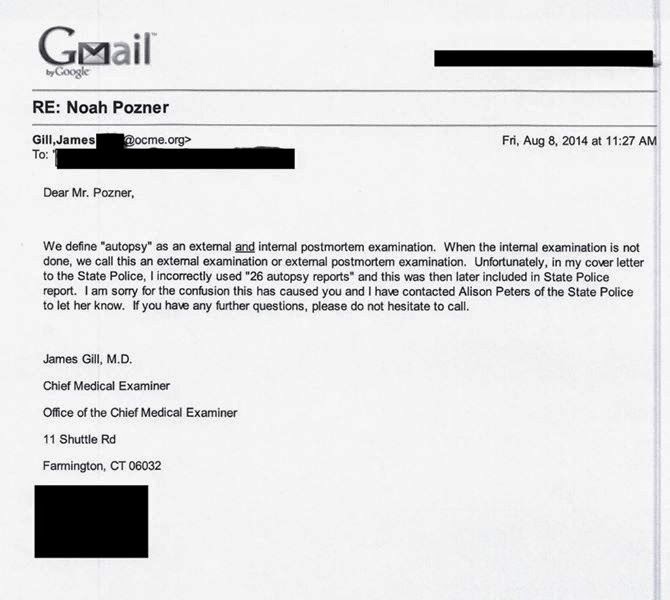 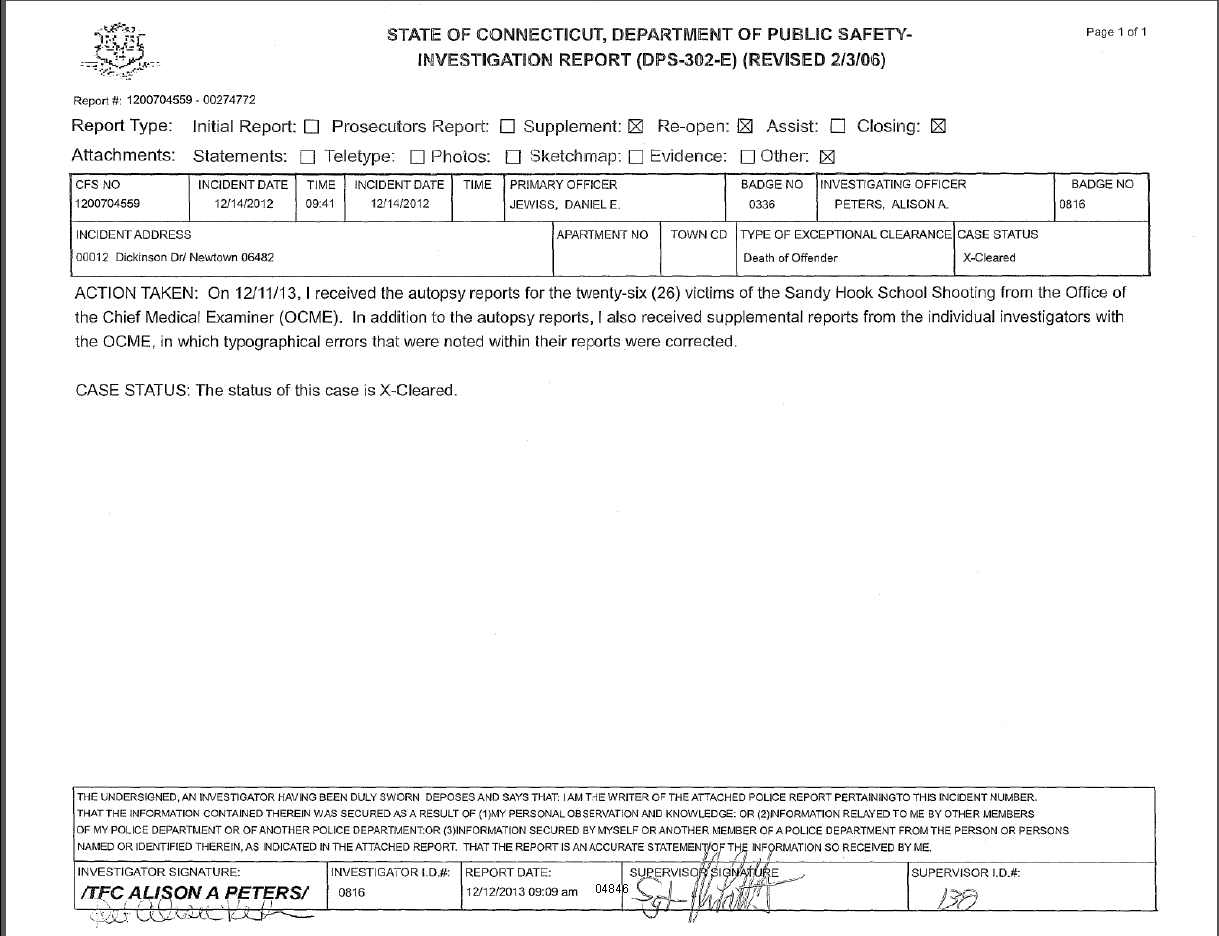 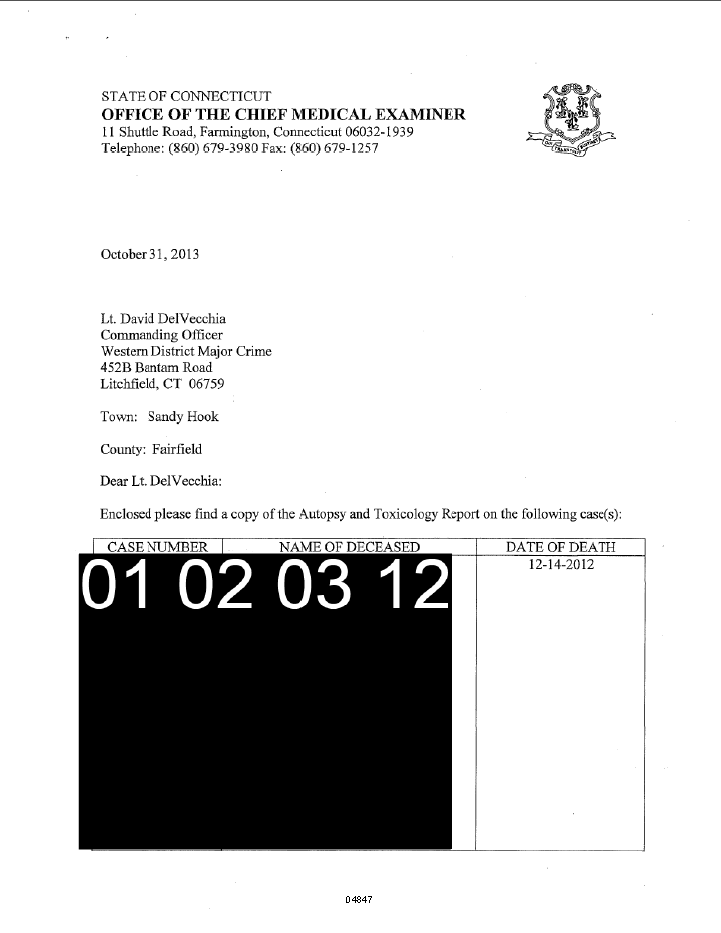 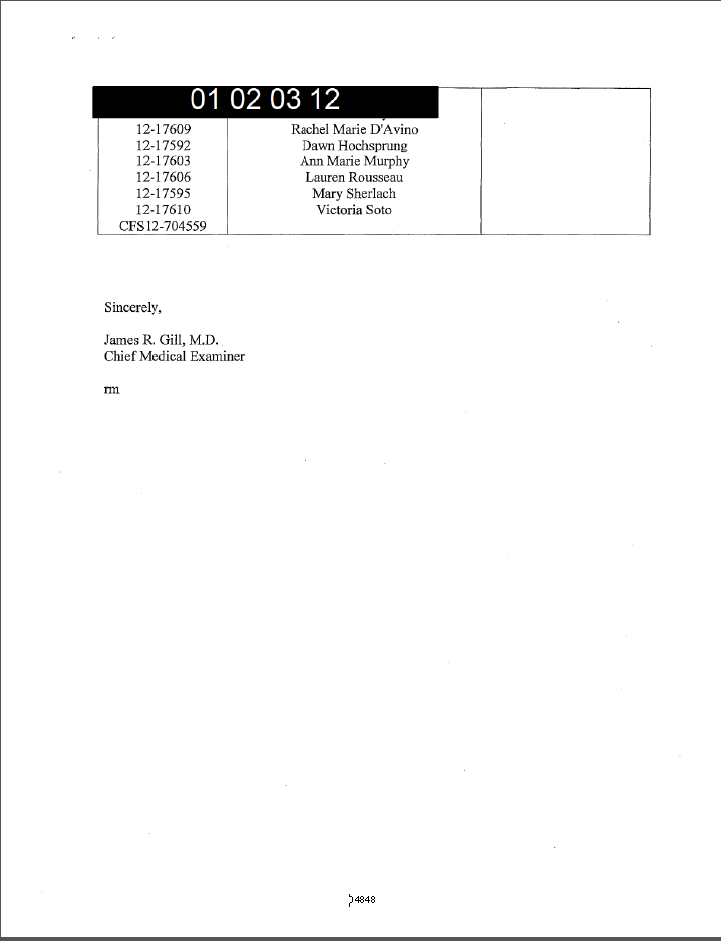 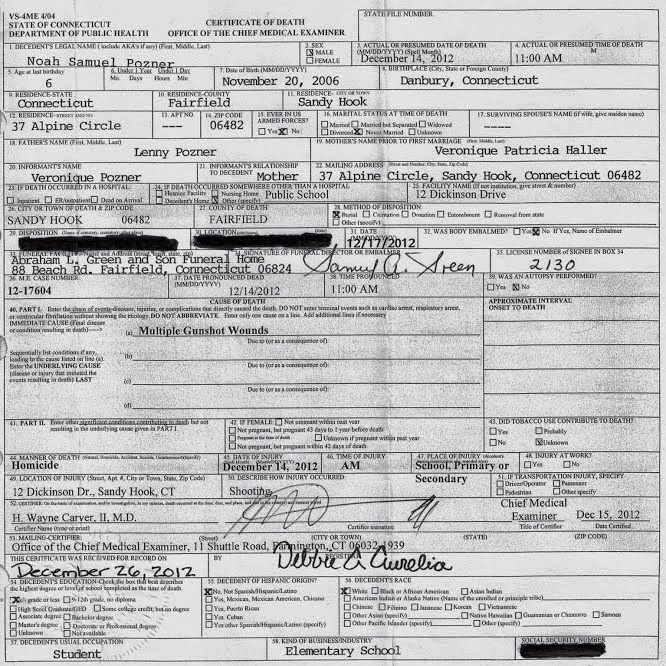