Sandy Hook Facts warns that most hoaxer hosted versions (such as "DonotTryToFindMe") are embedded with code used for IP Phishing scams by Sandy Hook Hoax hackers and trolls.

A copy is uploaded to a neutral pdf host here:
https://www.pdf-archive.com/2017/01/07/drill-site-activation-call-down-exercise-plan-a/


Fraud Proof #1 -The manual originated  from a sock  account and cannot be authenticated from any legitimate source. 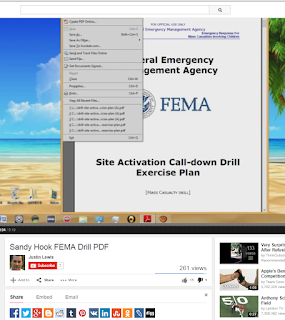 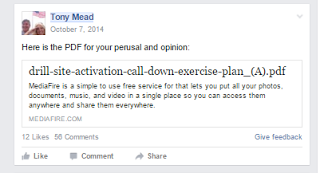 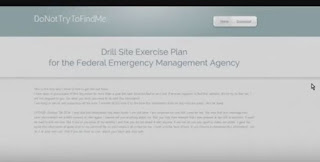 Fraud Proof #2 - The document claims to be of a "classified exercise" yet has no classification markings. 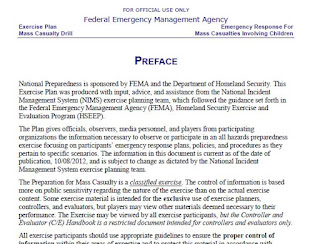 The hoaxers stole the manual from a template on Mass.gov website and removed the "un", changing Unclassified to Classified. 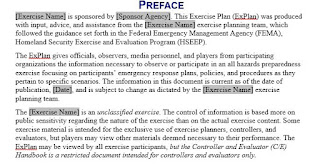 The document has no markings required of a classified document 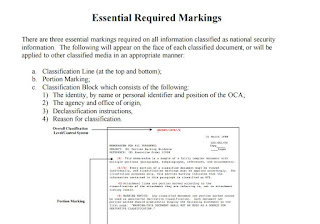 Had they read the article, the FEMA manual might have been a little better.

A fatal flaw of the manual is that the manual purports itself to be a manual for a Mass Casualty Drill using armed first responders, yet the word "safety" is not even mentioned. 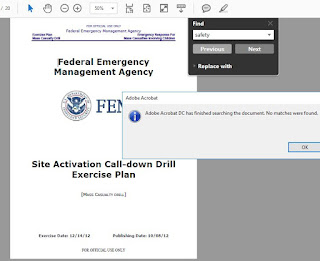 The contents lack any mentioned whatsoever of a safety or weapons policy. 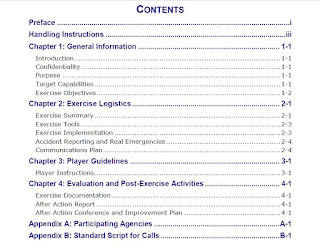 A real on-site MCI / Active Shooter drill manual would have had that information. It is essential information, especially when dealing with armed first responders. 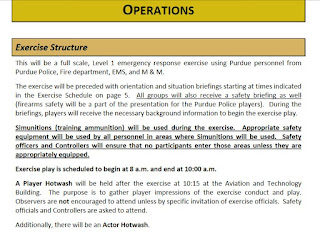 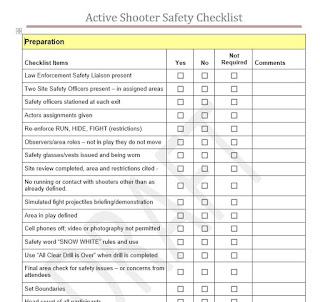 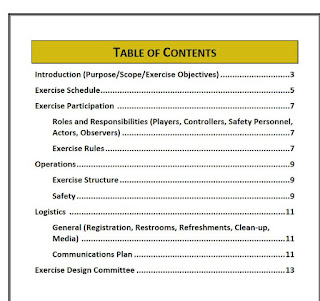 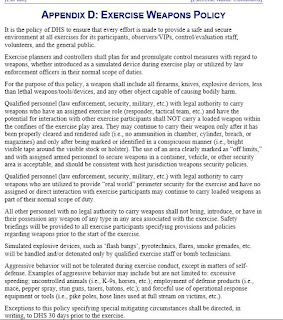 Fraud Proof #4
The only contact person list is Tom Romano.  Tom Romano is listed as is incorrectly listed as working for FEMA. 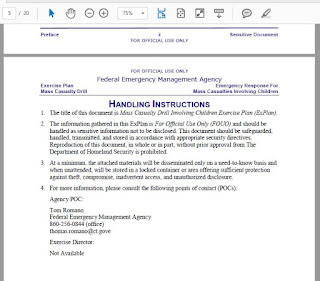 Tom Romano works for Connecticut Division of Emergency Management and Homeland Security, not FEMA.  Hoaxers often confuse the Federal agency with the Connecticut state agency.  Obviously, Thomas Romano would not make such a dumb error 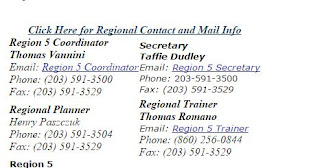 The hoaxer version incorrectly listing Tom Romano as working with FEMA is proof of fraud.  Furthermore, the hoaxers even mispelled Tom Romano's email address, adding an "e" to .gov. 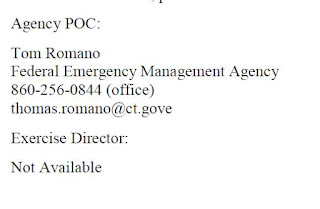 Hoaxers stole the template used to create the fraudulent manual from this link:
http://www.mass.gov/eohhs/docs/dph/emergency-prep/dispensing-site-kit/drill-site-activation-call-down-exercise-plan.doc

The link is to a Mass. Department of Public Health hosted Call Down drill.

It is phone call practice - thus explaining the lack of need for a safety policy (discussed as Fraud Proof #3).  Call down defined. 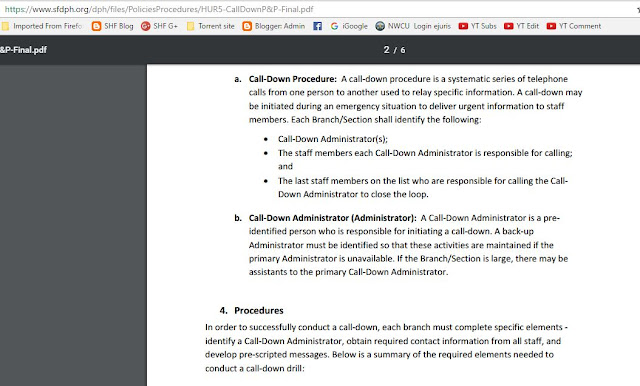 Hoaxers left the Call-Down drill information in their fraudulent manual.

Since the template was stolen from the health department,
the CDC information was also left in the manual.

Fraud Proof #6 - The Hoaxer who wrote the fraudulent FEMA manual  obviously had no
experience or training in MCI Response because  the manual is nonsensical in terms of MCI/Active Shooter.

Here are the original objectives from the template:

Since the template was from a Health Department drill- "Mass Prophylaxis" as an objective makes sense.  After all, a Mass Prophylaxis plan is a plan that: The Emergency Mass Prophylaxis Plan is the citywide plan for large-scale antibiotic or vaccine dispensing in the rare event of an infectious disease emergency.

Here are the objectives listed by the Hoaxer:

The hoaxers left in the templates original objective "Mass Prophylaxis"; completely out of a place in a active shooter mass causality event.

The other other Target Capabilities are equally nonsensical, such as "Mass Death of Children at a School by Firearms" and "Suicide or Apprehension of Unknown Shooter".  Whoever wrote this manual has zero knowledge of MCI or response and did not research it at all. It certainly was not written by a professional.

There are no agencies listed to host the event. There are no participating agencies. The manual is devoid of any hint that other agencies are participating in the event, with the exception of incorrectly listed Tom Romano, as discussed in Fraud Proof #4.

Fraud Proof #8 - Centers for Disease Control (CDC)
Hoaxers forgot to remove the CDC as developing the assessing and scoring matrix and other CDC references.

The CDC was used in the manual because the manual is for a health department emergency drill, not an active shooter drill.

Fraud Proof #9 -  Hoaxer sock account accidentally revealed they had several versions of the document on their system.

The hoaxer sock account utilized to release the document by Sandy Hook Hoaxers showed a screen shot of his Adobe program, accidentally revealing that he had numerous versions of the document saved on two different drives on his computer.

This revealed that he worked through several versions to get to the final release version. 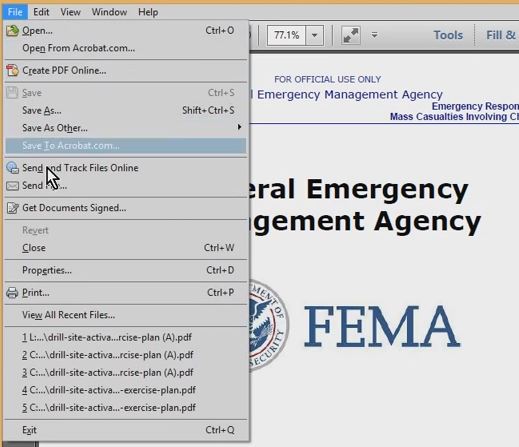 The document used the health department template.  This was not helpful when it advises the readers that they must make their site available to the "Department of Homeland Security health department" in the event of a real emergency. There is no such agency.

Copied from this health department template: 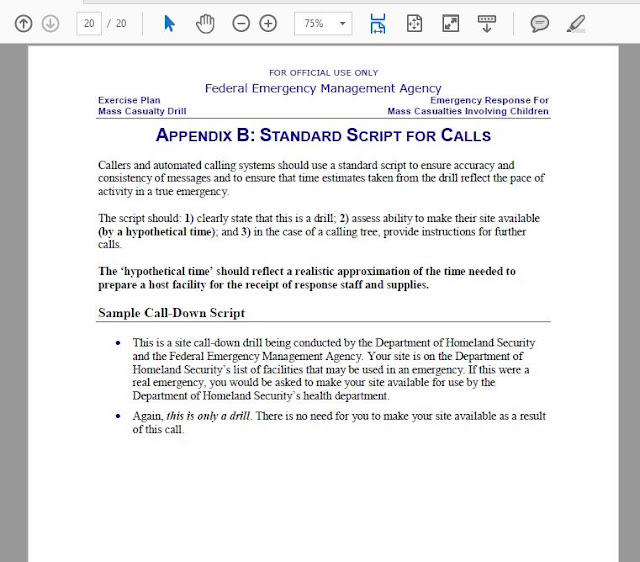 Another major error in this document is typing the date as "December 13th 2012". 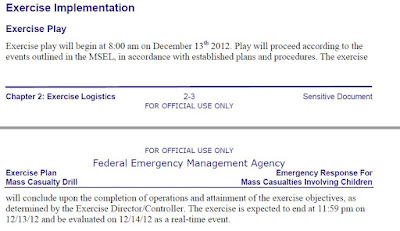 No EMS/First Responder personnel -  trainers, coordinators, or otherwise would make such an error.

The error is so idiotic, even Tony Mead corrects the typo when he quotes from the manual as he attempts to sell the guide authenticity to his hoax cult member donors: 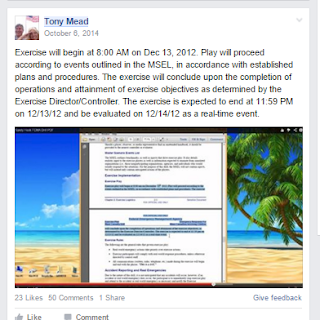 Hoaxers are on notice - Fraud

Intentionally using an obviously fake document, in this case, a ridiculously fake FEMA manual, to trick people into purchasing your product or donating money to your cause is FRAUD and could be prosecuted as a Federal felony.  Fraud is illegal.  Fraud over state lines using interstate methods of commerce, such as the web, make this punishable as a United State felony.


Presented by SandyHookFacts.com at 10:26 AM