Hoaxers, a group of people who find a thread of conspiracy in every high profile killing, appear to be throwing their weight behind Islamic extremism.

The first channel I noticed doing providing aid and comfort to terroristss was MattyD.

MattyD4Truth
MattyD is one of the biggest supporters of the goals and ideals of Islamic extremism.  These are his last four videos.   The parallels between radical, violent terrorism and MattyD's belief system cannot be mere coincidence.

Whenever a terrorist strikes, MattyD rushes to put out a video to cover for their terrorist act while simultaneously pushing their message.    MattyD pushes their message nearly everyday and he pushes it hard. 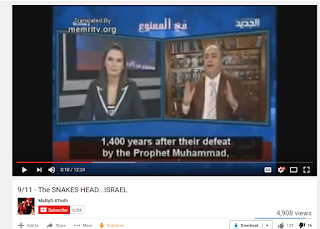 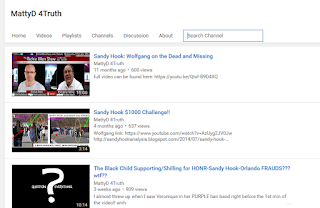 MattyD is not alone.  Check out this series of videos by Magulater1 and decide for yourself whether the links between radicals, terrorism, and hoaxers needs to be investigated further.


"The truth movement is a front for Islam"- by Magulater1

Hoaxer Agenda - Part 1 through 4 - by Magulater1


Presented by SandyHookFacts.com at 5:33 AM

These fake-journalists have acquired some level of notoriety as dubious authorities on deadly events. They pitch their "woo" to the mentally and emotionally challenged hoaxer crowd for daily consumption...they can't afford to let their lemming down.

The irony is, THEY ARE DOING to their fellow Americans, exactly what they accuse the targets of their mindless video's of doing...lying to the general public for personal gain.