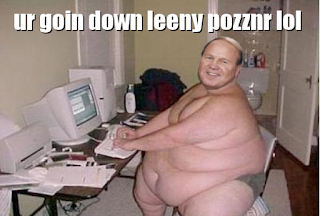 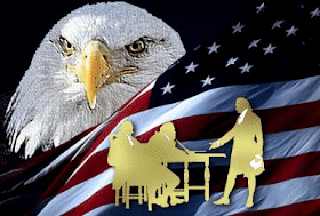 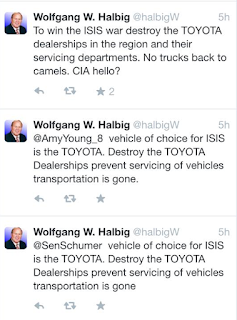 Presented by SandyHookFacts.com at 8:30 PM

Another 'Victory' for Hollywood Halbig.

Ha ha ha.. I mean is there more that needs to be said? Great job..

Anybody else want to photshop BigHal's head on a baby? Halbig needs to see a mental health specialist. As a human - and in spite of my discontent for this moron - I am actually concerned he may need medication. But until he goes completely off the rails ... I suppose more memes are in order.

Yes!!!! please excuse my profanity - but - this fat f*ck deserves everything he gets!! he's a pig who should be made an example of. leading an harassment campaign against the bereaved parents of slain children? does it get any lower than that? what a lowlife piece of sh*t!! i hope he does the world a favor and blows his own brains out.

Also, is Wolfie going to post all the emails and work orders he got from the defendants at the FOIA hearing???

congrats, this brought a big smile to my face.

You know what I find hilarious......the fact that probably most of the 23K he lost to bloggers who were the ones calling him out on his BS, was money his moron followers donated to him to 'break the case wide open' ...stunningly poetic. Congratz to you guys lol

Also, is Wolfie going to post all the emails and work orders he got from the defendants at the FOIA hearing??<<

However, since the DVDs were provided from Newtown... perhaps that not enough for the wild eyed ... we have independent verification from Wolfgang's OWN tech guy, Thomas Lapp who tested a COPY of Halbig's DVD that Halbig made for him.. as we reported here: http://sandyhookanalysis.blogspot.com/2015/08/foia-ruling-appeal-filed-versus-sandy.html

In other words, Halbig is misleading people on this, since even his own Tech guy/former Admin posted his findings.

Yes, he is bold faced lying... his Dash Cams ARE imbedded with Time Stamps.

I have no idea when, if ever, Halbig will release anything. He doest release what his donors pay him to get, in my experience.

Sandy hook fags. No one died at Sandy Hook.

This is so good to hear. It made me sick to my stomach that he had the nerve to sue people for speaking poorly about him when he has vilified grieving families time and time again. But is there any reprieve for them??? They have had to deal with catastrophic loss and try to ignore these lunatics....it is good to know he isn't getting away with it.

I agree Halbig should not have filed this action. That said, I back him on exposing SH for the elaborate charade it most certainly was. Unless he dies he won'y stop his investigation, and YES, there is plenty of evidence suggesting the event was indeed staged... same goes for the most recent "shootings". Sooner or later someone is going to admit participation as a paid "crisis actor" and when that day arrives, I'll be dancing in the street as will thousands of the so-called "truthers"...!

@BUHZUZU..... Don't hold your breath. Since the Sandy Hook hoax crew came out I've seen people come out and pretty much claim everything is a hoax. They've targeted the JFK assassination as a hoax, also claimed no one died on 911, and the latest old but new claim is the earth is flat. These three claims will hurt the truth movement, if they already haven't.

Everyone who believes that SH is a hoax are all banking on someone will talk and to them I say don't hold your breath.

If the hoaxer crowd can't see how this everything is a hoax movement makes legitimate truthers look like tin foil hat wearing goof balls then they may very well be part of a movement that wants to stop people from asking questions or seeking truth. Some may very well work for Big Pharma.

Halbig is a fraud and even Dr K at nodisinfo.com has called him out. Btw, Dr K believes as you do that SH is a hoax.

Congrats on winning the suit. Did you collect the award? Have always thought it was easier to win these suits than to collect the damages.

@BUHZUZU "legitimate truthers"? Is there such an animal?