Florida expanded their SLAPP to state to now bring Florida in line with other states who protect free speech.  Prior to the changes, Florida's SLAPP statute afforded no protection to those speaking on matters of public and political concern.

The U.S. Supreme Court has recognized that the most import speech protected by the First Amendment is speech on matters of public concern.


And now reads in pertinent part:

"A [person] in this state may not file or cause to be filed, through its employees or agents, any lawsuit, cause of action, claim, cross-claim, or counterclaim against another person or entity without merit and primarily because such person or entity has exercised the constitutional right of free speech in connection with a public issue..."

This is good news for free speech advocates and especially for Sandy Hook bloggers.

Wolfgang Halbig is the public figure leader of the Sandy Hook conspiracy theorist community.  Widely published in the press, in thousands of videos and articles, Halbig espouses disgusting and wild conspiracy claims paraphrased closely as "No children died" "The parents are 'in on it'", and that "the Sandy Hook shooting was a drill perpetrated by the government that ... the planning started at the desk of Obama  and worked it's way down ...including the entire town of Newtown...including  even the funeral directors". 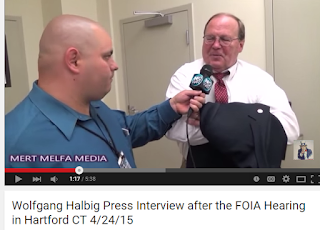 Wolfgang Halbig raises funds to perpetuate the "Sandy Hook Hoax/illusion" conspiracy theory through his website www.SandyHookJustice.com  where he makes overtly false claims, such as claiming the police provided Police Radio Transcripts are actually "scripts" that were pre-written and the police officers were actors.  Gullible minded people rely on his statements and, thus far, have donated tens of thousands of dollars.

Wolfgang Halbig accepts donations online or you can mail the donations to his home; his home address prominently displayed..

Wolfgang Halbig's "Sandy Hook Hoax"; a compilation of Halbig in his own words can be viewed hSince Halbig is a famous public figure who raises money by making absurd claims concerning a national tragedy, Wolfgang Halbig suing bloggers for "defamation" is text book "SLAPP" activityere:
https://www.youtube.com/watch?v=Sn_vZHzSb5A


While conspiracy theorists have always been a part of society, as the leader of the Sandy Hook Hoax Community, Wolfgang Halbig takes the next step and files lawsuits against bloggers who do not agree with his conspiracy theorist views, tactics, statements, or fund raising.  This also serves to quell "debunking" of Halbig's and his statements on  a matter of public and political concern; SandyHook.   Obviously, Halbig would not want his theories "debunked".


Wolfgang has raises money for nearly two years promising to bring the "U.S. Government to their knees with Federal lawsuits"; however, thus far, his only legal actions have been Florida defamation lawsuits suing only a random assortment of bloggers.  Unfortunately for free speech, the blogs have closed down, wilting under the legal attacks by Halbig's attorneys.

Such lawsuits chill free speech by intimidating those with opposing views from speaking on matters of public concern.  Further, as practical matter, the lawsuits have more to do with Halbig's "but-hurt" than December 14, 2012. 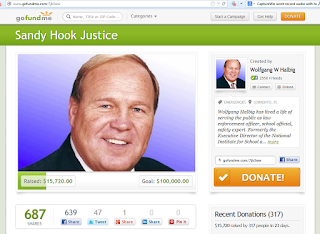 With Florida's new law, defendants have mew tools to deal with Halbig's type of lawsuit.

Meritless lawsuits to quell public discussion, especially on matters of public concern, are known as SLAPPs - that is "Strategic Lawsuits Against Public Participation".   Many states have followed California's lead in enacting a powerful Anti-SLAPP statutes that essentially provide defendants the opportunity of a pretrial motion to strike the complaint; allowing the judge to review the case in an early phase. If the defendant prevails, the defendant is awarded mandatory attorney fees and costs. In California these fees and costs typically range from $50,000-$100,000; however, awards have exceeded $500,000.

Quietly put into effect July 1, 2015, Florida has enacted a powerful Anti-SLAPP statute that in many ways mirrors California's Anti-SLAPP statutes.  At least two legal teams are presently evaluating Wolfgang Halbig's lawsuits to determine the appropriate course of action in light of the new laws. 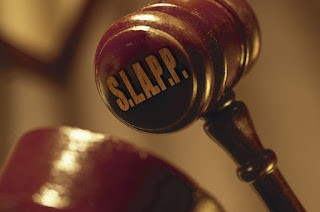 If you are being sued in one of Wolfgang's SLAPPs, seek legal advise immediately.
Florida passed a new law, just for you.
Presented by SandyHookFacts.com at 6:04 AM

Lumpy Failbig has no case. He cannot prove damage and he cannot prove his claims are correct. He better get ready to pony-up the legal fees of those he is suing.

why do i get the feeling that this fat sack of shit is being paid by some other 'organizations'? it's just a little hard to believe that this guy believes his own bullshit. and it's also hard to believe that he saw this tragedy and decided "gee - i can profit off this tragedy in the most horrendous way possible by dancing on the graves of the dead and ripping the hearts out of the survivors". why do i get the feeling that some PAC is behind this?