"What makes targeting these children especially horrific, is that some of the children were directly affected by the Sandy Hook massacre. Now they must not only live with the memory of the shooting, but they must live in fear knowing they are being stalked online by conspiracy theorists." 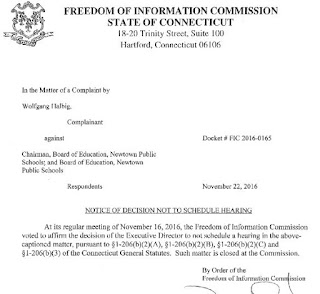 Wolfgang Halbig and Connecticut L. Kay Wilson have been desperate to obtain the identity of the little children who sang at the 2013 Super Bowl.

They have attempted to obtain the school records of the Sandy Hook Choir; the children who sang at the Super Bowl.

The wild-eyed duo have filed least four FOIA appeals  related to the identity of the school choir; not to mention countless FOIA requests through the Newtown School District itself.

Since most normal people can't really fathom what it's like to target the school records of another parent's child, this is a sample of Halbig going after "permission slips and names" of the young, innocent children. 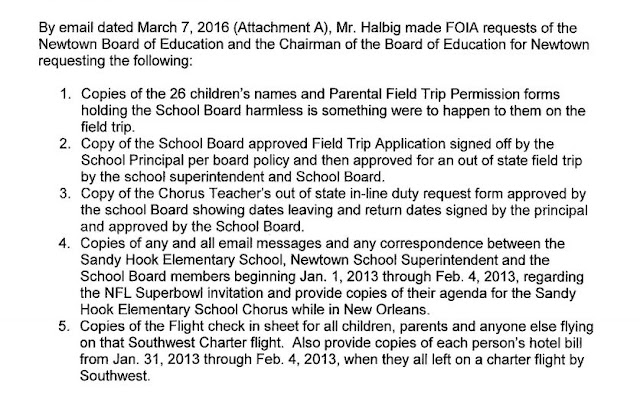 What makes targeting these children especially horrific, is that some of the children were directly affected by the Sandy Hook massacre. Now they must not only live with the memory of the shooting, but they must live in fear knowing they are being stalked online by conspiracy theorists.

Luckily for Newtown's children, school records are exempt from FOIA and Newtown's Town Attorney, Monte Frank has been vigilant in ensuring the safety of the children's identities from the hoaxer hoard.  He stops Halbig at every turn!

One can only imagine the videos Halbig's mentally ill followers would create if they got the children's identities; not to mention the terrorizing of the families that would occur.

(11) Names or addresses of students enrolled in any public school or college without the consent ...


As is well documented, hoaxers believe these children are the "actors" who "played" the deceased children. As a result, online gangs of hoaxers plot against and relentlessly these children and their families.  Recently, one of Wolfgang's followers was calling the work of one of the mothers of the children!

What makes the hoaxer so dangerous in comparison to other Conspiracy Theorists is their willingness to terrorize small children over their weird, radical, conspiratorial belief system.  Sandy Hook Hoax is one of the few cult like belief systems where targeting small children is the norm. 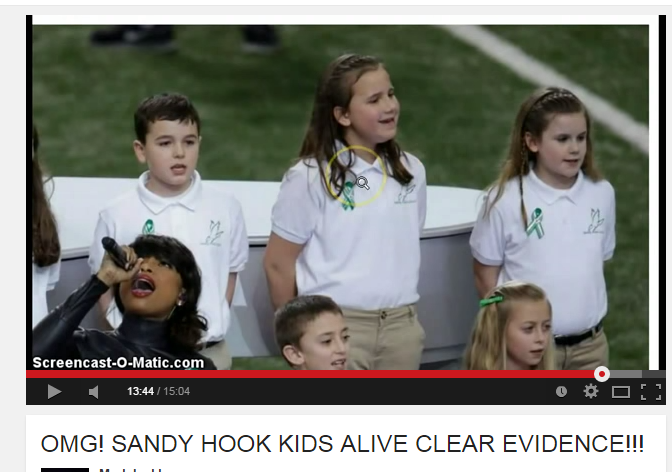 Wolfgang Halbig and Connecticut attorney L. Kay Wilson have led the charge to publicly "expose" the little children to the hoaxer community going so far as to disgracefully file the "Freedom of Information Act requests".

Recently the Freedom of Information Commission met to discuss whether to hear Wolfgang's disgraceful and unlawful requests.  While a ruling has not been formally published, a well placed source confirms the FOI Board decided Halbig was not even entitled to a hearing on such a ridiculous and mean spirited and unlawful requests.  Bravo!

Newtown's children were spared the indignity of the Halbig FOIA circus.


Presented by SandyHookFacts.com at 8:44 PM

Victory for the children of Newtown.