Hoaxer Bryce Cuellar placed on probation for his terroristic threats

In yet another example of the danger and violence exuded by Sandy Hook hoaxer conspiracy theorist, Popular Youtuber  Bryce Cuellar aka "fisherofmen" has been sentenced to probation.  Bryce is also a follower of the Bundy Clan and Gavin Seim; making him that much more dangerous as that means it is doubtful he will comply his his terms of probation; especially the fact Cuellar can no longer  possess weapons of any kind.

Bryce's 18-48 months prison sentence was suspended and he was placed on probation under the following special terms:

1) Complete a substance abuse evaluation and any recommend case plan.
2) Undergo a mental health evaluation by a licensed professional and complete any recommend case plan.
3) No alcohol whatsoever.
4) Abide by any curfew imposed by probation officer.
5) Defendant shall be permitted to continue his You Tube channel and blog but his speech will be subject to scrutiny by P&P.
6) Defendant must avoid making any threats to harm immigrants, gays, lesbians or anybody else.
7) Do not possess or display any weapons.

Thankfully, he is no longer allowed to posses weapons. Lets hope Clark County Sheriff inspects his home often to ensure compliance and the safety ofothers.  Bryce was well known for drunken rants threatening to kill people in the LGBT community as well as many others.

I also note with interest that he has his windows blacked out; reminiscent of the Sandy Hook shooter. 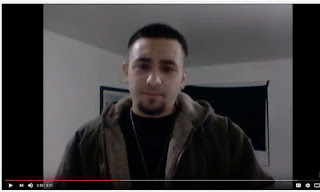 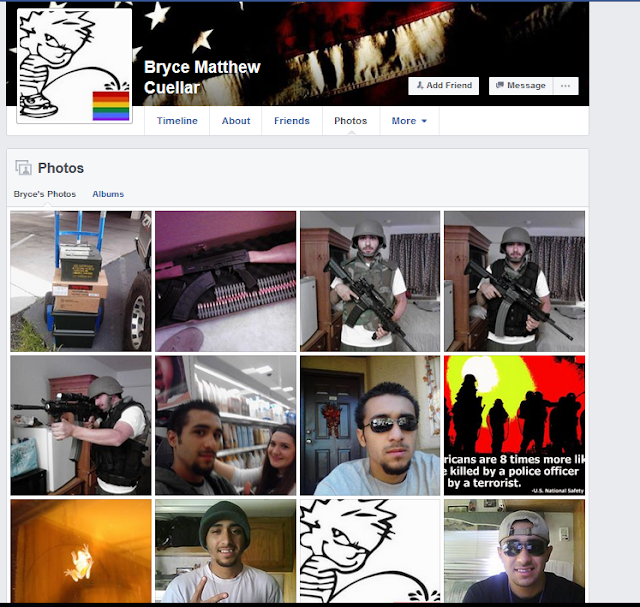 Presented by SandyHookFacts.com at 8:55 PM

He has been charged with stealing $65,000 from his fake wife's immigrant father..He threw her under the bus and still has the money. He's been saying the CIA, FBI, Interpol, Obama and the SS follow him around Vegas at night in helicopters. LOL Got some new info on him on a FB page showing he still has the money,and is still a lying con. The kid never owned a car, had a job or even a place to live. He only tells loners and losers what to do and wants a pretend army he can control. He's been telling people he has a ministry and a militia..all lies. We know him and he's a punk, needs to be shut down.