I have finally had the pleasure of seeing the documentary "Patrolling Sandy Hook", a film by Notre Dame film students Caroline Clark and Kelly Quinn.  The film is currently making it's rounds through film festivals and will be released to the public by December. 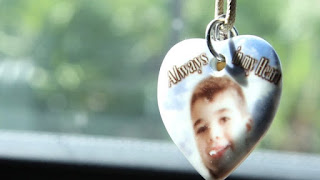 The film takes a fresh approach to the aftermath of the shooting, shedding a little light on the dark world of Sandy Hook hoaxers led by Wolfgang Halbig.  I don't know of any other documentary that has taken this angle.

The film begins with Sandy Hook conspiracy theorist frontman Wolfgang Halbig fawning over a $200 donation he slick talked his way into and then alternates from Halbig to various collateral victims of the shooting (and of hoaxers)  including Lenny Pozner, Kaitlin Roig, and Monsignor Robert Weiss.


Characteristic of Halbig, he is disgusting throughout the video.  For example, Wolfgang again renews his calls to exhume the bodies of the children.

There is a very short list of things more predatory than seeking to maliciously exhume someone elses child from their grave.

Lenny Pozner points out that when Lenny reached out to Halbig, Halbig refused to meet with him unless he "exhumed Noah's body".

Halbig takes the documentarians into his home, and not surprisingly, the best evidence Halbig could muster to "prove hoax" was a photo of the school parking lot with the school's yellow "handicap" parking spots ("they should be blue", Halbig declares) and this photo of Kaitlin Roig (blurred but recognizable in the film): 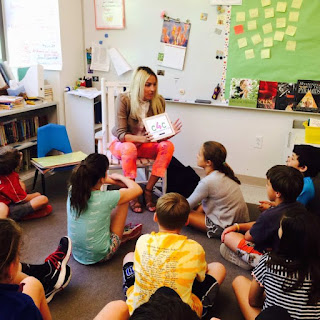 The photo depicts Kaitlin Roig talking to students in May, 2015 about her new  program: "C4C" - https://classes4classes.org.  The film makers state they think the children in the photo "look like fourth graders."  Halbig beams and proudly declares "Case closed, she only taught first graders".

I think Halbig's rank dishonesty will escape most new viewers of hoaxers because they might chalk such ridiculousness up to stupidity or insanity and not realize that this type of deception by Halbig is intentional and part and parcel to the means hoaxers use to push their agenda.

Halbig is a pro at this and knows or should know the photo doesn't purport to depict Kaitlin teaching at Sandy Hook School.  Halbig also knows a small percentage of people will buy his BS, yell "ah ha!" and send him checks for $200.

Skimming off the top
Speaking of donations, Sandy Hook Facts can now reveal that Halbig's statement in "Patrolling Sandy Hook" was the basis of the information used in my blog post "Report: Wolfgang Halbig raked in over $85,000" published  here:
http://sandyhookanalysis.blogspot.com/2015/12/report-wolfgang-halbig-raked-over-85000.html.  The amount had included a $1,000 fundraiser Halbig was hosting at the time.

In Patrolling Sandy Hook, Halbig states (paraphrased) "We have generated about $84,000 to pay for attorneys and subpoenas and bribes."

Halbig quickly corrects himself and says "not bribes", but to "pay for the scripts".

Pay for the bribes and scripts? I suppose we are to believe that Wolfgang Halbig paid bribes for the "scripts" or  'transcripts' that are freely available pdf's from the final report.

Did the filmmakers realize Halbig is calling the Newtown Police radio transcripts the "scripts"?

I have a feeling this money made it's way elsewhere, since Halbig is not stupid enough to pay for freely downloadable government issue pdf files.

I'm not sure the film makers really knew just how dishonest Halbig was being with them.  Or perhaps the  film makers leave that as the answer to the question posed by Halbig when he pondered his inability to get a "big name sponsor" like the NRA or Remington; left for the viewer to decide.


Lenny, Kaitlin, and Monsignor Weiss
The film alternates between filth spewed by Halbig and amazing  commentary by Lenny Pozner, father of shooting victim Noah Pozner, Kaitlin Roig, a teacher who survived the shooting by hiding with her students in a small restroom, and Monsignor Weiss, who presided over several funerals in the wake of the shooting.  The emotions and commentary by Lenny, Kaitlin, and the monsignor are remarkable.

Monsignor Weiss points out that it is absurd to accuse an entire community of conspiring together to pretend such a horrific event happened and Lenny points that "30 years ago, people who had these types of thoughts (hoaxers) did not have a place to come together."   Lenny also briefly discusses the harassment and gangstalking of Sandy Hook families by the hoaxers.


From the perspective of a Sandy Hook Researcher, the film is must-see and I look forward to the public release.  I applaud Caroline Clark and Kelly Quinn on their entirely new approach to an unfortunate aspect of the aftermath of the Sandy Hook shooting.

Presented by SandyHookFacts.com at 5:18 AM