Pete Santilli, who once promised an armed march on Newtown, Conntecticut if they violated "Wolfgang's Halbig's rights" in "any way"  has been arrested in Newtown, Ohio on weapons charges.

Cincinnati.com announced the arrest and also stated that Pete Santilli is not on the Terrorist Watch List.

Police report that Santilli was charged with illegal carrying of a concealed weapon. 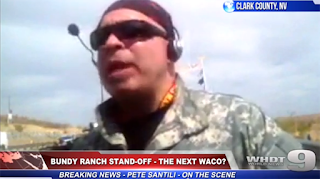 **UPDATE**
Video Report as part of Bundy Stand off

Presented by SandyHookFacts.com at 7:56 AM