"Obviously, the lawsuit is bogus and littered with nonsense.   Cases such as this are why SandyHookFacts.com supports nationwide the SLAPP protections, such as those offered in SandyHookFacts jurisdiction, California."  - Sandy Hook Facts on November 11, 2016

Jonathan Reich filed a frivolous lawsuit versus Patch.com claiming Defamation and violation of New York Civil Rights statute.  Reich filed the lawsuit despite the obvious fact that the statute of limitations had tolled and the fact the civil rights statute did not apply to the facts of his case.  The lawsuit was an obvious hoax.

Hoaxer shills immediately began fundraising off of the lawsuit claiming that the lawsuit was going to "expose Sandy Hook".  I covered that in this video:
https://www.youtube.com/watch?v=dp7fZnyOmAs

Sandy Hook Facts exposed the fact that the lawsuit was bogus in a couple of articles, including here:
http://sandyhookanalysis.blogspot.com/2016/11/jonathan-reich-vs-patchcom-lawsuit.html

Yesterday, the New York Supreme Court posted the decision online. That Jonathan Reich case has been dismissed.  The judge found the case to be time barred and Reich's arguments to be "without merit".  The case also violated Patch.com's Free Speech.

Unfortunately, Patch.com was not awarded attorney fees. This is a major failure of states that do not have solid Anti-SLAPP statutes, such as New York. Why should Patch.com bear the cost of fighting off a frivolous hoaxer lawsuit?

Nonetheless, the courts have dismissed Reich's lawsuit.  Whether that ends the lawsuit or Reich will continue to push his frivolous claims remains to be seen.

Reich is currently in Riker's Island Prison fighting extradition. Reich has chosen to sit in prison for 90 days to attempt to avoid extradition rather than simply go to Connecticut and face his accusers.

The Sandy Hook Justice crew, led by Wolfgang Halbig have long promised to use their donations to expose Sandy Hook with the Jonathan Reich criminal  and civil case. So far, the only thing that they have succeeded in doing is getting Reich committed to Prison and Reich's civil case dismissed. 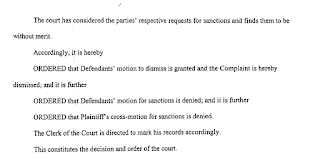 For the full text of the order, continue.

Full text of the order: 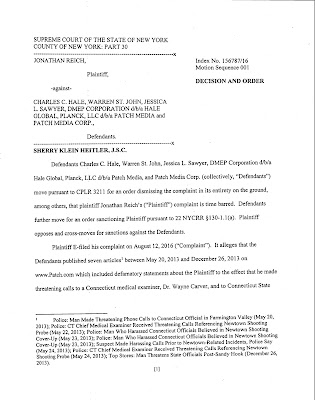 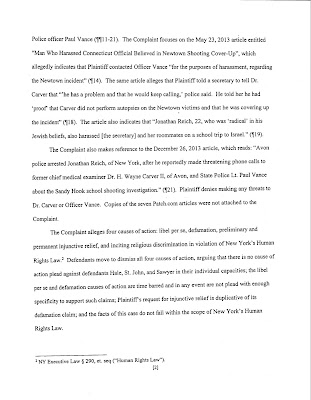 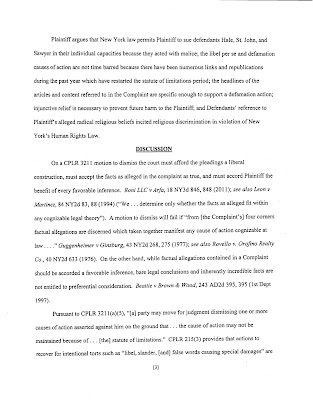 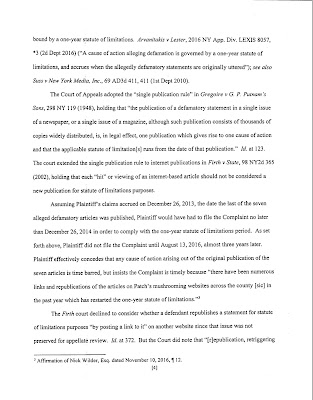 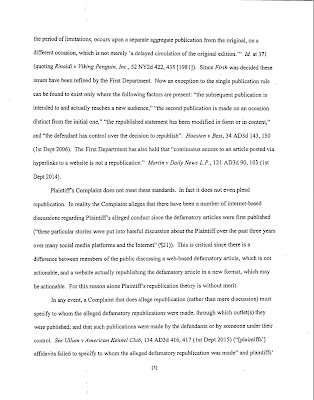 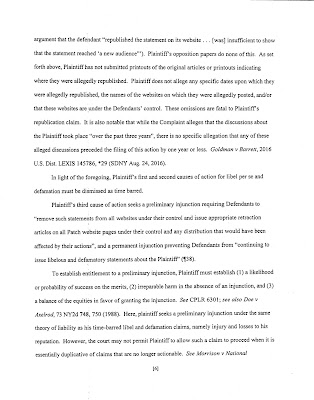 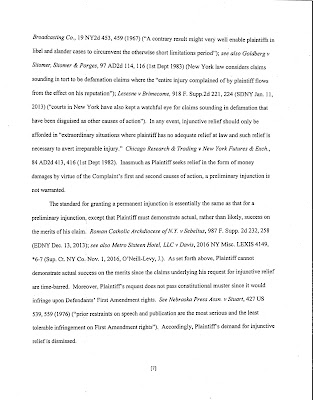 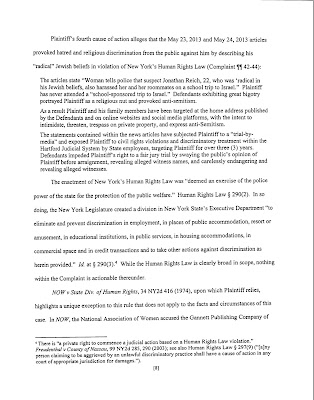 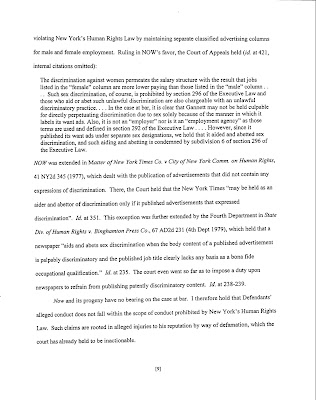 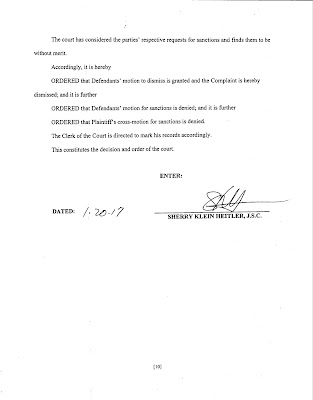