Sandy Hook hoaxers have already declared the terrorist attacks in Nice, France a hoax.  84 people died according to the latest count here:

Sadly, the photos of the bloodied victims have been declared fake and the people declared "dummies".   Were the massacre in the USA, you could count on hoaxers harassing the victims.

As I pointed out in a previous post, Sandy Hook hoaxers are quickest to declare something a hoax if it aids Islamic terrorism or it helps covers up a Islamic terrorist attack.  The latest terrorist attack in Nice, France is no exception and actually proves my point; and the Sandy Hook hoaxers got to work immediately and numerous videos of pseudo analysis have been published.

One of the claims made by a particularly vile hoaxer (and victim predator) Peekay,  is that the video of the truck shows no damage. The video can be seen here: 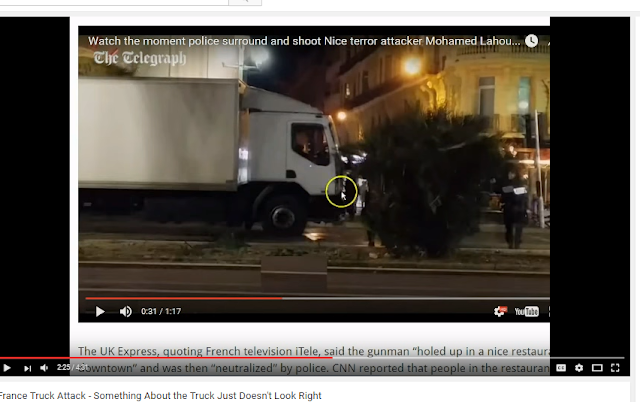 The fact is Sandy Hook hoaxers use intentional deception to cover for ISIS terrorist to push their pro-terrorism agenda.

These are screen shots showing the hoaxer examining the wrong side of the truck. 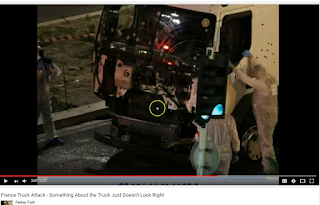 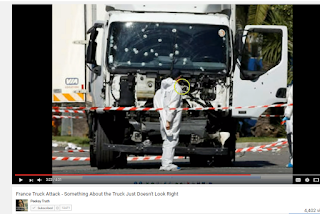 What type of truck is it?
I have not seen the make and model of the truck officially released yet and I only found one article attempt identifying the truck and that article gets it wrong. The article incorrectly identifies the truck at a Renault Midlum 220.12.
http://www.carnewsm.com/renault-truck-used-in-france-terror-attack/ 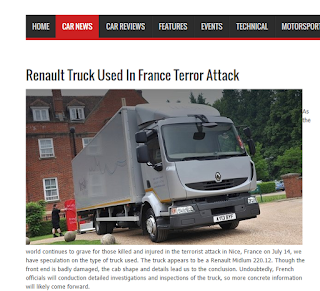 This is a large photo of the truck used (click to get full side). 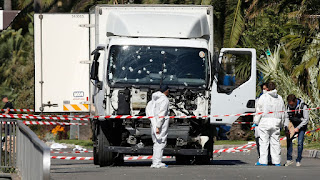 The door lists the make as a "270" making identification easy. Even a hoaxer could have figured it out if they weren't so busy pushing their ISIS supporting agenda.    The truck used in the Nice, France terrorist attack was a Renault Midlum 270 DCI.

You can see examples of what this truck looks like from all views from this webpage:
https://www.milanuncios.com/camiones-usados/renault-midlum-270-dci-isotermo-rampa-192985324.htm   Archive link:   https://archive.is/42W9o 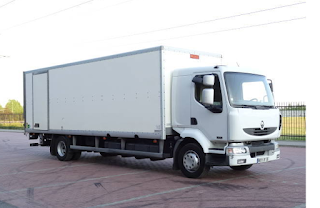 Compared to Hoaxer claims that the truck in the video is undamaged: 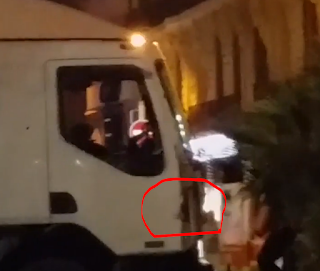 The truck is clearly missing the front panels and has sustained heavy front end damage: 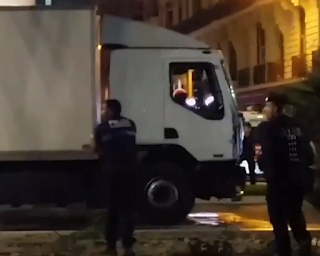 A puddle forming under the truck as fluids leak from the truck. 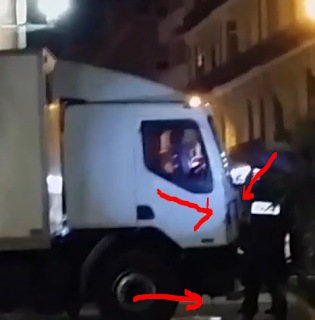 Notice the wires hanging from the bottom of the truck and exposed on the right front panel of the truck. 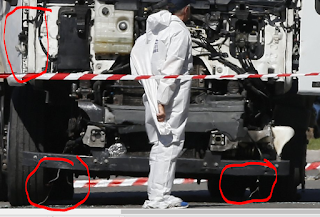 Here is a video featuring a Renault 270 DCI for research purposes:
https://www.youtube.com/watch?v=UJXqP9KzTi8

Google short link to this article:

Presented by SandyHookFacts.com at 6:41 PM

Peeky is both stupid and dishonest. He has achieved some level of authority among the morons and now is more concerned with maintaining his elevated status rather than actually learning the truth...of any event. Like most of the psuedo-hoaxtard authorities, he has done NO real research...he just give a cursory look at a video and then claims to know what is happening.