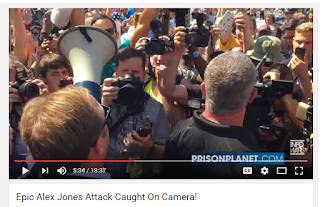 Alex Jones, surrounded by his professional security detail, grabbed his bullhorn and "bravely" entered the middle of a bunch of disgusting commie protesters and started instigating them, calling them names, and generally being an ass (not that they didn't deserve that on some level). 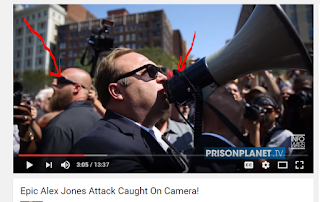 When you act in such a manner, surrounded by menacing thug body guards, the results are foreseeable.  Predictably, AJ's action sets the protesters off.


When one of the commie chanters reaches through the tight security ring and slightly nudges Alex, Alex launches into the man, full shoulder and then begins flailing about. 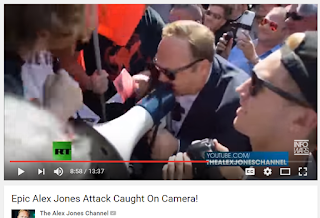 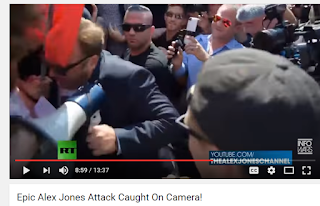 In response, another protester grabs Alex. Alex's security detail pulls the protestor away. 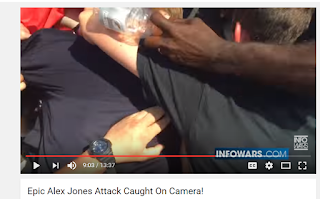 Luckily, the Police Chief and a Police Captain just happened to be on hand to rescue Alex Jones from the crowd of commies. 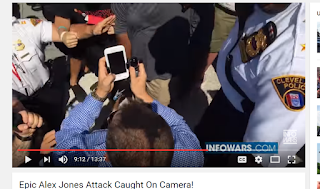 .
Another officer grabs Alex Jones by the hand and runs with him,  Security Detail and full police team in tow. 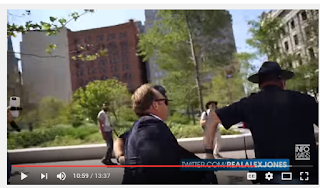 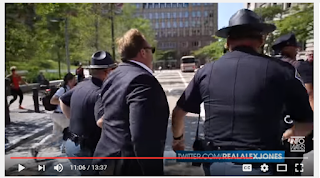 I'm pretty sure I saw a tear running down Alex's face more than once. 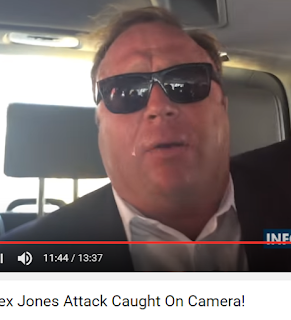 Alex Jones is whisked off to the safety of his dark SUV as the crowd chants his website address. 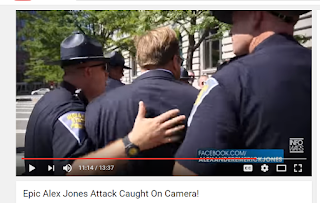 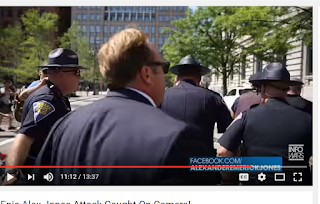 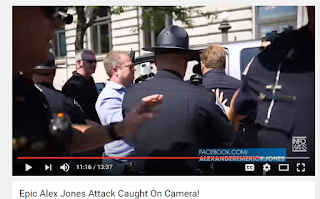 I wouldn't have believed it if I had not seen it with my own eyes. 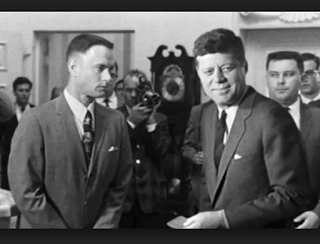 Presented by SandyHookFacts.com at 5:26 AM