"The Pulse was a gay men's club... one thing I know is when you go in there; when you see men, gay club, you learn very quickly who the dominate male is and who the passive is.  I cannot believe that in that club of gay men, that they didn't attack this shooter.  They sat back passively. They coulda' thrown water bottles at him..."     - Wolfgang Halbig displays his level of expertise on "Joyce Riley Power Hour - Orlando and Sandy Hook False Flag Hoax" by giving his reason he questions whether the Orlando Shooting was a "hoax".

Readers know that Conlin is the legal sword employed to chill the free speech of blogs that speak out against her gun-truther, conspiracy theorist leader client Wolfgang Halbig. 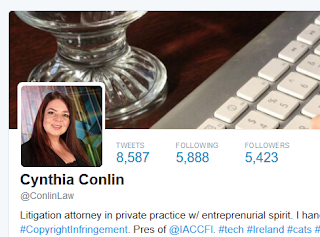 Conlin's request was given serious consideration
Sandy Hook Facts has, in the past, removed blogs by request and SHF seriously considered Conlin's request.  Cynthia Conlin's most persuasive argument for blog post removal was not her laughable attempt at coercing removal by claiming the blog post is "harassment" (it obviously is not harassing her);  it was Conlin's request for removal based on the fact she was personally affected by the Orlando Pulse Nightclub tragedy.
. 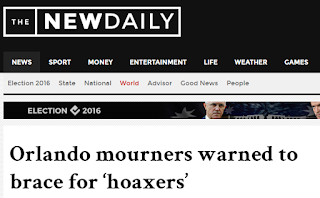 Conlin states she lives two miles from the club, personally knows friends of friends who were murdered, frequented the club, and even had attended the club's grand opening!

That's right.  Let that sink in.  Wolfgang raises money  claiming Sandy Hook was a hoax.  He is now raising money off of similar Orlando claims.

Meanwhile, his very own attorney claims to have been personally affected by the recent shooting.

Nonetheless, Sandy Hook Facts stands with Orlando; that empathy would extend even to Conlin, despite her hoaxer affiliations and deeds done on their behalf.


As Cynthia Conlin's request was being considered, her client made the decision easy when he began "Orlando Hoax" fundraising.

Orlando victims are still in the hospital and are already under relentless attack from hoaxers.

Wolfgang goes for the dollar

With Orlando Shooting "hoax/false flag" as his backdrop, Halbig began shilling for donations with an appearance on the highly popular "Joyce Riley Power Hour". 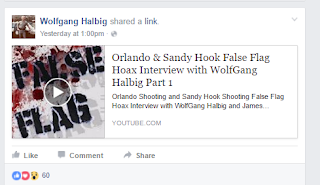 Wolfgang's appearance also featured James Fetzer.  Fetzer and Halbig co-authored "Nobody died at Sandy Hook". and have worked together extensively. Fetzer is, of course, a raging racist and dishonest disinformation shill. 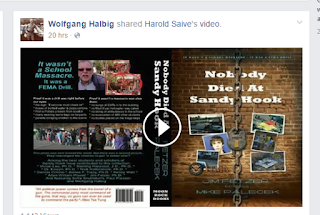 How will Ms. Conlin feel when Wolfgang and Fetzer fill a book full of Orlando victim's photos, call it "Nobody died at Orlando Pulse" and offer it for sale?  You can bet that that book is coming, if they can make a buck out of it.

How can Ms. Conlin accept Halbig's Orlando and Sandy Hook blood "hoax" money, then expect a courtesy blog removal in return? That is not how this blog operates.

Let's take a look at what some of Wolfgang's followers are doing.

Robin Weigel, of Los Angeles (aka HowISeetheWorld and HowIseeSandyHook) is impersonating kindly Sandy Hook resident Gene Rosen and calling and harassing the hospital and shooting victims with irrational nonsense. 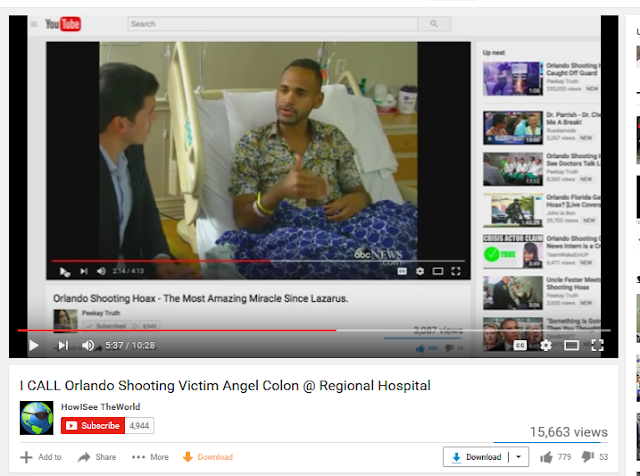 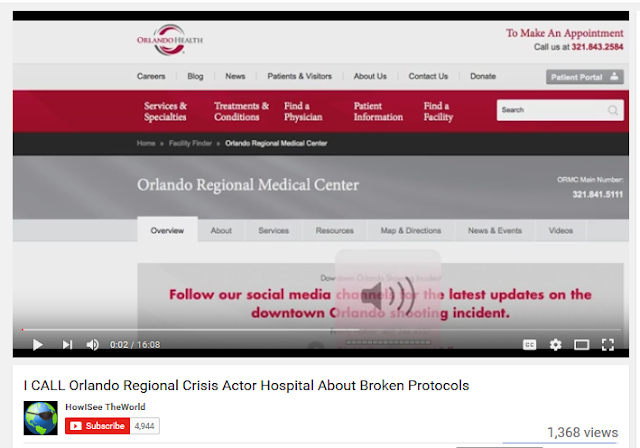 Wolfgang follower MattyD, a vile racist, anti-semitic "auto hoaxer" (MattyD claims everything is a hoax or scheme perpetrated by Jews), posted a video mocking an Orlando shooting victim's open casket funeral.  If this doesn't disgust Orlando residents like Conlin, nothing will. 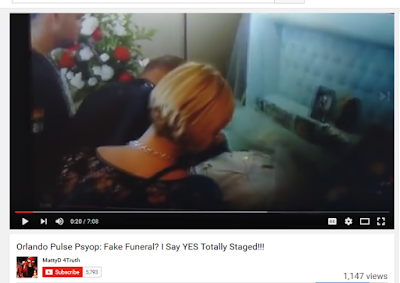 This is a sample of the hoaxer actions Conlin defended by representing Halbig.

From his hospital bed, Angel Colon has responded to the Sandy Hook hoaxers: 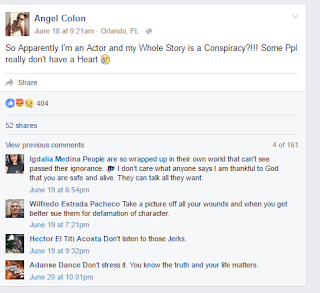 He also posted a link to this touching article:
http://mobile.nytimes.com/2016/06/24/us/i-thought-they-were-playing-dead-officers-are-haunted-by-scene-at-orlando-club.html


Conflict of Interest
Conlin has offered to represent Orlando victims, pro bono, in defamation cases.  The only problem is, the person I see defaming Angel Colon and the other Orlando victims is  Halbig and the Sandy Hook hoaxers. 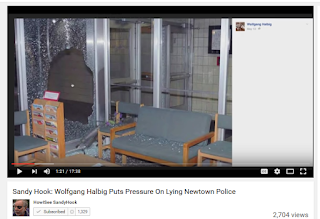 And therein lies the potential conflict. Conlin aligns with hoaxers; indeed, the leader of the hoaxer movement, Wolfgang Halbig.  Can she also ethically represent defamed Orlando victims when her client is one of those instigating the defamation?

Sandy Hook Facts would certainly be impressed to the point of  reexamining Conlin's sincerity and the possibility of a courtesy blog removal, if Ms. Conlin actually stood up for real victims, instead of standing up for vile hoaxers.  Can she do that?  Can Ms. Conlin be on the side of decency when her city needs her?  We shall see. 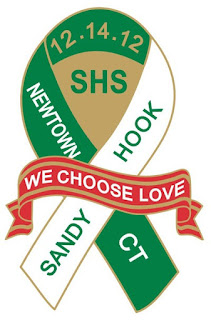 Robin Weigel impersonates a friend of Angel Colon and calls Angel at the hospital and then launches into a psycho-tirade
https://www.youtube.com/watch?v=FATxueGJclQ 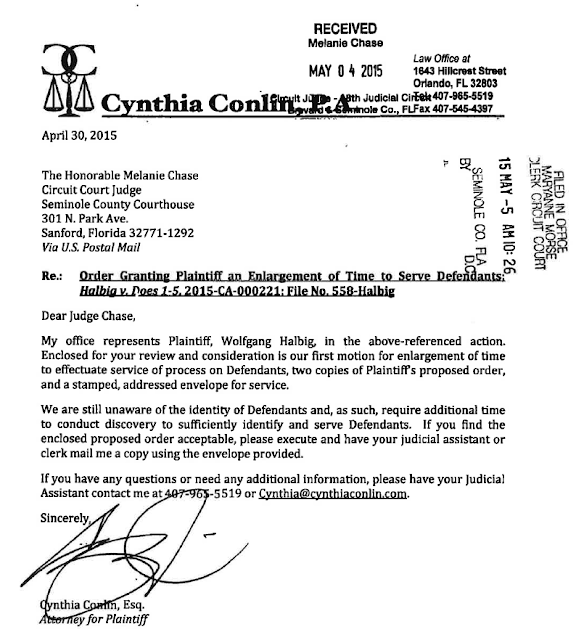 Presented by SandyHookFacts.com at 8:51 PM

I sure if Mr. Halbig runs into a mass shooting, he is going single handle disarm the shooter with his bare hands.

These people are very crazy. I am surprised that law enforcement is not doing more about them or that YouTube allows them to openingly encourage harassment.
That video where he calls the hospital is insane!

This article is spot on, except for the minor detail fact that Adam Lanza was 20 at the time, not 19. Aside from that, spot on.

where does it say Animal was 19?