Hot on the heels of Wolfgang Halbig's recent FOI Hearing, another lawsuit has been filed by Sandy Hook hoaxers.

Wolfang Halbig, James Fetzer, and William Shanley, the three main hoaxer leaders, were featured on a recent Caravan to Midnight episode espousing their paranoid and conspiratorial viewpoints; demonstrative of their unity of purpose.

This is the third such lawsuit filed by the hoaxers.  The first two hoaxer lawsuits were summarily dismissed by a Federal Judge as frivilous, without hearing or fanfare. The latest hoaxer lawsuit will doubtless meet the same fate. The lawsuit lists Shanley's residence as "Holiday Inn Suite 513".
More information can be found here: http://sandyhookanalysis.blogspot.com/2014/12/william-shanleys-trillion-dollar-lawsuit.html

This lawsuit claims the other two lawsuits are still pending.  This could indicate a delusional state of mind. Since the cases show as closed and dismissed in Federal Court records.

This most recent lawsuit is more of a rambling hodge-podge of conspiratorial diatribe than a legal pleading and  sues Gordon H. Smith, President and CEO of National Association of Broadcasters and Michael Powell, President of National Cable Telecommunications Commissions,several college deans, along with many others, including Nikki Kahn, White House News photographer.


Is Wolfgang Halbig Attorney Kay Wilson advising on lawsuit?
The basis of the lawsuit alleges several of the same claims as made by Wolfgang Halbig during his interviews, including that the tragic school shooting was a "FEMA National Level Exercise"; here the lawsuit claims the "FEMA exercise" was done to "brain wash the public".


The lawsuit goes on to make offers of proof that include utilizing the exact same tactic wielded by
Halbig's Attorney Kay Wilson during the 4/24/15 Freedom of Information Hearing;
the lawsuit offers "hoax evidence" in the form of news articles
.
For example, the lawsuit cites web-searched material such as Time.com and James Fetzer and Wolfgang Halbig web articles. The lawsuit also states parts were prepared in conjunction with [Sandy Hook Hoax leader] Tony Mead"; Wolfgang Halbig's chief mouth piece.

The lawsuit further offers Hoax group fabricated evidence such as the fake "FEMA Site Activation Plan"; this document was completely fabricated by Hoax group.  One cannot help but be reminded that during Halbig's FOI hearing, Newtown Attorney Monte Frank SUCCESSFULLY objected to several exhibits offered by Halbig's Attorney Kay Wilson because the exhibits where not authentic. These were likely more hoax group creations as is cited in the lawsuit.

Halbig inspired claims concerning "Obsidian Analytics" are cited in the lawsuit, as well.

Since the lawsuit makes many of the same claims as made by Halbig and the same types of "evidence" is offered ; moreover, the same partners are named; one can reasonably conclude there is perhaps at least some advising on the part of Halbig and/or his attorney Kay Wilson.   Shanley's lawsuit certainly bears all of attorney Kay's legal fingerprints, preparation, and evidentiary style.

Doubtless the top hoaxer minds are involved in this lawsuit as it appears to be a "brand name" hoaxer lawsuit listing a who's who in the hoaxer community.

Shanley complains of his imprisonment
In addition to the Sandy Hook Hoax claims, Shanley decided to mix in his recent felonious imprisonment and psychological evaluation claiming that he was involved in a scene "reminiscent of Jason Bourne's MKULTRA assassin training"; where he was beaten and drugged.  The lawsuit also discusses visits by the U.S. Secret Service. The lawsuit further claims scenes suggestive of "Kristallnach".

It is not clear how much Halbig Attorney Kay Wilson would receive, if she did in fact help prepare Shanley's "evidence". 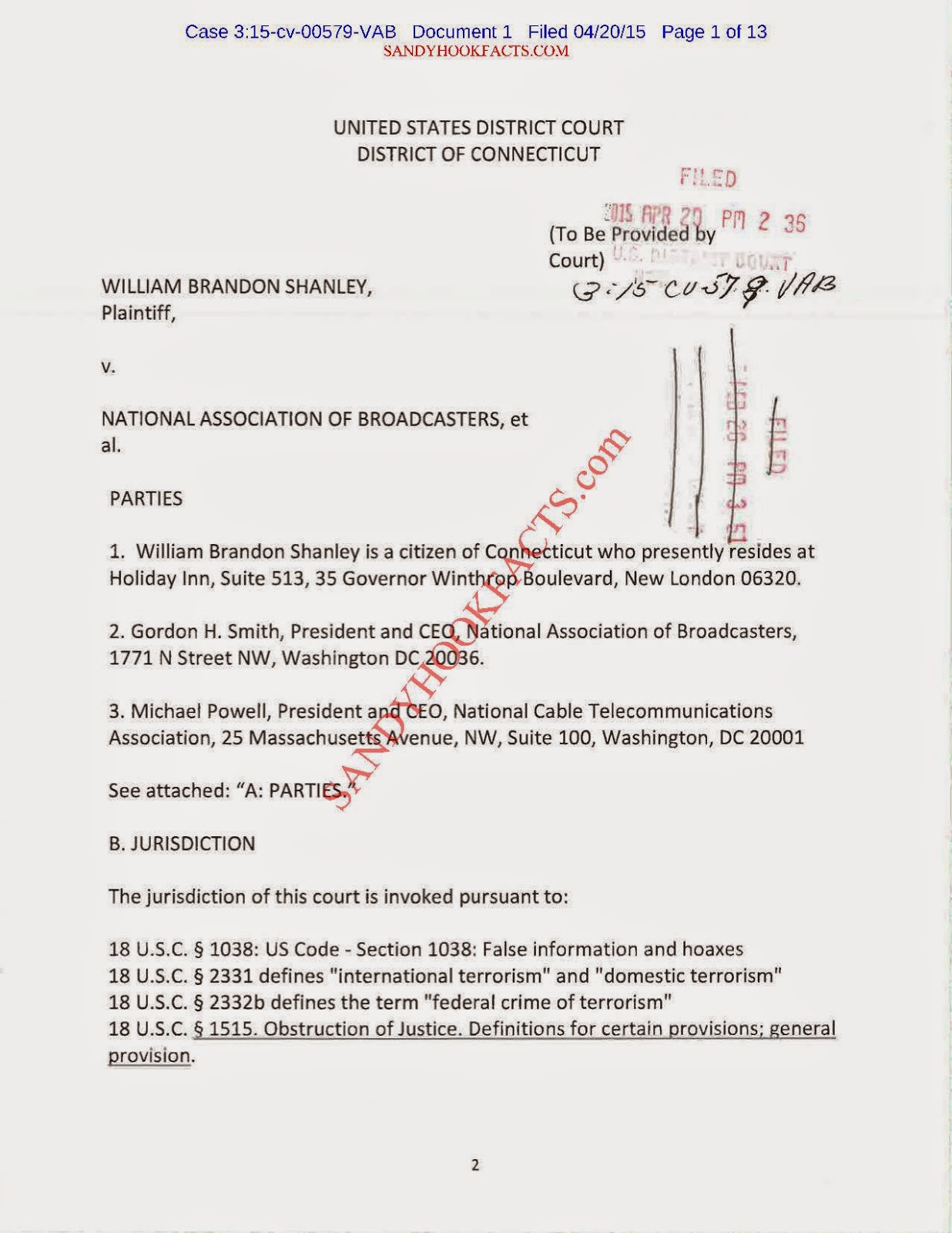 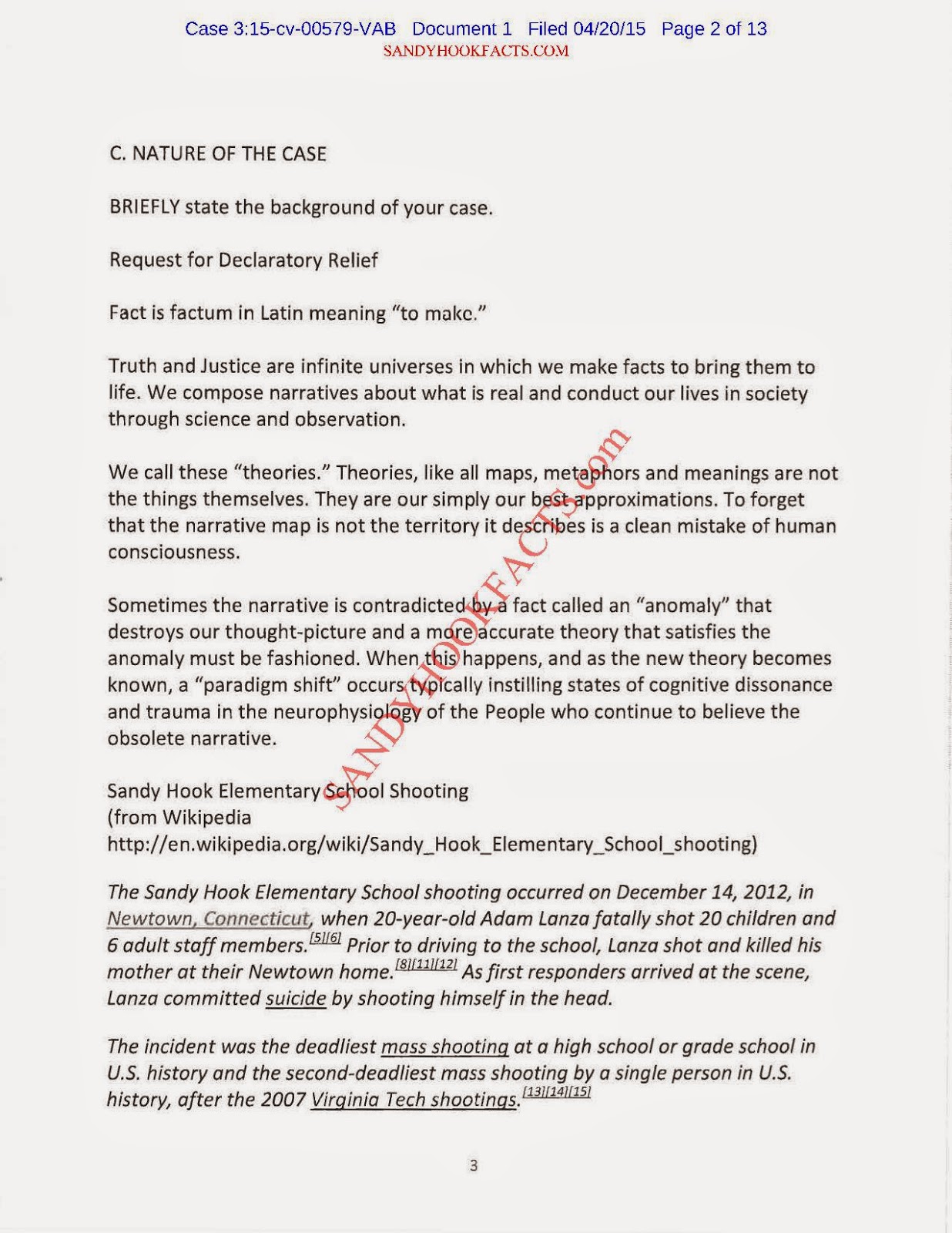 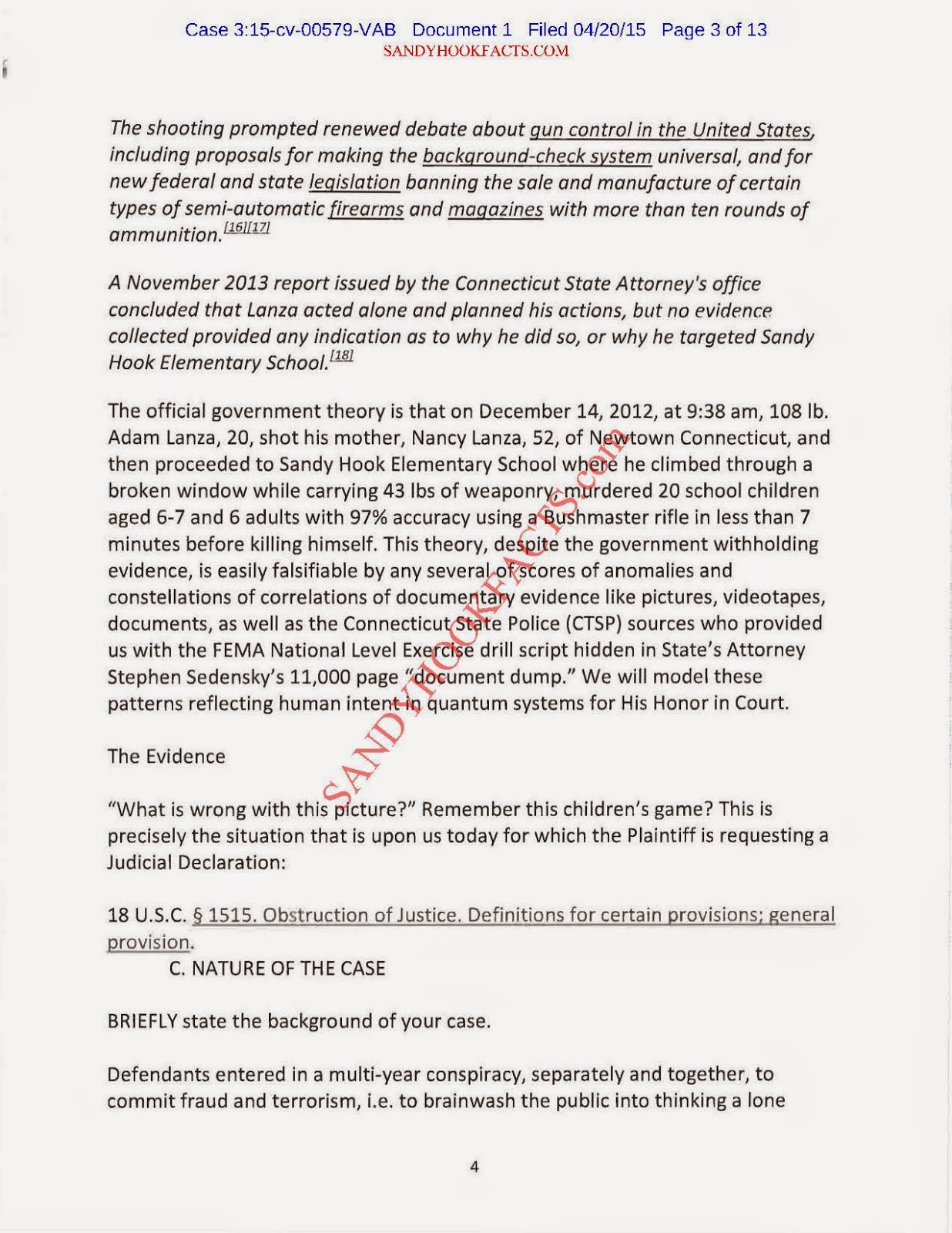 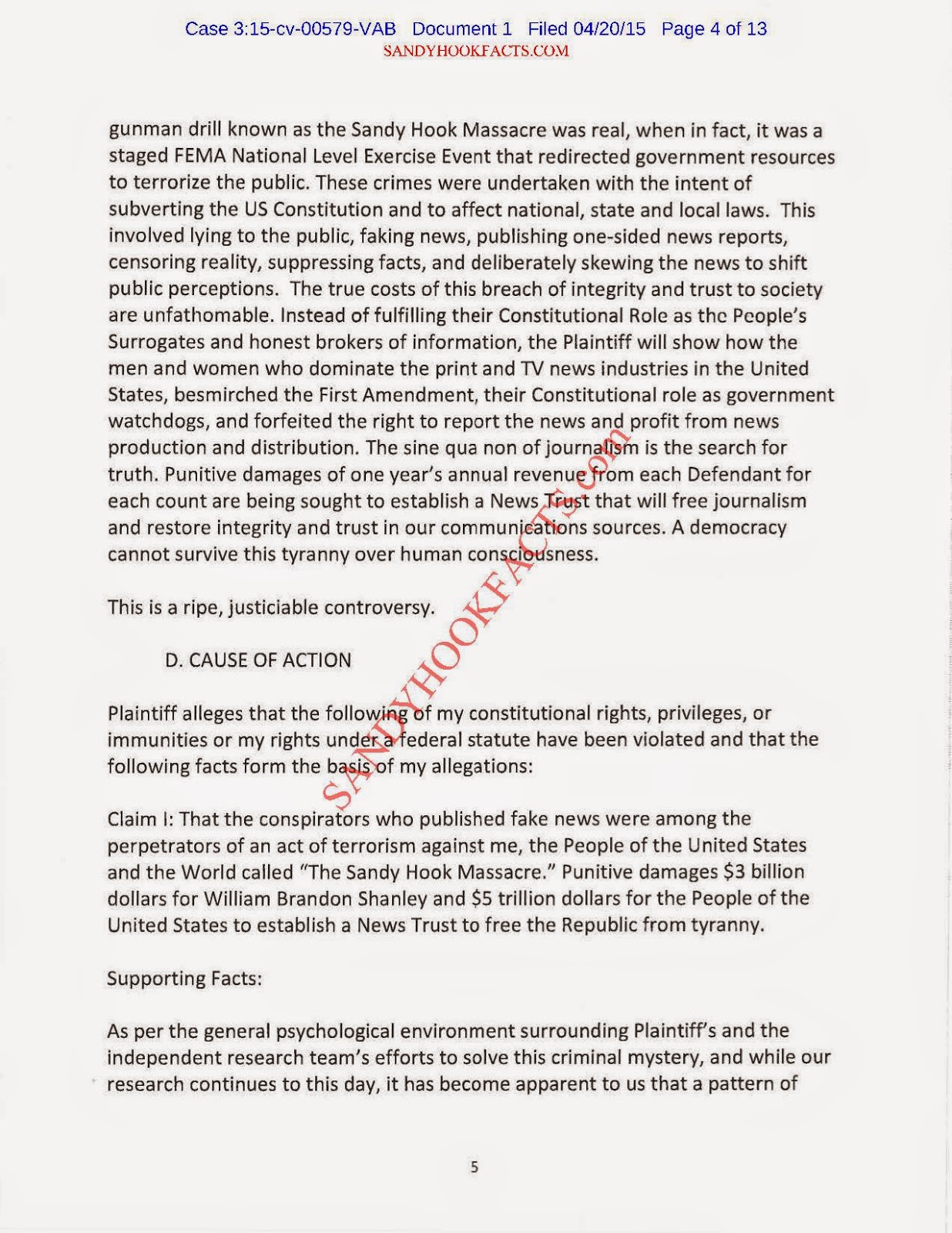 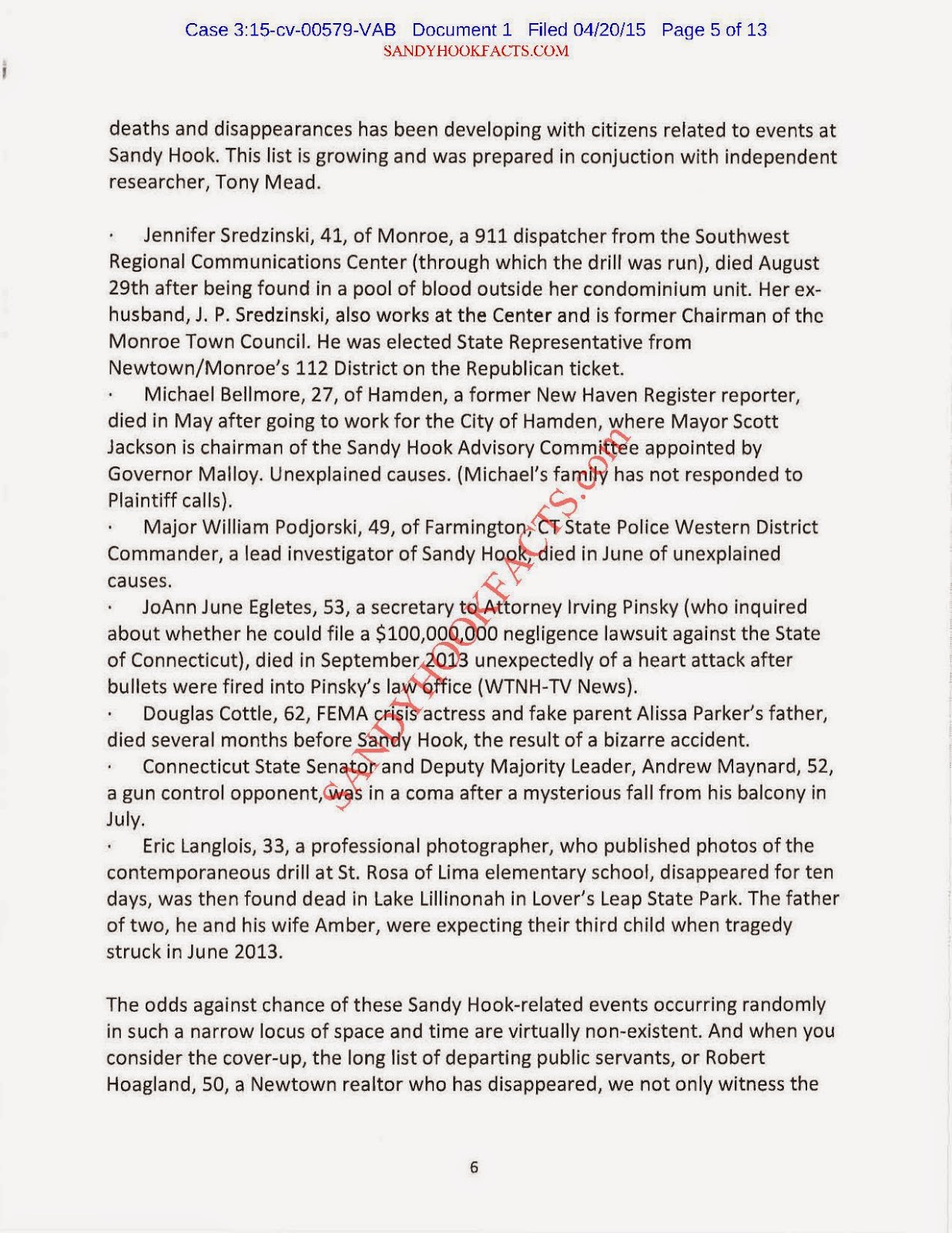 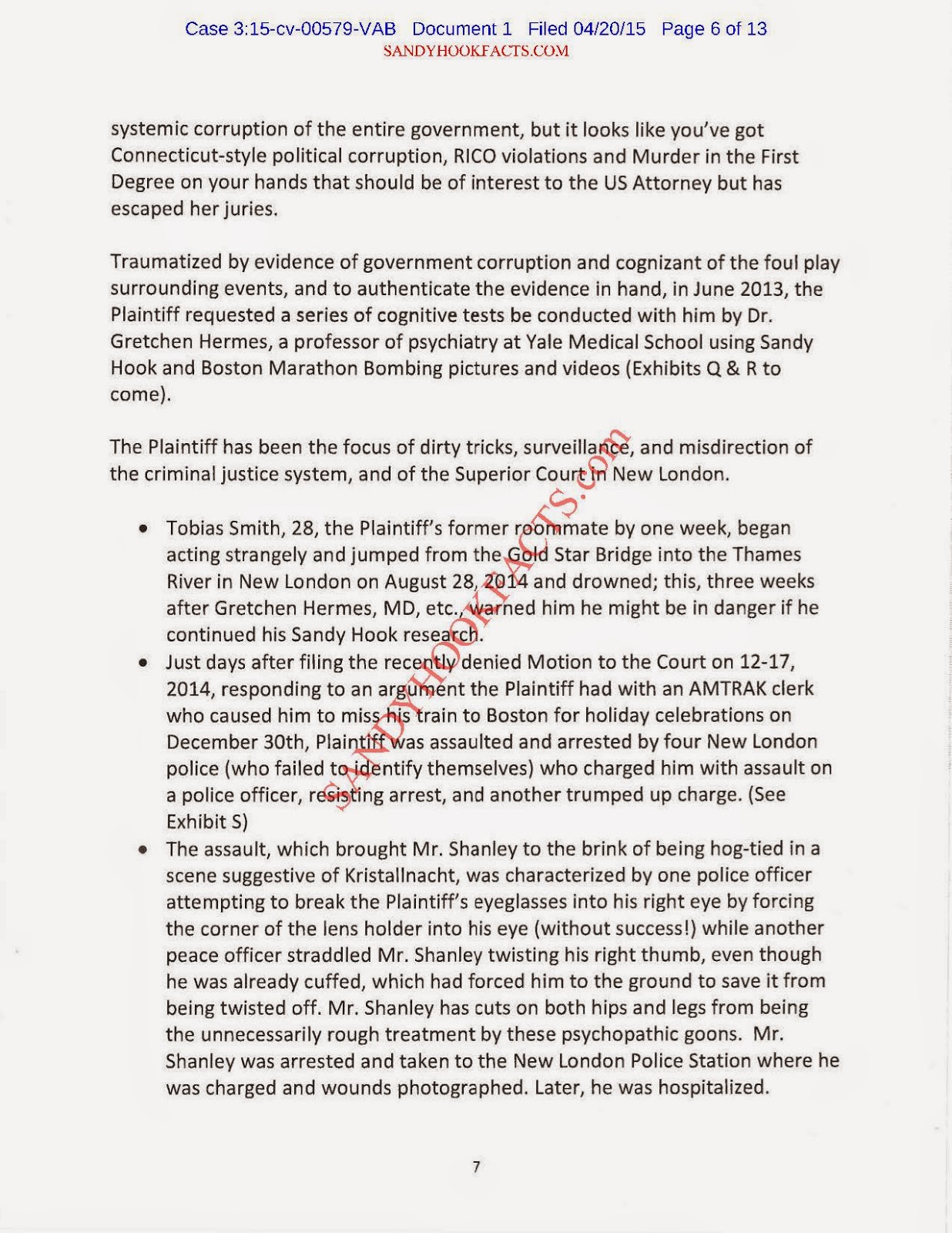 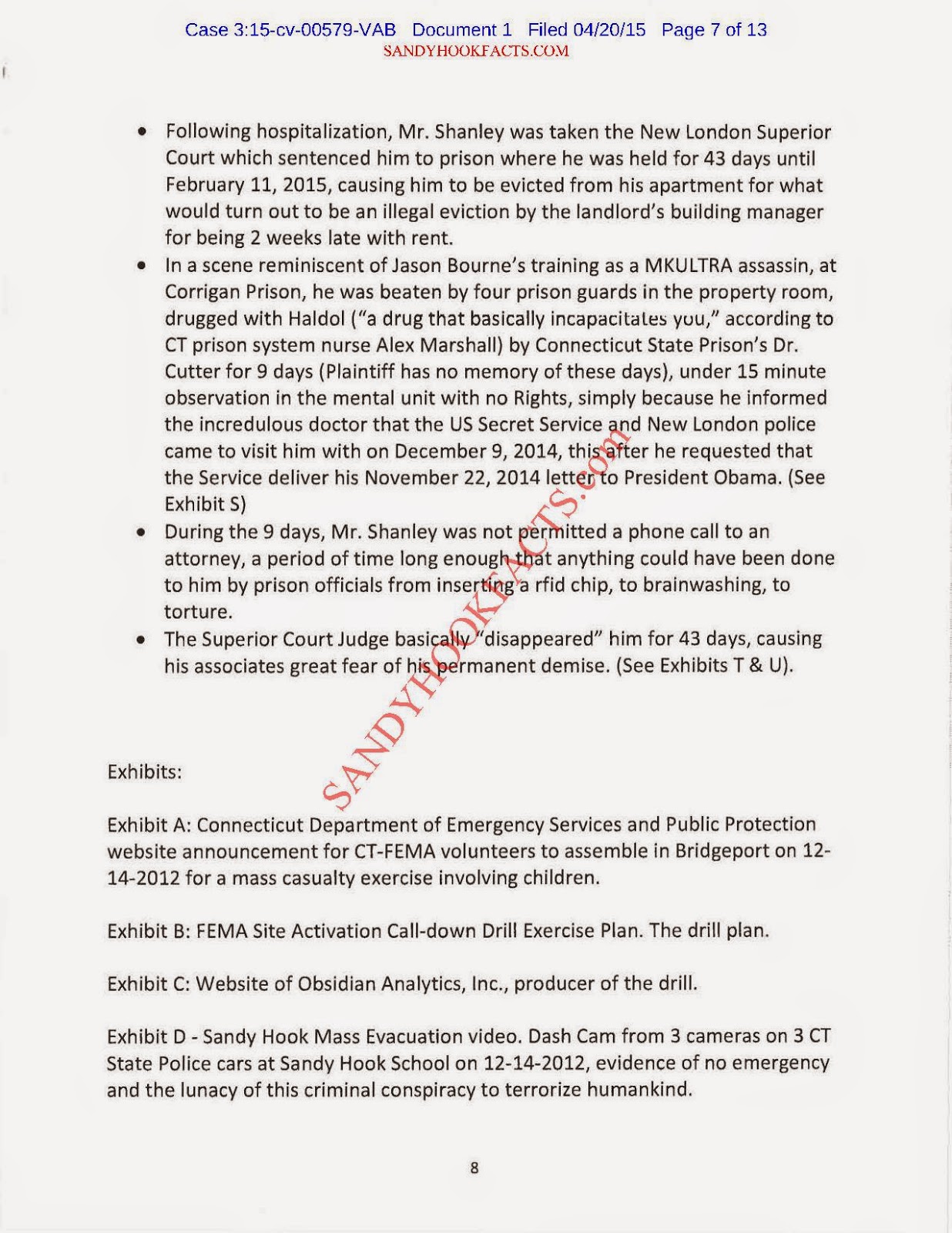 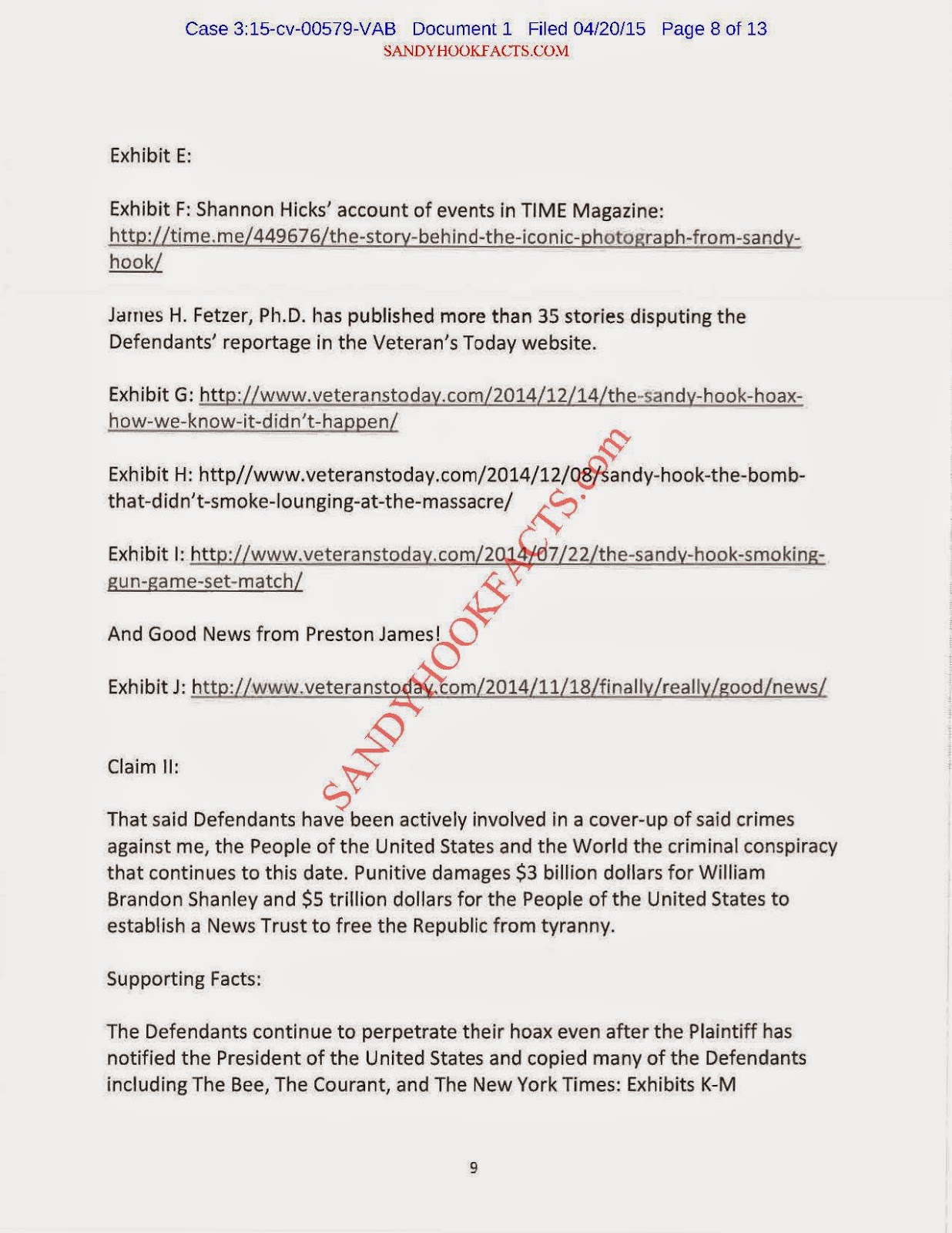 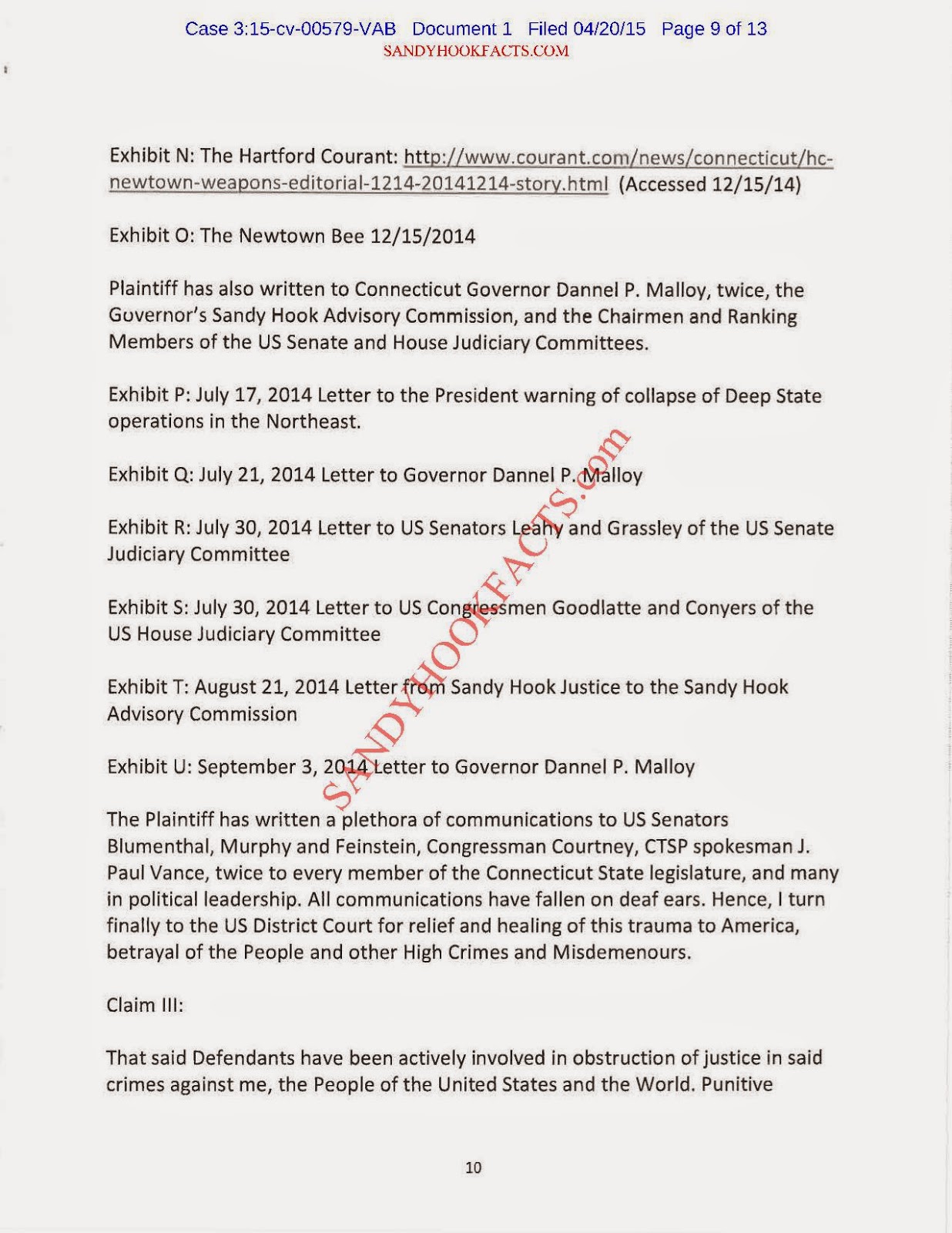 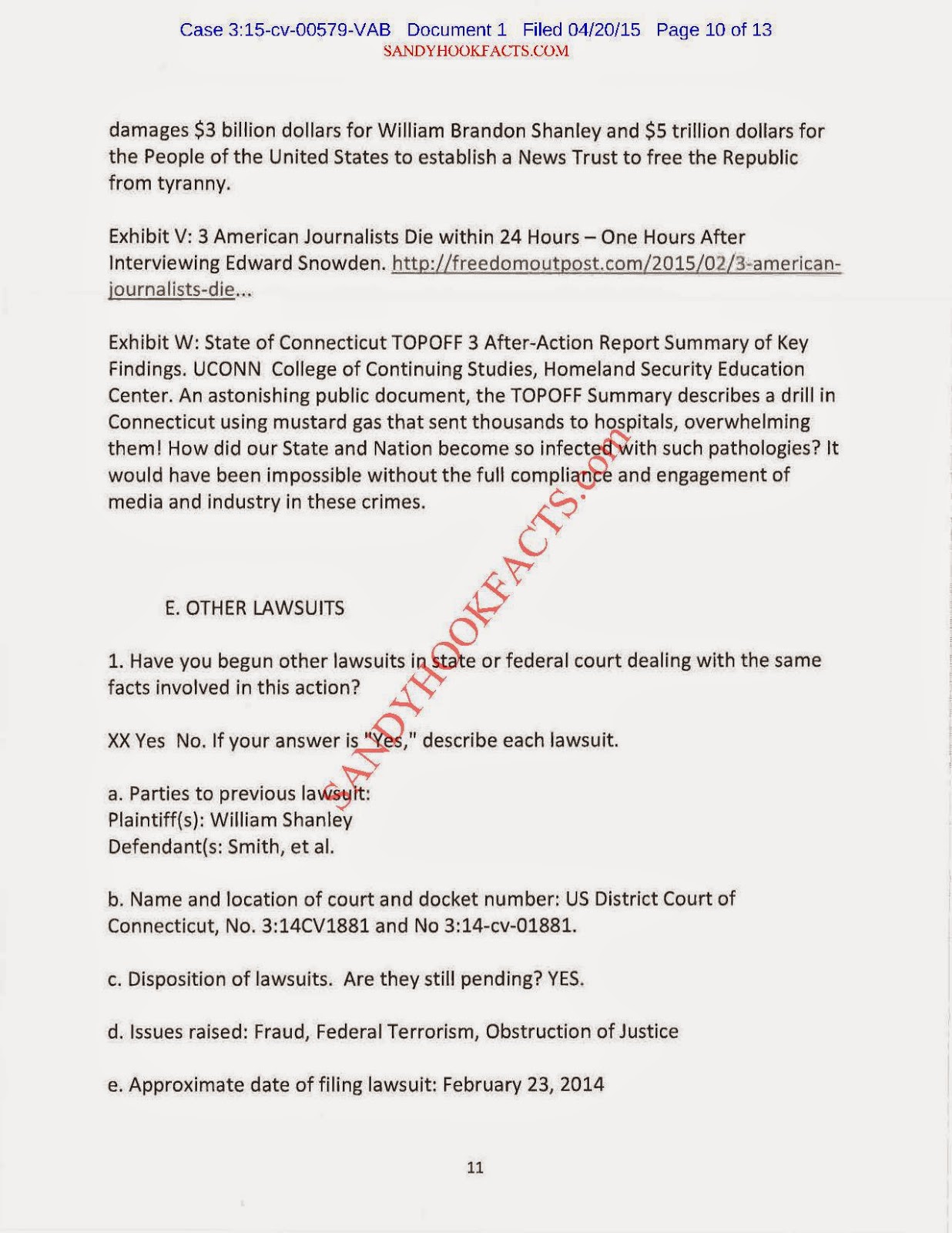 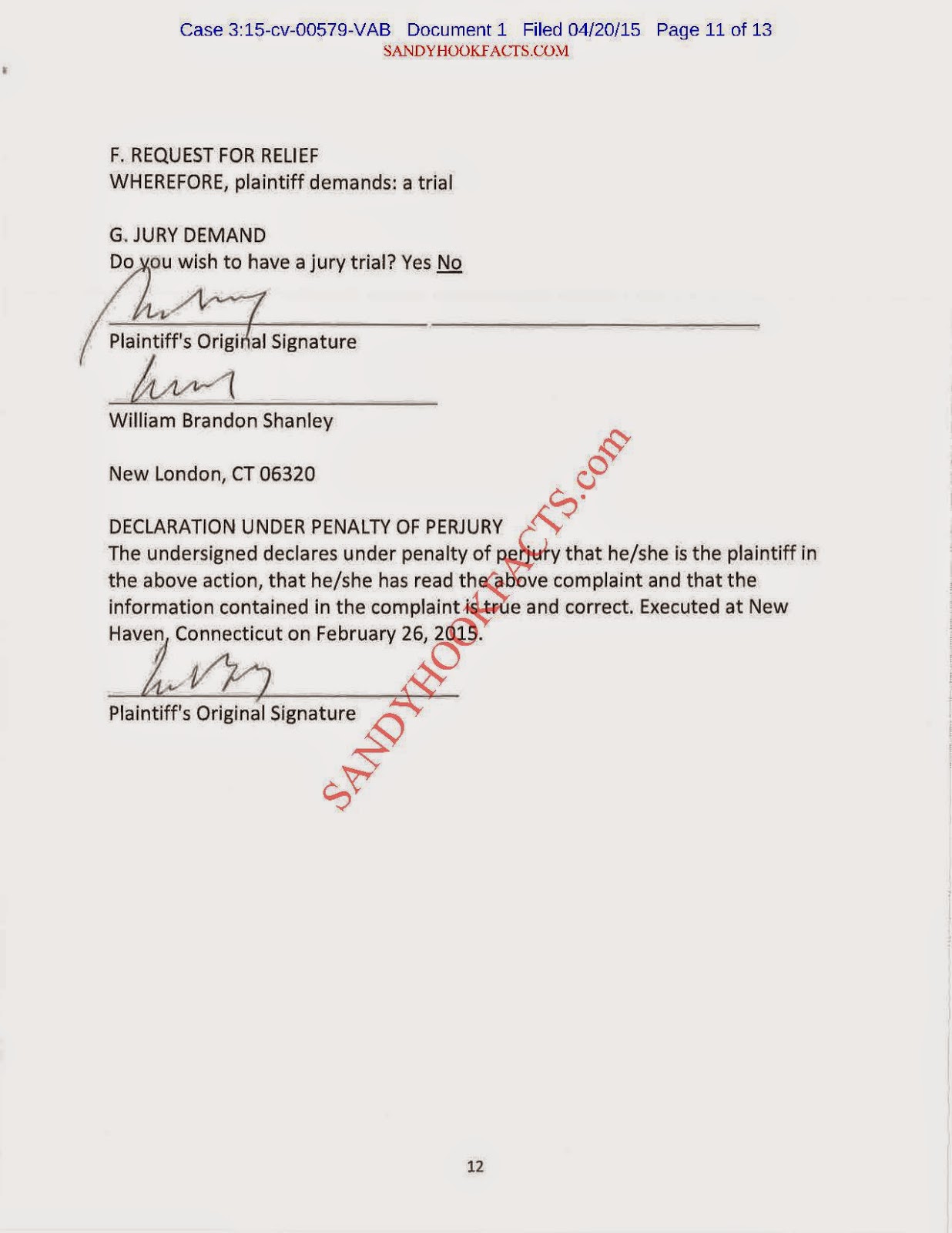 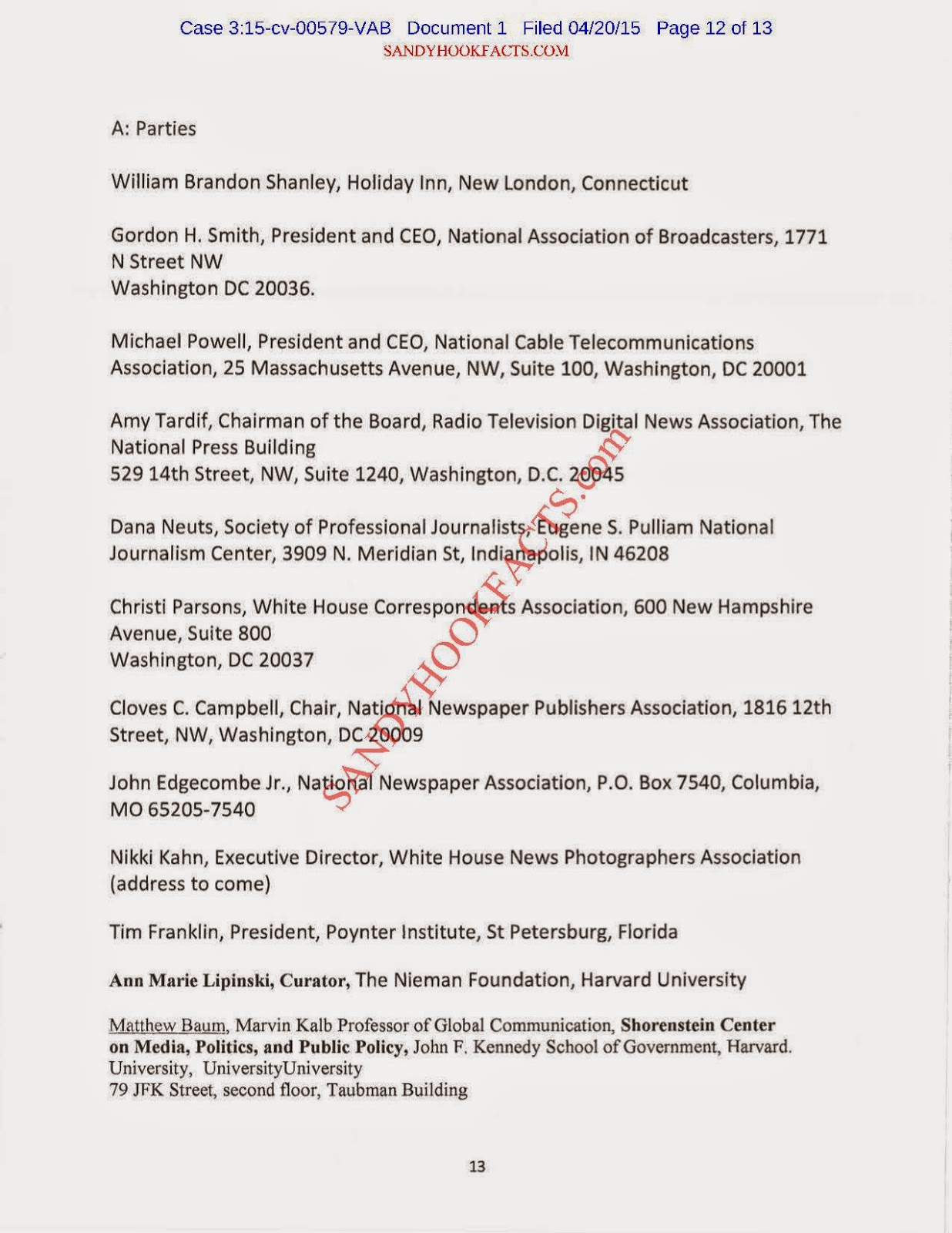 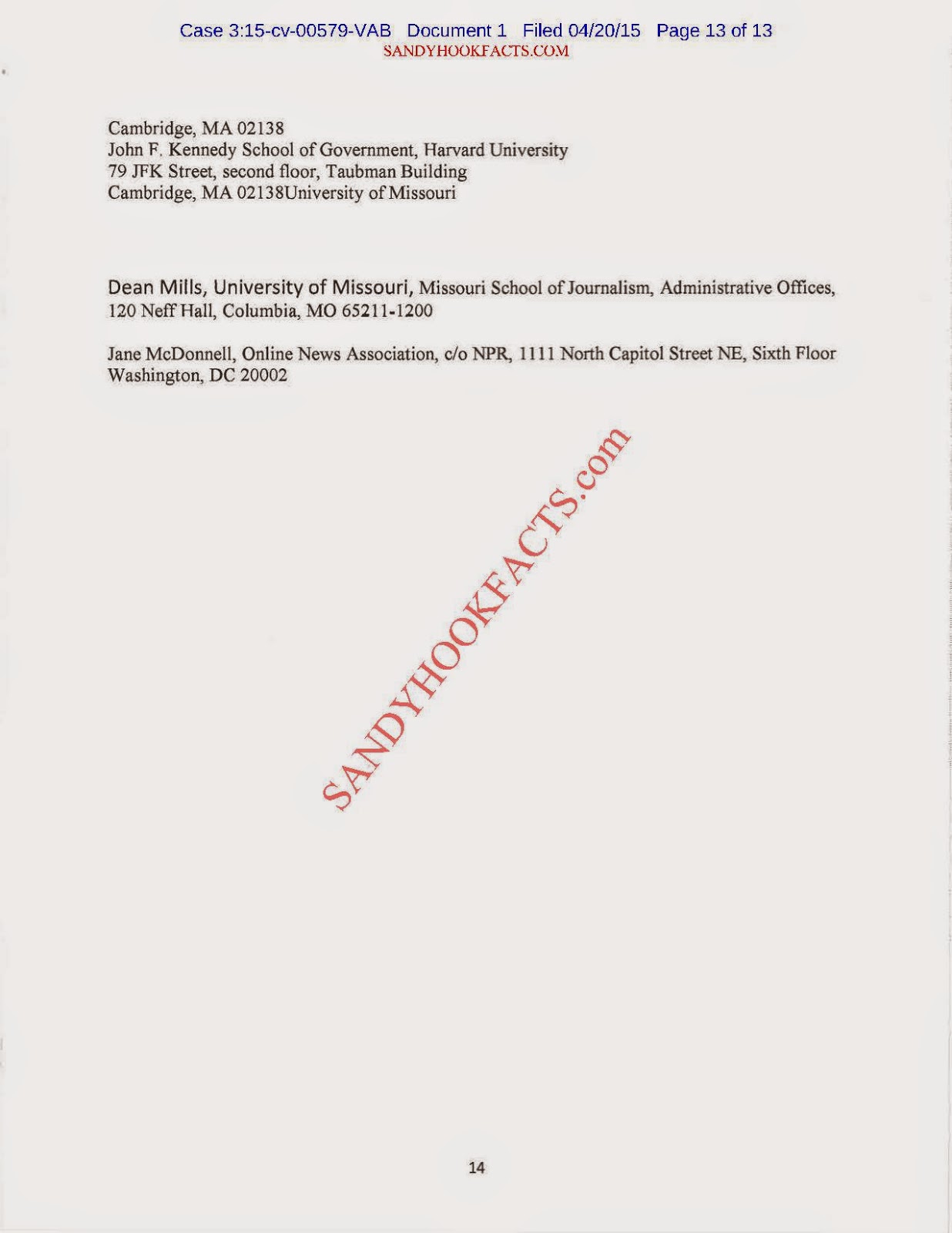 Presented by SandyHookFacts.com at 7:41 PM

If this weren't at the expense of the families, causing them more pain and anger, this would be pure comedy gold.

He should be declared a vexatious litigant and prohibited from this type of frivolous litigation.