I received this message- waiting to confirm.  Is it Able1212 or someone else? We shall see.
*breaking news*
thank you for keeping up the fight to expose these sickos. i was informed last night by Dr. Joseph Erardi, Superintendent of Schools - Newtown Public Schools that there has been another threat: 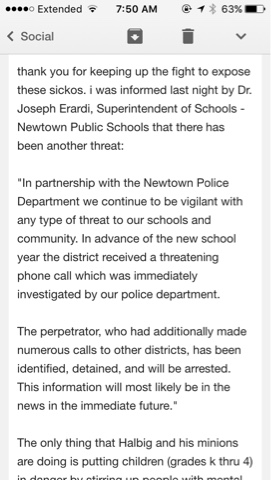 Presented by SandyHookFacts.com at 7:49 AM

here is the confirmation: