Issue 2: Original copies of Newtown Police Officer Statements -  The Commission ordered that these were witness statements and not subject to release.   Wolfgang Halbig appealed that decision.

Connecticut Attorney L. Kay Wilson represented Wolfgang Halbig, despite the fact he was publicly degrading her.  Wolfgang Halbig promised his donors he would do what it takes to get the Dash Cams.

Allegedly, L. Kay Wilson finally tired of the public thrashing Wolfgang gave her, (although she never tired of her disgusting beliefs about Sandy Hook manifested by here disgusting treatment of Newtown townies and officials) and she withdrew from representation.

The Judge gave Wolfgang until July 31 to appear. When Wolfgang failed to file his appearance, his case was closed.

Wolfgang never filed an appearance and the appeal is DISMISSED as a nonsuit. 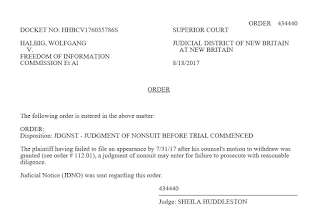 Tony Mead's Sandy Hook Hoax group often demands their cult like followers give money to Wolfgang Halbig.  Apparently, Wolfgang will just flush that money down the toilet and stop appearing in court. 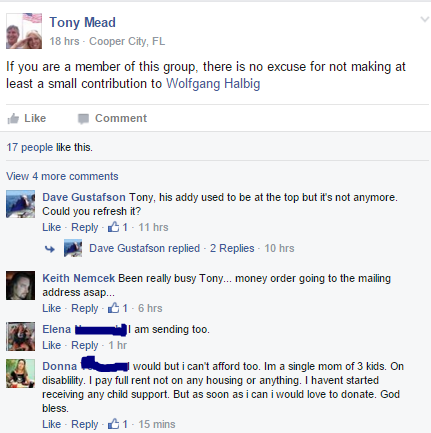 Presented by SandyHookFacts.com at 7:31 PM