"Scott Baio, an icon of  my generation, is nothing but a wide-eyed Alex Jones fed Sandy Hook conspiracy theorist hoaxer grief troll." - SandyHookFacts.com


While I must admit, I did not ever wonder ,"Where is Scott Baio today?".  Considering I was young in the 70's, it would not have been unusual or surprising if I had.

What is surprising is the answer to that question. So, then, where is Scott Baio?

Well, the surprising answer to that is:

Today, Scott Baio, lacking any semblance of a career, instead spends his time prowling around twitter, and when he finds a family who has lost a mother or a child to gun violence, he attacks and grief trolls them with Alex Jones inspired hateful hoaxer memes. 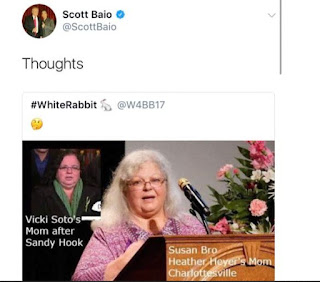 Of course, like Scott Baio's hero, Alex Jones, Scott is not brave enough to admit his proclivities. He issues fake public denials and excusing; making Scott dishonest and a coward.  Quite a personality combination you got there, Scott Baio! 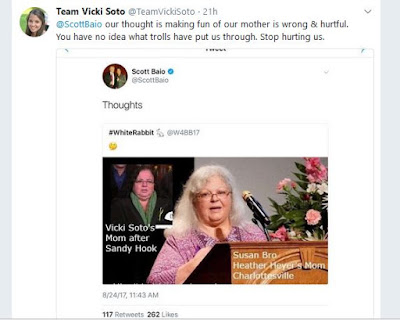 The tweet is a clear flag to those of us who understand so called "alt-right gun truthers" - It says "I am a hoaxer". Scott, it says it LOUD AND CLEAR. You can't deny it.  The hoaxers know you are "one of them" and we know it.

What's next, Scott Baio, the earth is flat?

Scott Baio's obvious hoaxerism aside, no reasonable person could believe sending such a meme to 218,000 followers would do anything but seriously emotionally harm families; so hoax Scott Baio's  intent was clear: cause pain to people in grief.

Scott Baio tries to double talk his way out of it, just like Alex Jones

Scott Baio then stood behind his attack on the families by blocking two victims who called him on his hoaxerism.  The Soto family and Nelba Marquez; both well known on Twitter.  How low could Alex Jones loving Scott Baio sink? 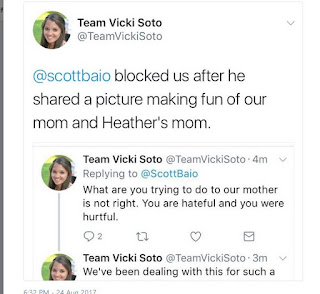 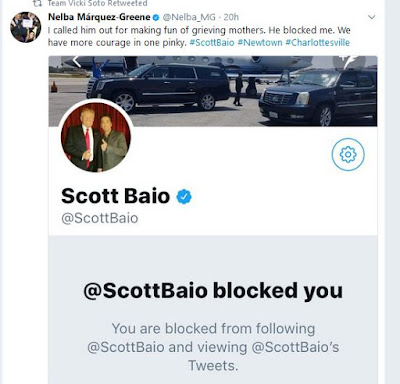 He appeared desperate to justify his attack on the families as "just asking a question". That lame defense is right out of hoaxer grief stalker playbook chapter 1, Scott.

They Baio's must have drank way too much of Alex Jones vitality brain juice; there is simply no other explanation.

By the way, while Scott has deleted his hateful attack on the families, he has not deleted his wife's disgusting take on that hateful tweet.

With both Baio's in on the attack on families, you know the emotional harm they are teaming up to cause is very intentional.

To date, Baio refuses to apologize and simply continues to make excuses for his disgusting post. 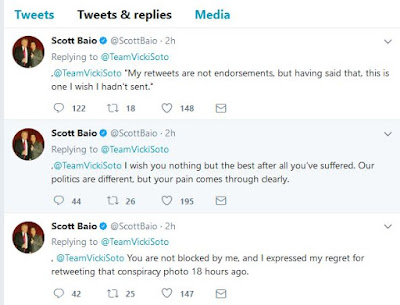 Scott Baio disgraced himself and good conservatives everywhere when he revealed he is nothing but a internet grief troll that attacks and hurts families who have lost loved ones in violent crimes.  Intuitively, you would think Scott Baio's sole purpose of grief trolling these families could be for little else than to intentionally emotionally hurt them. 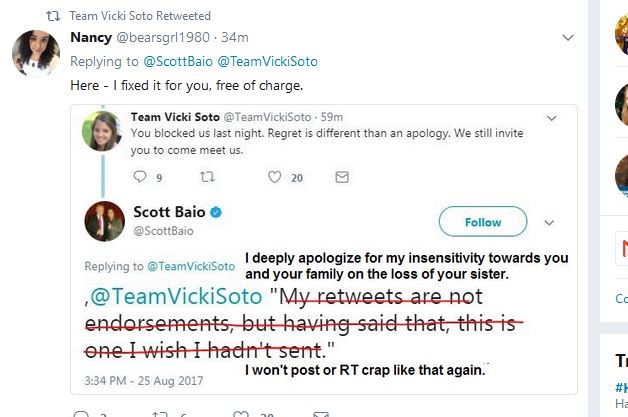 Scott has decided he would rather continue to harm families by leading his following to attack families of murder victims.

And it is having the only outcome he can reasonably expect, more attacks on the families. 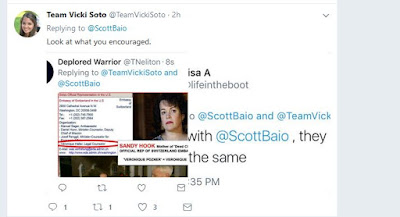 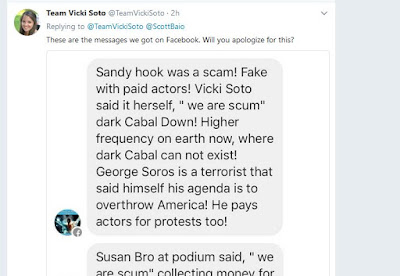 You, Scott Baio, are personally associating yourself with a racist, disgusting, child stalking hate group known as Sandy Hook hoaxers, when you repeat their filthy lies.

Yes Scott, because of what you do, families are stalked to the point hoaxers are jailed. 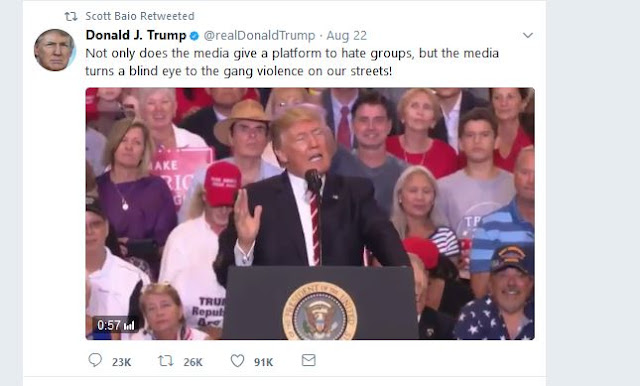 Scott Baio's half assed attempt at an obvious fake apology was correctly rebuffed: 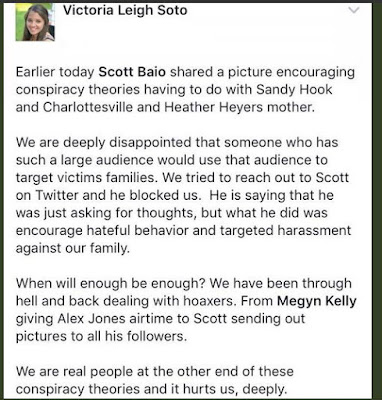 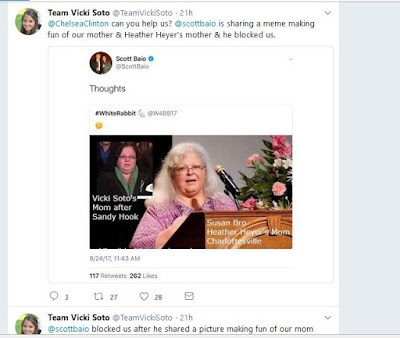 Don't hold your breath for an apology from a grief troll like Scott Baio. And if you get one, it will be fake or inspired bay a desire to save face.


Presented by SandyHookFacts.com at 3:44 PM