Initial reports are Jerad Miller and his wife Amanda Miller shot and killed two police officers in Las Vegas and then went to walmart and wounded another before Amanda shot Jerad, killing him, then taking her own life. 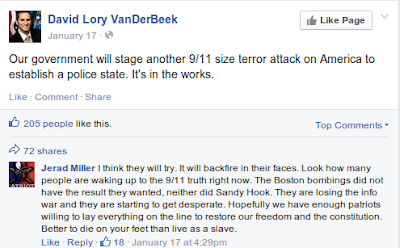 While they are sill up, their facebook and youtube accounts can be perused . These YouTube Special Alex Jones creations; you can smell a Sandy Hoaxer a half mile away up wind.

FEMA Camps, Huh? Where Have I heard that before...

A brief perusing of the accounts is revealing. Such as  Jerad whining about Government Tyranny while in the Food Stamp Line: 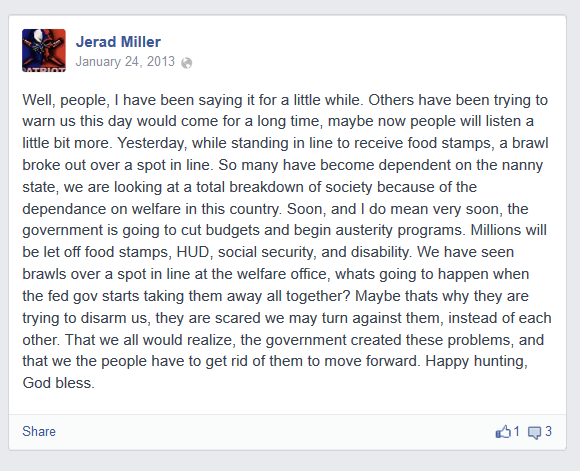 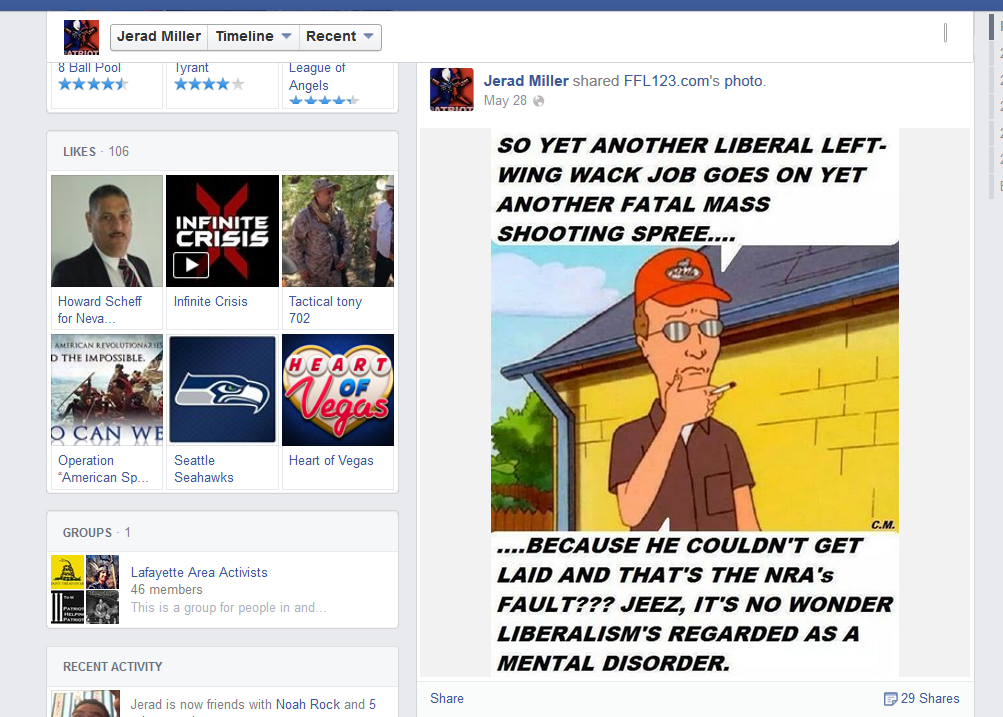 Did his wife off him before they could do more damage?  Jerad obviously would not have had the courage. 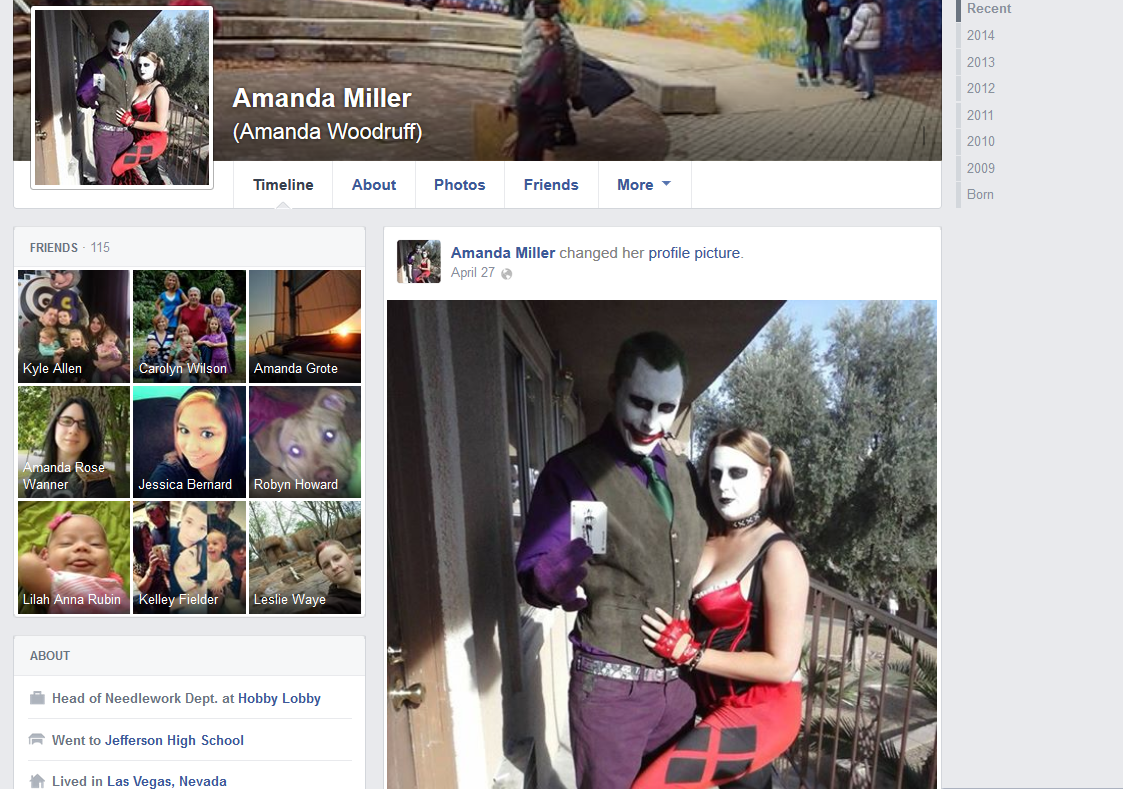 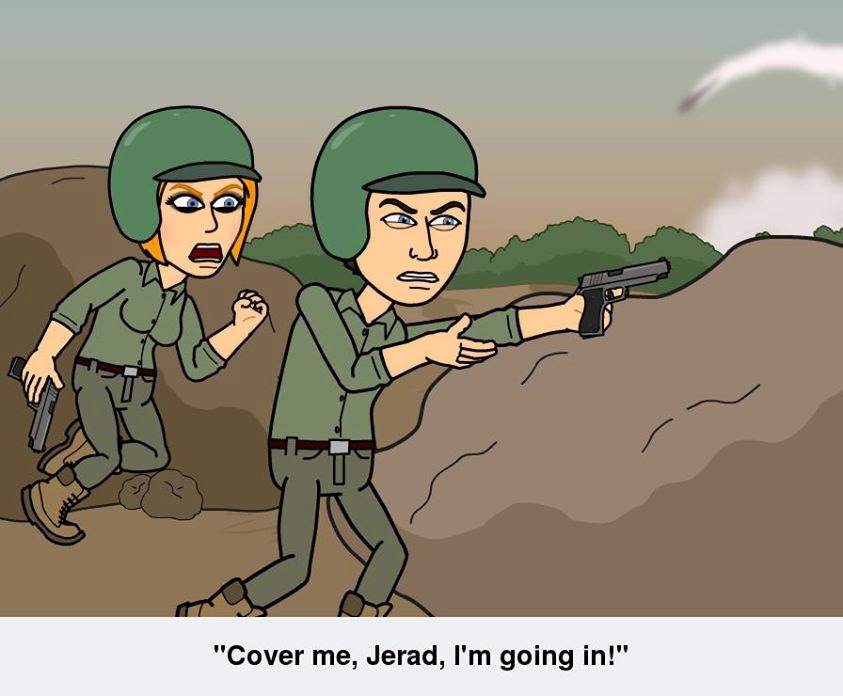 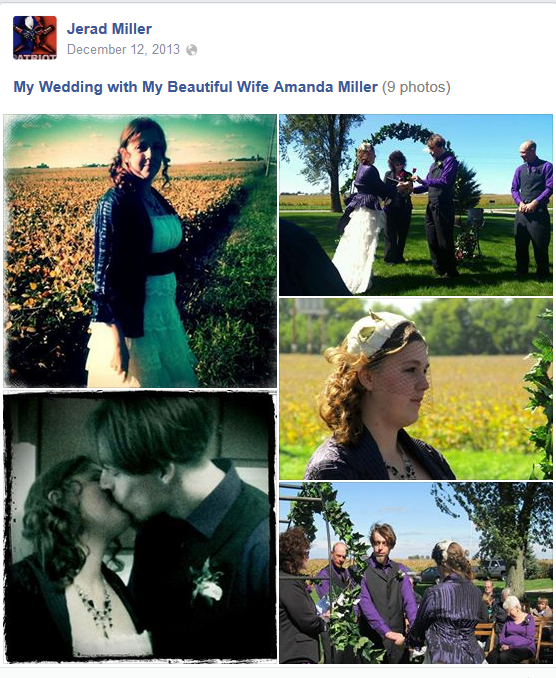 A Sandy Hoaxer without Chem Trails is like a fish out of water. 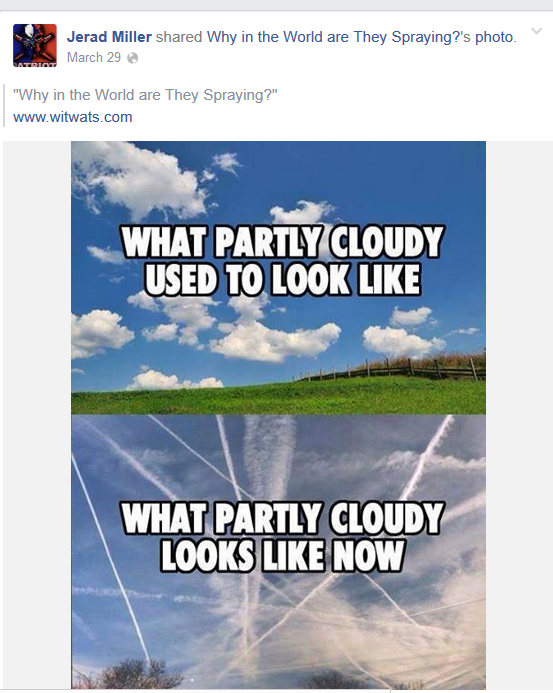 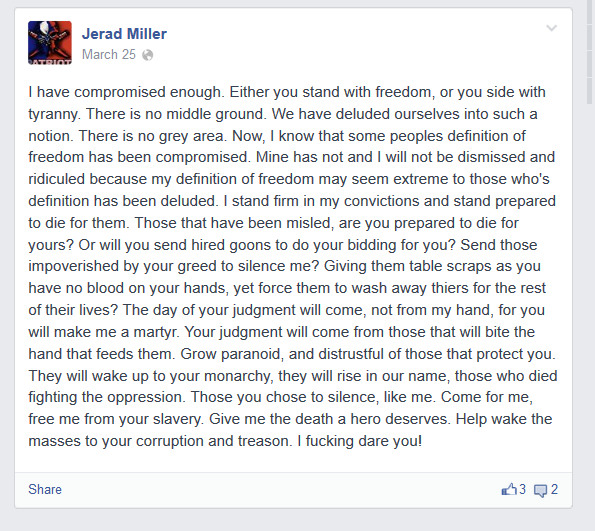 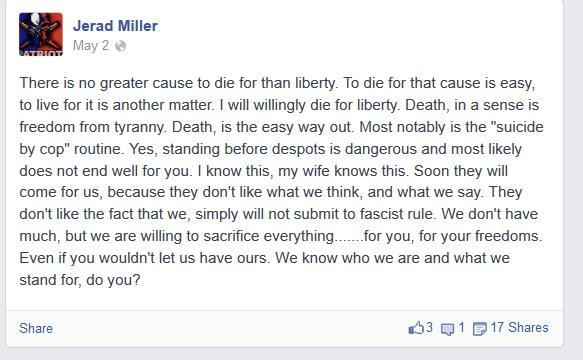 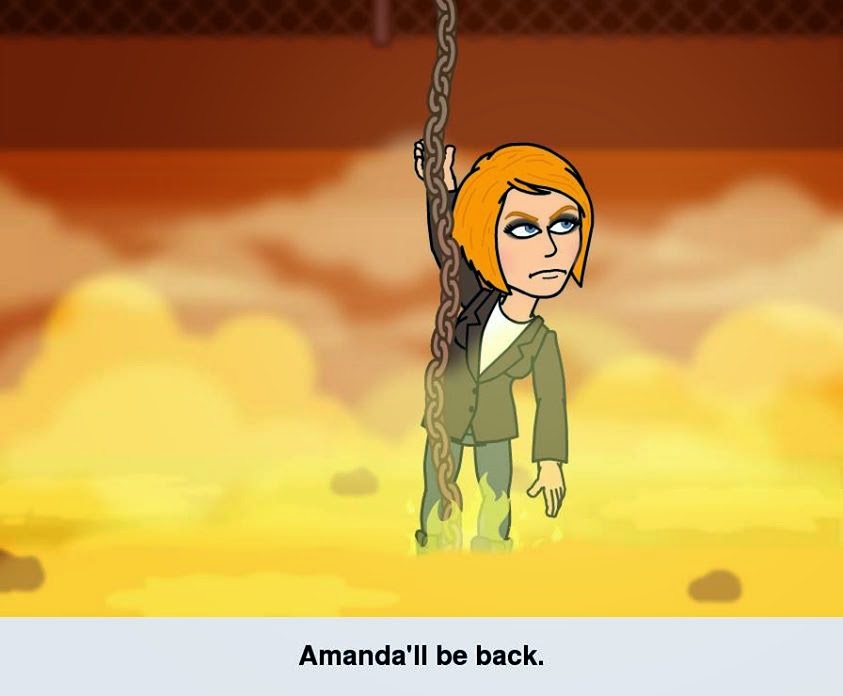 Nose is looking a little, uhh, chapped there, meth head. 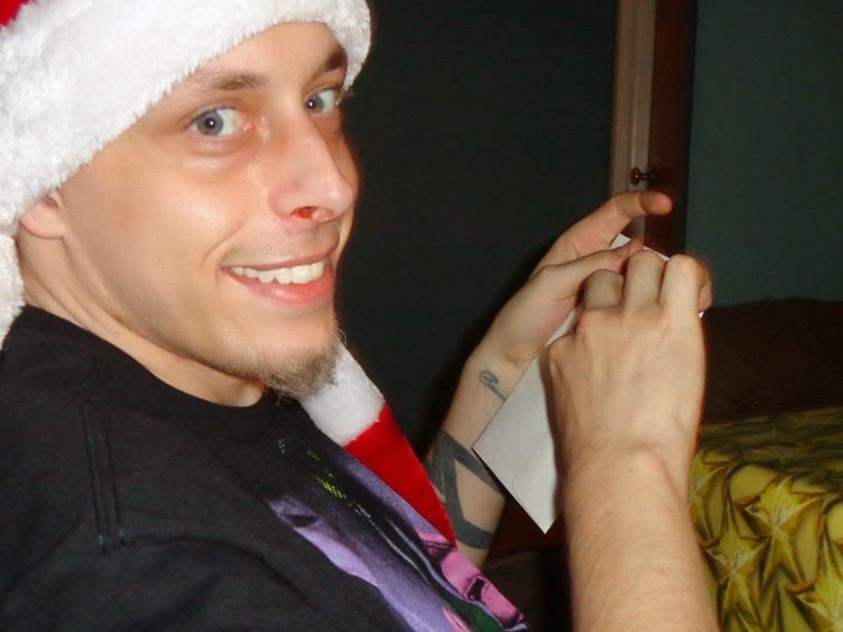 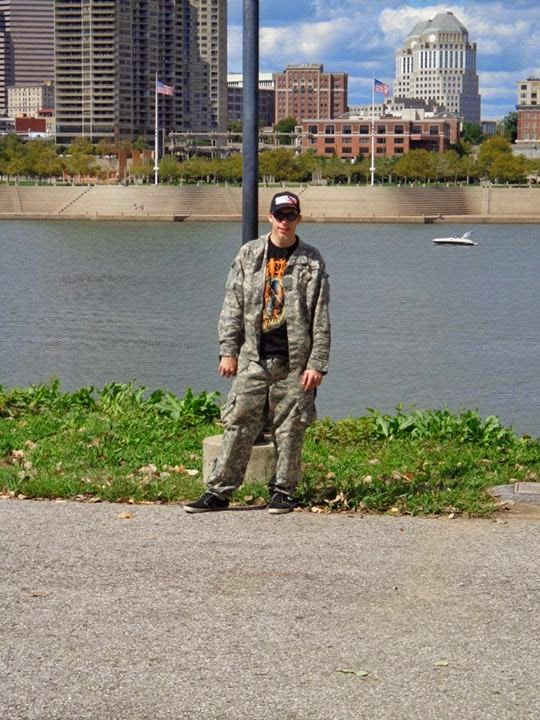 Some of his "Likes" on Facebook, apparently, he is "The Resistance" right Alex Jones? 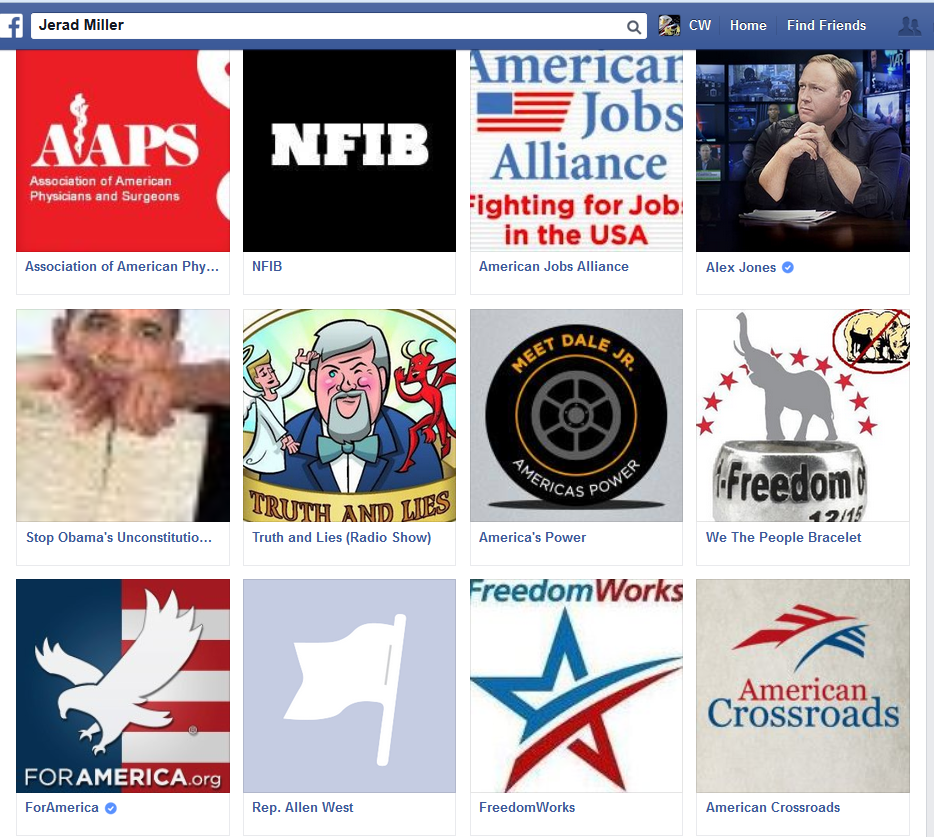 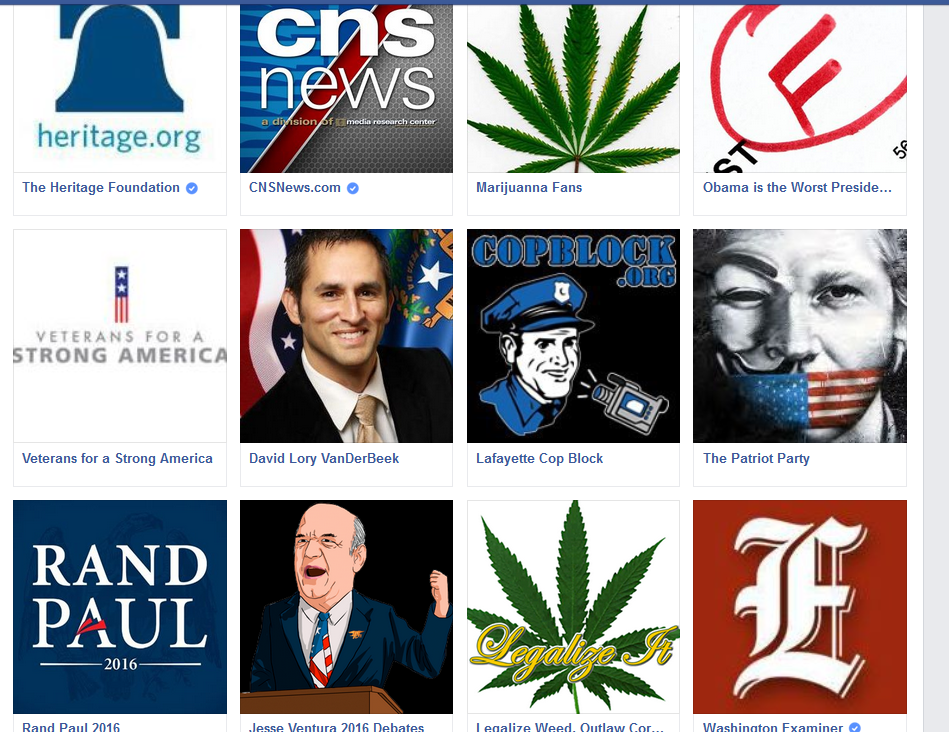 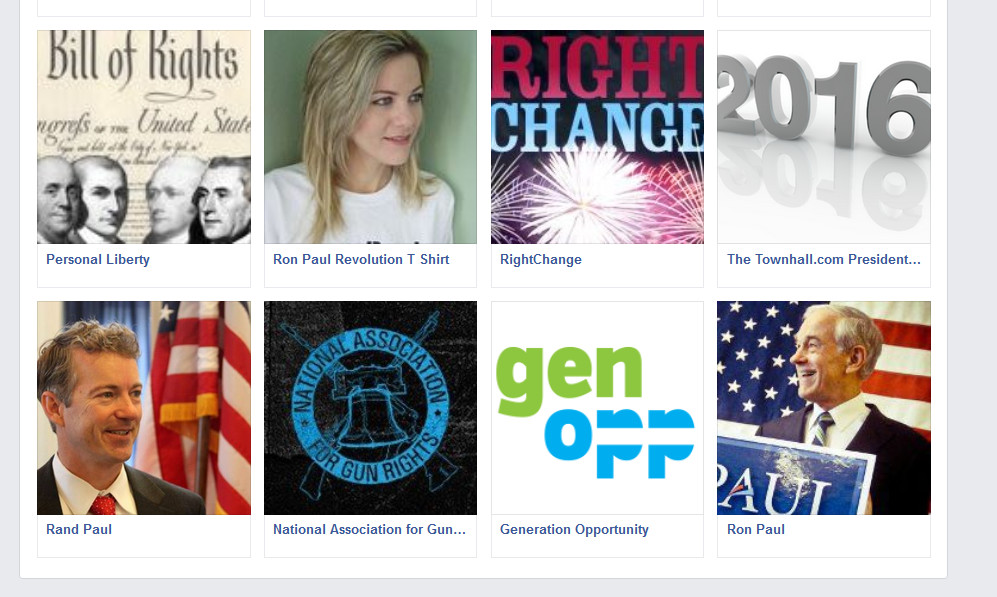