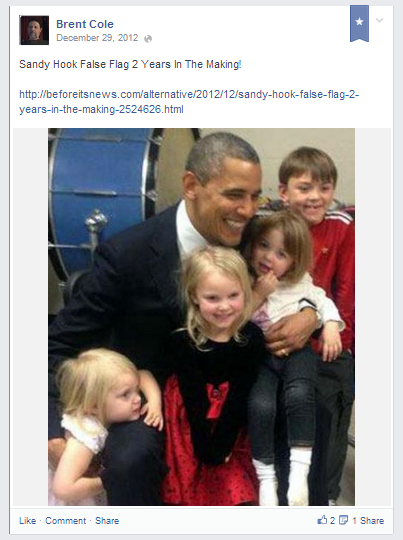 NEVADA COUNTY, Calif. (KCRA) —A 60-year-old man was identified as a suspect in a campground shootout with a Bureau of Land Management ranger and a California Highway Patrol officer.

The ranger and officer were wounded in the shootout. The suspect, Brent D. Cole was also wounded and is hospitalized.  Cole was an avid conspiracy theorist who had declared himself a “sovereign citizen” and was prolific in his conspiracy commentary.

Brent Cole hole had a long list of the typical dark Conspiracy Theorist rants. From Sandy Hook Hoax to Alex Jones "FEMA Camps" to Chem Trails to Illuminati, he ranted about it all.  If interested you can view some of his pages, links below. As to Sandy Hook, he was a Sandy Hoaxer from the earliest days after the shooting and literally had dozens of posts between his two +Google pages, Facebook, and Twitter account.  No need to archive them all here, they are the same lunacy we see on every Sandy Hook Hoaxer page; however, a random sampling is below. 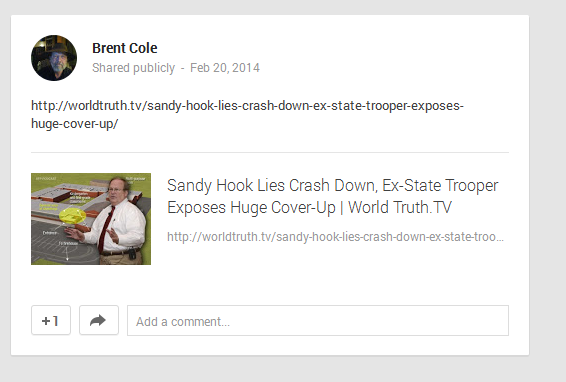 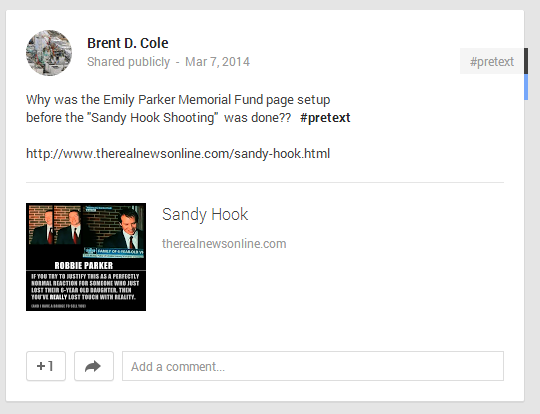 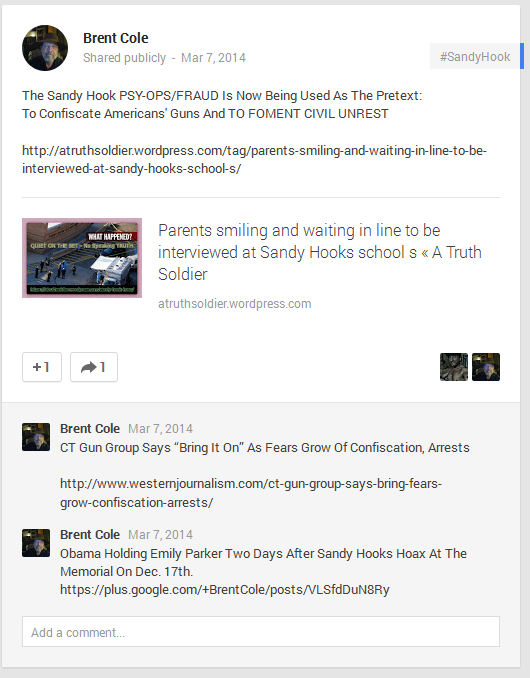 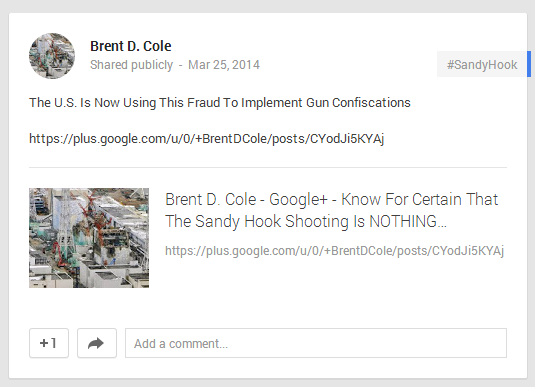 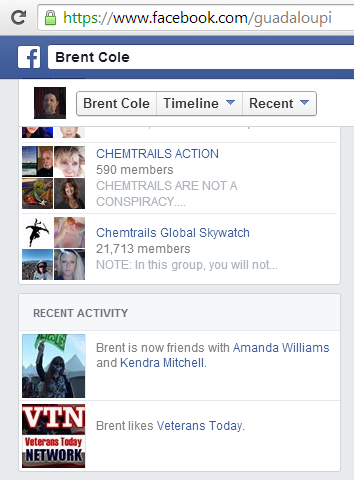 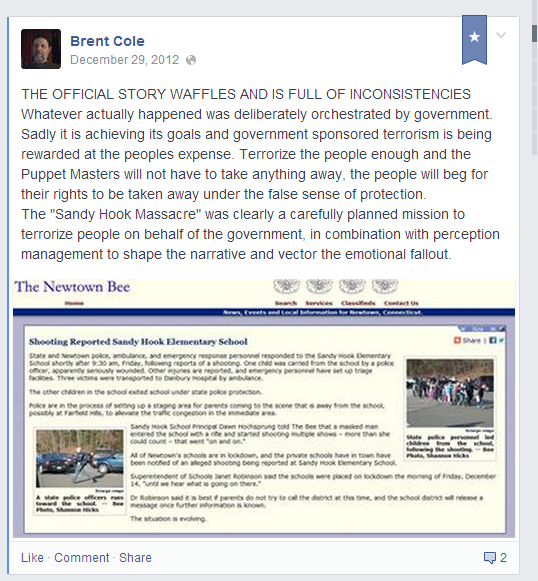 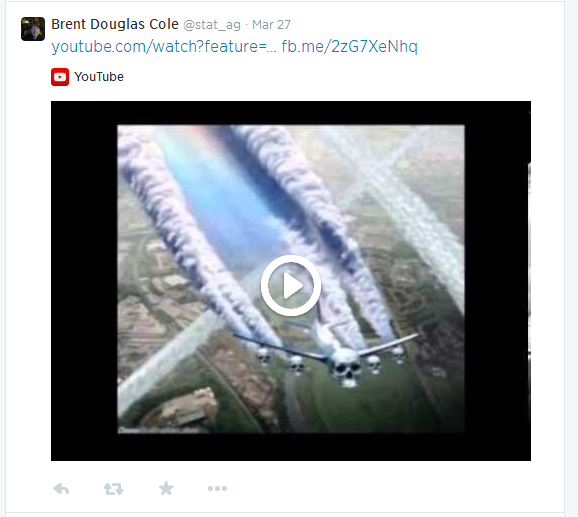 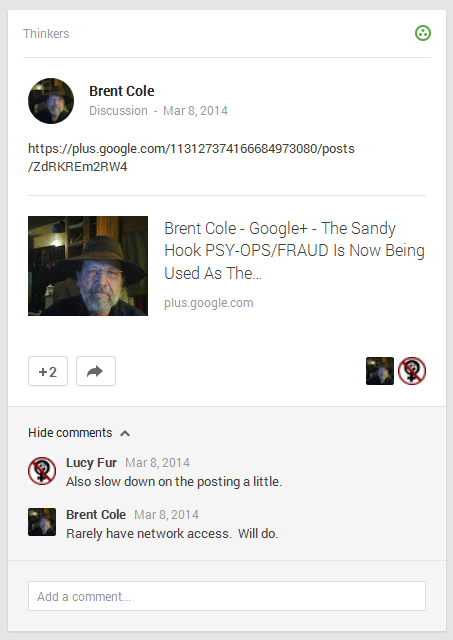