Proof of Death for the Animal is made public record.

This document is certified by Newtown Town Clerk Debbie Aurelia Halstead and lists the Shooter's date of death as December 14, 2012.

Many in the hoaxer community have claimed there is a discrepancy because the Social Security Death Index listed the shooter as having died on December 13, 2012. Since that listing today shows December 14, 2012; moreover, the Death Certificate, filed by the Newtown Town Clerk on January 3, 2013, predating ANY alleged clerical error, clearly lists the date of death as December 14, 2012. 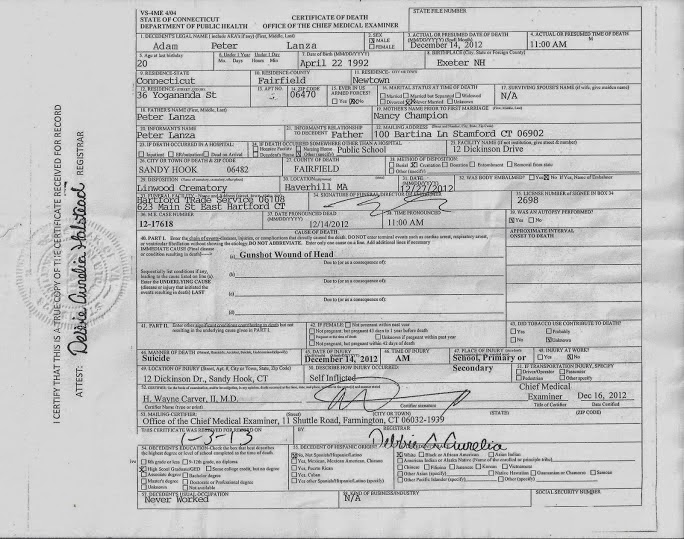 Other Relevant Links and images: 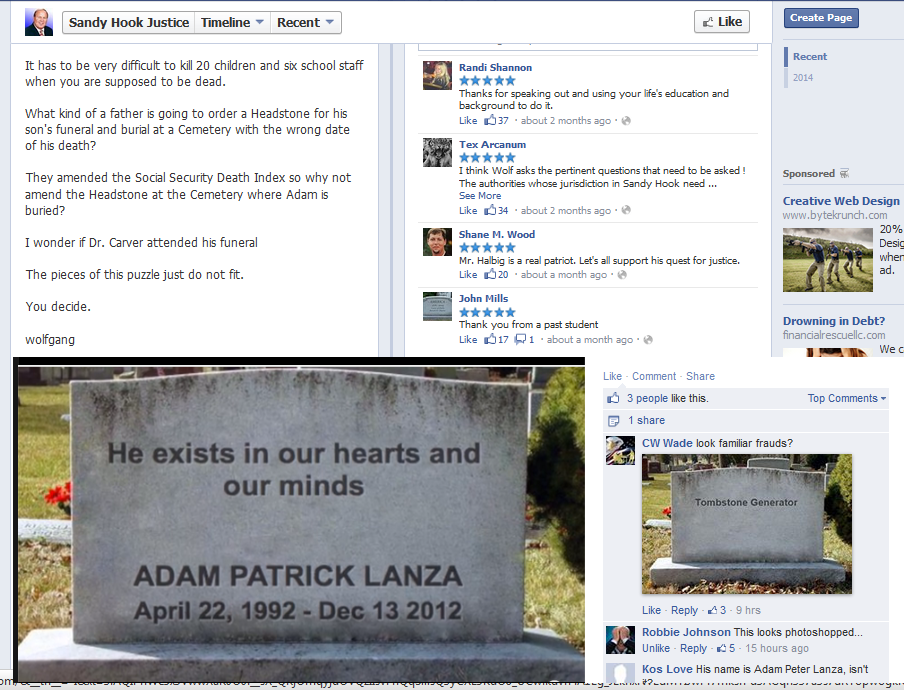 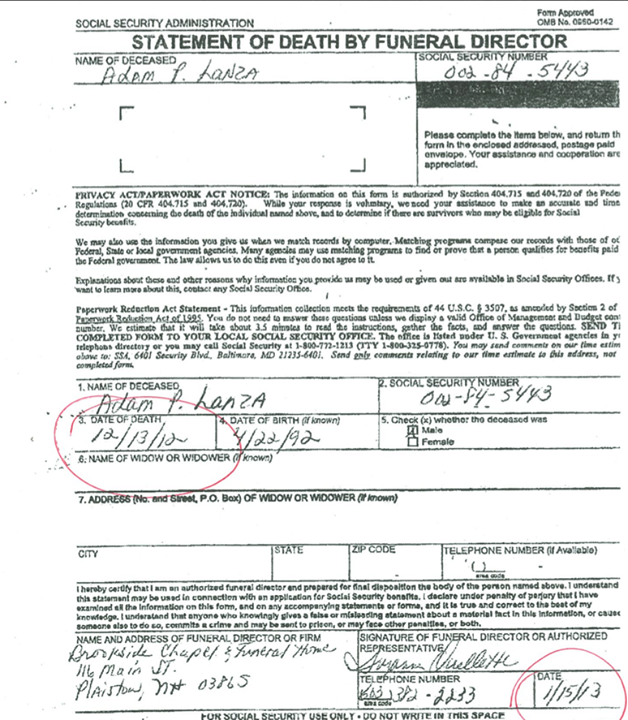 HI Wade in you footnote "Hoaxer gimmicks" the funeral director certificate is genuine and was released via FOIA with corrected date .Regards.