Alex Jones has apparently read the tea leaves and can see that Wolfgang Halbig is on a runaway course off of a cliff; as a result, Alex Jones has abandoned Halbig's ship.

For example, at Wolfgang Halbig's Freedom of Information (FOI) hearing in Connecticut, Jones slap to the face of Halbig was clear because Jones sent his token jester, Dan Bidondi.  You know Jones is not interested if he sends his pet Bidondi.

Halbig and Bidondi's short interview was published by the small time blogger Mert Melfa; however,  in a distinct snub, Jones did not deem the skit worthy of a freebie-clip on the Infowars Youtube channel.

In a interview published 5-12-15, Halbig raged against Jones lamenting "Alex Jones did not even give me a single dollar."  He further raged "Alex Jones has done absolutely nothing" (for my funding).


Halbig's next FOI hearing is June 2, 2015 at 9 am and Halbig did provide insight to his upcoming strategy -

1) Halbig will continue the losing quest of presenting photos of Sandy Hook Elementary to Newtown staff and asking where the "work order" to fix [insert whatever here]. Incidentally, Halbig's photos purport to be crime scene photos  taken after the shooting).    It is  unknown how long Commissioner Streeter will tolerate that game; however, I predict it will not be long. Streeter does need to get control of that aspect of the hearing because the consumption of time outweighs any conceivable benefit and Streeter was a little too loose, thus allowing the hearing to drag on and on about issues unrelated to documents.

2) Halbig is also attempting to get  the pilot of Connecticut Trooper 1 and the pilot's observer.  Halbig still has not figured out how the Connecticut State Trooper helicopter can operate without Newtown police input; however, this demonstrates Halbig's lack of real world experience.  It is easy to guess that that helicopter operates every day without input from Newtown.  Halbig again loses sight of the point of the hearing - documents. Newtown has already indicated there are no documents available concerning transmissions between the helicopter and Newtown P.D.; that's the end of it and Halbig will lose on that point.  Here again, hopefully Streeter gets to the point quickly and moves on.

3) Halbig stated in interview he is requesting the new Principle of Sandy Hook Elementary School to appear. Halbig will attempt to obtain the permission slips of the children who sang at the Super Bowl.
Halbig stated of the upcoming questioning of the Principle: "I want to see a copy of the field trip forms".  Unfortunately for Halbig, those documents are not "at-issue" because those are not the documents he requested as the subject of the FOI Hearing.

The "at-issue" point is a consent agenda from Jan. 23, 2013 and attachments; a document that has already been provided to Halbig. This is why Halbig will be a big loser here as Monte Frank "objects" Kay Wilson into oblivion.   Hopefully Streeter gets control of this aspect of the hearing as well; least he allow the hoaxers to turn his hearing room into a circus.

It's the Halbig show; he obviously asks for the wrong stuff on purpose to play to his brain numbed hoaxers.


William Shanley is back in the Pokey

It has been speculated that Shanley's lawsuit it is so poorly written, using news articles as "evidence", that Halbig's FOI attorney Kay Wilson must have assisted Shanley in preparing the filing.   Kay Wilson is well known for attempting to use news articles to prove assertions, even "republished hoaxer refurbished" versions of these articles.

Shanley has since been readmitted to prison; his current home of residence?  Garner Correctional Institution in Newtown, Connecticut, where Shanley sports inmate number 305720.  Records indicate his bail is $50,000 for Assaulting an Officer.  Shanely has filed a document allowing the courts to withdraw the filing fee from his inmate trust fund; surely this will cut into Shanley's Ramen purchases. 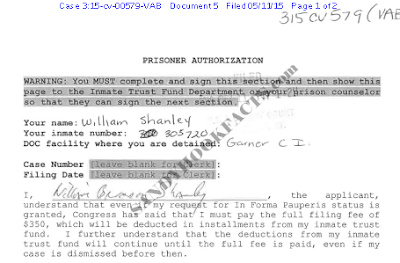 Sandy Hook Hoax group was relieved to learn that one of their top harassers and stalkers, Timothy Rogalski, received a suspended sentence as he pled guilty to five counts of second-degree harassment.

Sandy Hook Hoax published their response as they beamed with pride at the attacks on the children's place of eduction:

Just spent half an hour talking to Tim. He's a nice guy. He made 9 calls. 5 to the school and others to the fire department telling them he knew they were liars. He was drunk and ran his mouth more than he should have. He copped a plea so he could get the fuck out of jail. They wanted to charge hims with "reckless endangerments", so he settled for "breach of the peace"and got 2 years probation. That's in Monroe. He's worried that Newtown won't be as kind. He goes to court there next month for the Newtown school and Volunteer Fire Dpt. calls. Since they are in different towns, he has to go to different courts.

One can recall that another of hoax group's "sons", Jonathan Reich is on a diversionary program for his harassment charges.

It's not "if" a hoaxer will eventually act on the hoax group-think promulgated threats and harassment and cause serious death or injury, it's "when". 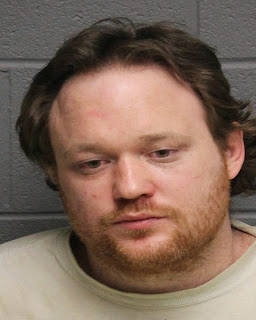