The appeal was argued before a three judge panel last week. The appeal court found that SHF had indeed prevailed in the original 2015 case. Halbig appealed the 2015 loss contending that with dismissal, he had actually prevailed over SHF.  SHF cross-appealed the award of cost because the trial court awarded SHF about $23,000; far below what SHF feels should have been awarded.

The appellate victory was a total victory for SandyHookFacts and his legal team.  The appeals court affirmed that dismissal, SHF prevailed and was entitled to fees and costs.  The appeal court also found that the the award was not appropriately calculated and remanded it back to the trial court for further consideration.  The implication of that is that the award was too low.

Outstanding attorneys for SHF were James P. Wagoner and Graham Van Leuven of McCormick, Barstow, Shepard, Wayte & Carruth. SHF has ordered a copy of the oral arguments and may post it, depending on advise of counsel.

The appellate decision is a "Published Decision" in California meaning it may be used as precedent throughout the state.  Halbig's loss is now precedent setting case law.   California leads the nation with laws to protect free speech against lawsuits like Cynthia Conlin and Wolfgang Halbig file.

The appellate decision may be read here:
http://www.courts.ca.gov/opinions/documents/H043248.PDF 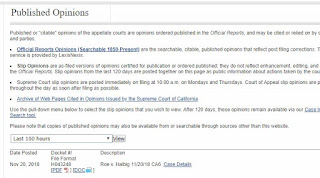 The case centered around Halbig's attempt to sue into silence several people who were exposing his scheme.  Halbig makes tens of thousands of dollars making false claims about the Sandy Hook shooting and himself to trick people into donating to him.  His lawsuit was designed to silence and chill free speech of those critits; as such it is known as SLAPP suit (Strategic Lawsuit Against Public Participation).   SHF used California's Anti-SLAPP statutes to defeat Halbig's and recover attorney fees.

The appeal court remanded the case back to the trial court to determine an appropriate award of fees. Based on the ruling, it appears the Appeal Court might expect that 192 hours at about $250 hours (+/-) court costs plus paralegal fees might be appropriate; far exceeding the original $23,000 award. The appeals court also awarded fees and costs of the appeal.  Additionally, there will be interest on the award as the case has sat for about two years.  SHF estimates the award will exceed $100,000.

Fast fact:
Despite Halbig's numerous promises to his donors, this SLAPP suit was the only lawsuit Halbig ever filed with donation funds.

May 27, 2015 - Blog Post
Wolfgang Halbig had filed a lawsuit against several John Does.  Unaware that SHF was going to be a party to the case, SHF published information for the  Defendants with hints on how, with proper legal advice, one could fight Halbig's suit using California's Anti-SLAPP statutes.  Halbig did not take the hint and attempted to drag SHF into the anti-free speech lawsuit. Ultimately, this blog post would be a template of exactly how SHF defeated Halbig in Court.

"Assistance to the bloggers being Sued by Wolfgang Halbig"
http://sandyhookanalysis.blogspot.com/2015/05/assistance-to-bloggers-being-sued-by.html