Irony drips as Sandy Hook Justice crew asks the Federal Court
"Let me out of the lawsuit!"


Wolfgang Halbig and his sidekick, Cory Sklanka, have filed motions to dismiss the suit brought by Sandy Hook parents.  Why would these two try to sneak out now?

Wolfgang and his crew have raised, by my count, nearly $200,000 telling their  followers they were going to bring a lawsuit.   Apparently, tired of waiting for the lawsuit that will never be, Sandy Hook families have saved SHJ the trouble and sued them. Suddenly, the SHJ crew want no part of a lawsuit!

Short video clip of the SHJ crew in Connecticut as they harangued Newtown with nonsensical FOIA requests:

Wolfgang has lied to his followers for years promising to bring a federal lawsuit.  He never did, even as they poured money into his pockets for just such a purpose.

Here is a 2014 Halbig clip promising he "is getting ready to file" the federal suit and has "two attorneys drafting the federal civil lawsuit".
https://youtu.be/Sn_vZHzSb5A?t=10m10s

Halbig, to date, has NEVER filed his federal lawsuit.

Cory Sklanka often made videos and trolled my channels threatening the same lawsuits.

I think Cory holds the distinction of never being correct a single time; even if only accidentally.

Now that the parents have brought the lawsuit to their doorstep, the Sandy Hook Justice crew is desperate to have the case dismissed!

Rather than use some of the thousands of dollars in donations; Halbig is representing himself and receiving legal assistance from disgraced and disbarred and/or suspended Colorado attorney Alison Maynard.

Alison Maynard must be really out of practice since being disbarred/suspended because her motion is, frankly, pathetic.

Alex Jones and Cory Sklanka are at least represented by real attorneys. 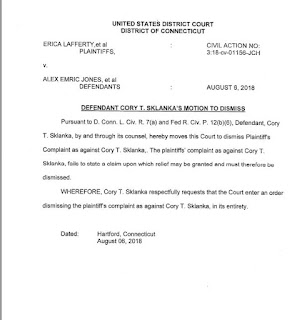 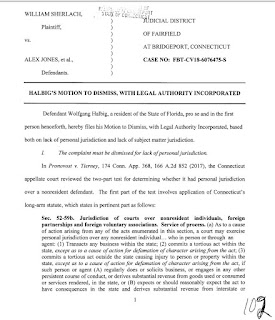