The main piece of evidence supporting their absurd claim is the "Everyone Must Check In" sign behind Gene Rosen during a press interview.


What hoaxers hide from their viewers is that the interview was several days after the event.  There was no "Sign-in-sign" on December 14, 2012 at all.

There are countless photos and videos proving that on December 14, 2014, the sign was not present. 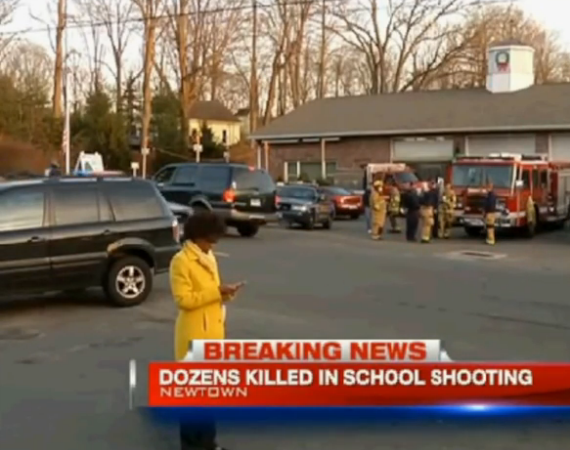 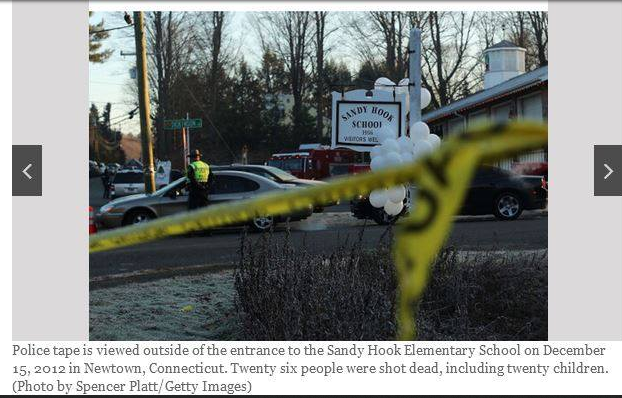 With the oft touted Hoaxer's "evidence" of a drill, the so-called Gene Rosen "Sign-In-Sign", soundly debunked, attention is turned to a real drill.

By understanding actual active shooter drill procedures,  it's easy to see that Sandy Hook looked nothing like a drill.

A drill is not an emergency and thus, responders do not respond with lights and sirens blaring ("Code 3").

Traveling Code 3 is a safety risk to the public; an injury caused by an officer driving Code 3 to a drill would be grossly negligent and would subjet the officer and the state to liability.  Further, it is illegal for responders to drive Code 3 without justification; thus, would likely be found to be negligent per se.

There are strict guidelines and laws for use of lights and sirens on emergency vehicles. A snipped from the guidelines provided to Emergency Medical Services (EMS) responders:

A full text of the guidelines and the state law is linked below.

Responders travel to a drill at normal speed, traveling  in a safe manner.

An active shooter drill is a carefully planned training event.The participants assemble in the morning.  At the scheduled time, all attendees are required to attending briefings to discuss the activities, the participant roles,  the schedule, and most importantly, a safety briefing.

Safety is the paramount concern at all drills. 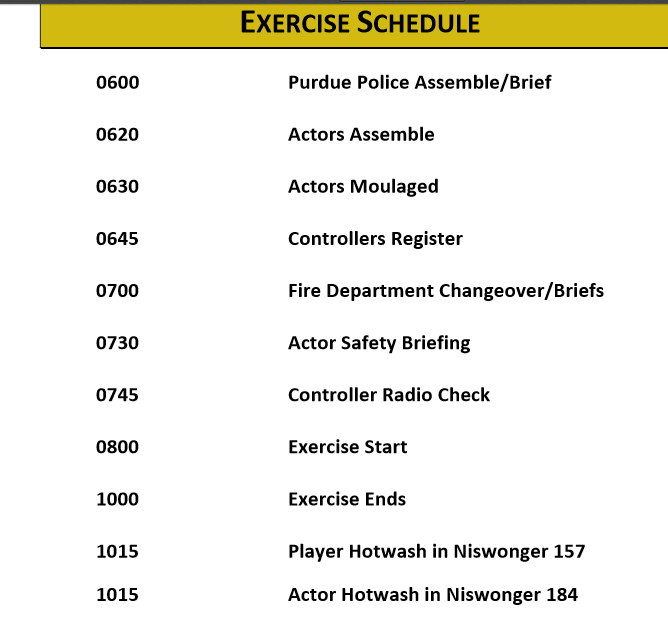 After assembly and briefing of all of the participants, the safety officials and controllers are discussed.

Safety will be the paramount concern and evaluating the drill the secondary concern.

In Connecticut, police use Simunition or Air soft (plastic) weapons.   Simunition and Airsoft weapons are distinctive.  Simunition pistols are brightly colored; this allows these weapons to pass the pre-drill weapon safety check. 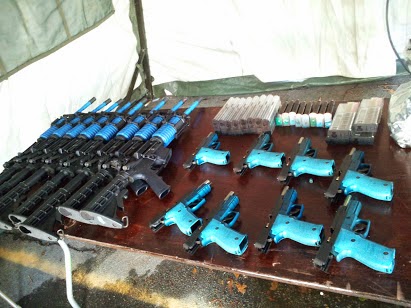 Other weapons that are banned from Active Shooter drills in Connecticut are: Cap-Stun Spray (duty grade pepper spray), knives, and tasers.

Obviously, loaded firearm training is always done at an appropriate range with range masters and the appropriate environment for firing weapons.  This is actually common sense; however, this needs to be pointed out to hoaxers who cannot tell the difference between a drill and actual "locked and loaded" police response.

Where real firearms are used during a drill, each weapon is checked and secured with blocking devices and officer is checked to ensure the officer is not in possession of ammunition. 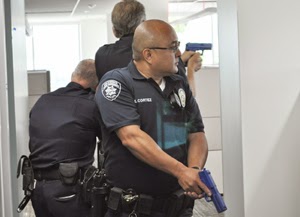 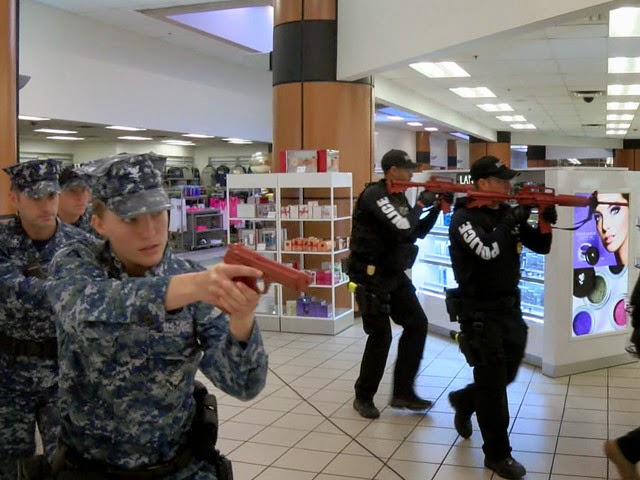 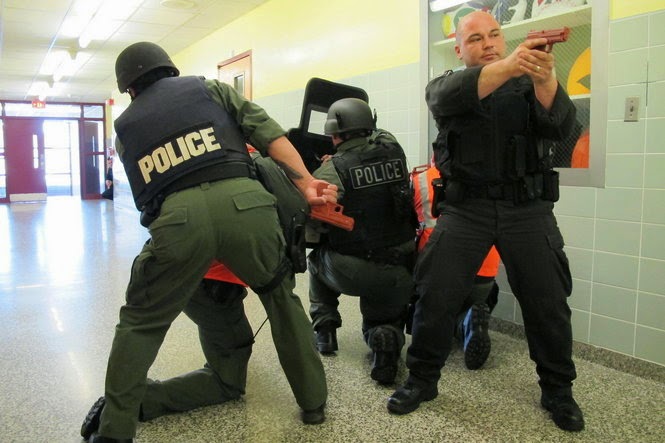 Sandy Hook Elementary School response showed no signed of being a drill because:

1.  The response was an emergency, lights and sirens response. According to the report, Code 3 response did not ceased until about 10:30 am, nearly an hour after the first dispatch.

2.  There was a no pre-drill assembly or briefing.  The witness statements, photos, and video is clear, responders arrived and went immediately into live active shooter response.

3.  Weapons were not safety checked, did not have safety devices attached, were real, and were obviously loaded. 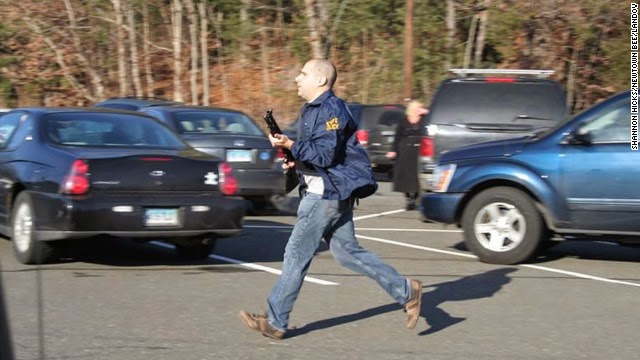 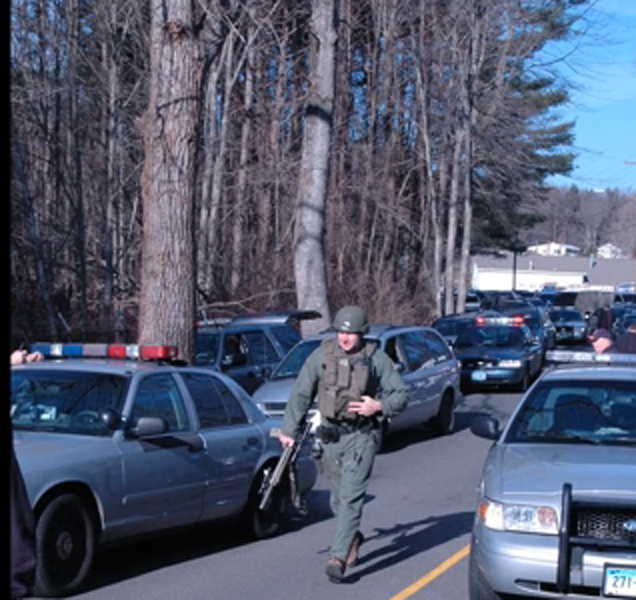 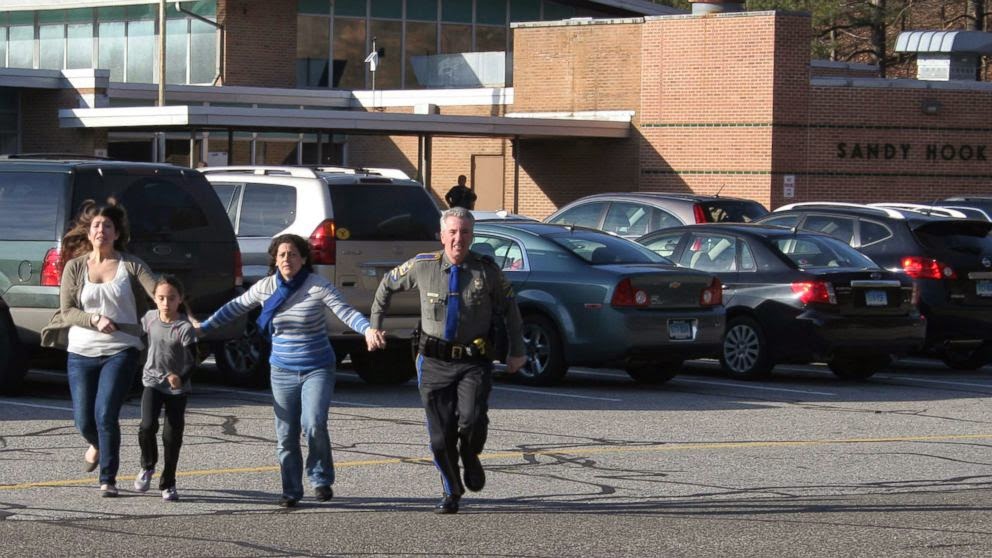 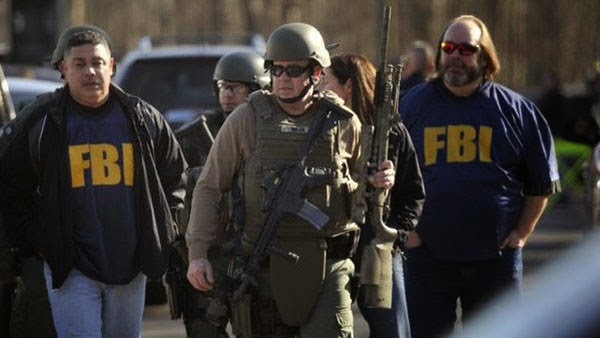 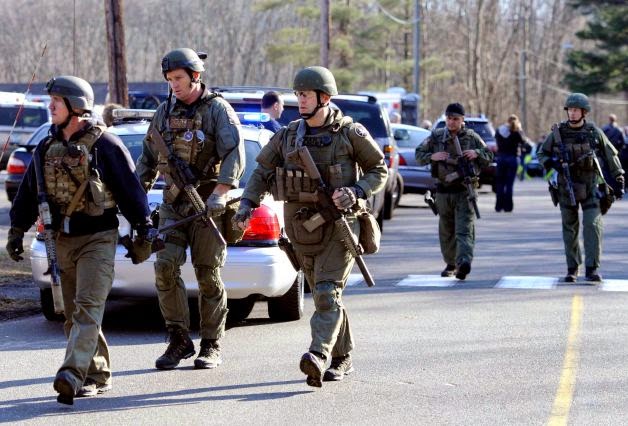 There was nothing organized about the early response to Sandy Hook. Officers arrived Code 3, lights and sirens blaring, and ran into the school.  None of the officers were carrying fake or simunition weapons.   A drill would have been a tightly controlled event with safety monitors and evaluators. The activity would have been stopped and started as need to maximize the training.

It's quite obvious to any rational person that there was nothing that was "drill-like" in the response to Sandy Hook.

Connecticut Law on use of lights on emergency vehicles:
http://statutes.laws.com/connecticut/title14/chap246/Sec14-96p