you On October 9, 2015, Santa Clara Superior Court in the Great State of California formally issued judgment against Wolfgang Halbig for his ongoing attempt to chill free speech of bloggers.

The matter was heard August 11, 2015 and has been fought out in the months prior.  This blog has published numerous articles; however, until now, we have not had judgment documents to present.

Wolfgang Halbig likes to go on the web, radio, video, online, and television and speak on himself, Sandy Hook, and of course, his favorite topic, fundraising. At the same time Wolfgang uses his public figure status to raise donor funds, he uses those donor funds to silence anyone who would speak on those same subjects he speaks on, if Wolfgang disagrees with the content.

As a public figure, Wolfgang should know better.  Using his charitable organization funds to batter anyone who speaks out on Sandy Hook is clearly un-American and anti-free speech.

At the very heart of free speech is the right to speak on public figures and matters of public concern and the courts have consistently ruled in favor of the defendant.

The court agreed here as well, and has found Wolfgang in violation and awarded this blog fees and costs of $22,450.  The judgment collects interest at a statutory rate pursuant to state law.

Amazingly, and unfortunately, Wolfgang's attorney (in addition to Wolfgang's personal lap dog and troll, Tony Mead) is stating Wolfgang will appeal the ruling.  If Wolfgang does appeal, the stage is set for an epic battle whereby Wolfgang will face cross appeal that will be in the $100,000 ballpark; however, admittedly the exact figures are unknown at this time.

Wolfgang will lose the  appeal because he is clearly in violation of California's very rigid Anti-SLAPP laws.  One need only look at the cases involving Larry Flynt and Jerry Fallwell to see that Wolfgang simply does not stand a chance

With regard to Free Speech, if a good man like Rev. Jerry Fallwell cannot beat a slime ball like Larry Flynt, what chance does a radical conspiracy theorist hoaxer scumbag and public figure like Wolfgang Halbig have against bloggers fighting for the rights of Sandy Hook victims?  He has no chance.

Wolfgang's use of donor money would obviously be better spent elsewhere, such as perhaps, doing what he promised when raising his money, going after Connecticut. 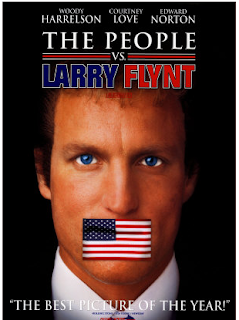 One thing that is for sure, this is more Sandy Hook Justice donor money that could be used against Connecticut and for FOIA requests; instead Wolfgang is using it to attack and chill the First Amendment of bloggers.  Why? Petty rage?

At the same time, Wolfgang has dismissed his case against Newtown as reported here:
http://sandyhookanalysis.blogspot.com/2015/10/wolfgang-halbig-withdraws-lawsuit-vs.html

Could Wolfgang have done better versus Newtown had he not dumped tens of thousands of donor dollars into failed attacks on bloggers?

What could Wolfgang have done if he was not paying attorneys to fight against bloggers?

Wolfgang is claiming he needs money now.   On the same day the judgment became availabe via the attorneys, Wolfgang published his "ALL CALL FOR HELP", which oddly, even included the Sandy Hook Facts" name.   Coincidence? 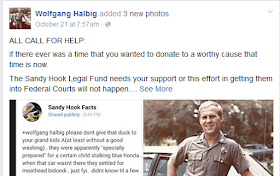 Is Wolfgang Halbig using hoaxer donation money to their benefit and in accordance with his promises?

Or is he wasting the money on personal vendettas that stand no chance of success. 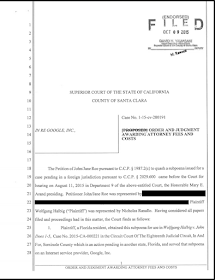 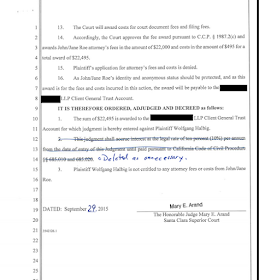 Sandy Hook Facts stands ready to vigorously defend our rights in court. We will not be intimidated by hoaxers.